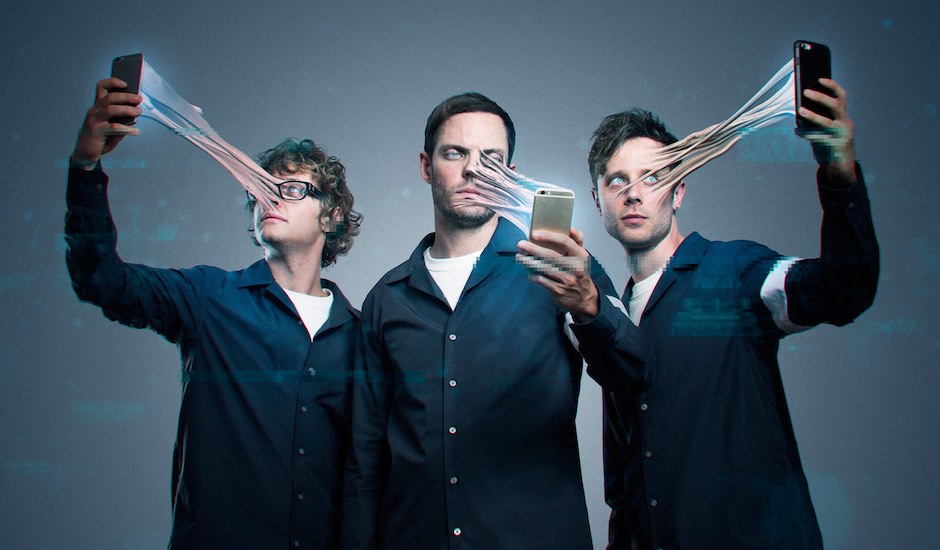 Brisbane indie-rockers are worried. The machines are taking over, they lost a guitarist in 2016, and content is king. But rather than be defeated, they've manned up, enlisted actual artificial intelligence to replace the guitarist, and smashed out a fantastic sophomore album in today's CONTENT. Slightly adding to the group's worries? Fans didn't even seem phased by the addition of "Alex" the AI: “Everyone’s nonchalantly like, ‘Oh! Cool!’... Another song imagines a future where we’re all working for Google and people say: ‘Yeah. That’ll probably happen.’ I mean, shouldn’t we all be worried about this shit?”

So chuck on your tin foil hat, tuck into CONTENT, and meet the fellas below ahead of their November album tour:

We’re a born again indie-rock band called Hey Geronimo. We started out wanting to play 60s-inspired bangers, but grew tired of being a “party band”. Way too much effort. Our career highlight was the dude from Wheatus (Teenage Dirtbag anyone?) giving us his vodka at Newcastle’s now defunct Fat As Butter Festival. He was actually a very pleasant gent.

Our new release is a concept album about the horrible and inevitable future our society faces as technology changes how we live. You know – what most pop records are about! For better or worse, the sounds are influenced by our favourite bands, ie The Beatles, Radiohead, Beck, The Beach Boys, Blur etc. Lots of melody, lots of hooks.

We build around demos in the studio. We’ll get a demo, put it into Logic, then build on top of it. There are three songwriters in the band, and we all throw our two bob in. We’re lucky enough to have a good home studio in the group (Pluto’s dad won an Aria in the 90s for writing Read My Lips by Melissa (lol) so the whole process is pretty lax. Recently we replaced our leaving guitarist with AI, so that’s been interesting. It serves up a lot of shit, but it also plays some great stuff too. A lot of the lead guitar on CONTENT is from the AI.

Can you tell us about the single Working For Google?

Working For Google is what we’ll all be doing in 20 years time, when Google has taken over the world, and we all live in an Orwellian nightmare. Seriously though, who would stop them if they wanted to? Corporations have unchecked power in
modern society, and it’s only getting worse. That’s what this song is about.

We’re touring the album in Sydney, Melbourne and Brisbane in November. We’re doing something a little different for this tour – the whole show is accompanied by visuals and we’re playing the new album from start to finish. Sydney is in an art-space and Brisbane is in a “barcarde”. It’s going to be a fun tour:

Our shiny new album CONTENT is out on Friday 7 September, we’re going to tour that then get straight back into the studio. At this stage the next album is going to be something in the vein of Crosby, Stills and Nash. No songs about robots allowed.

We’re all good music is streamed for pennies! (Spotify, Apple, YouTube etc). We do have a Bandcamp, but music is pretty much free these days, so best to find it streaming. 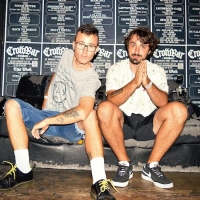 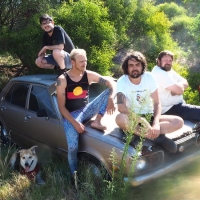