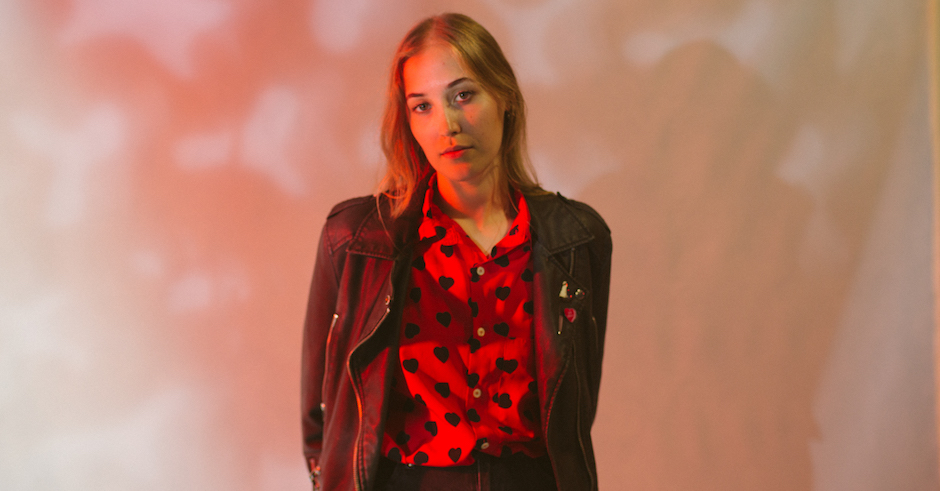 There's something about Hatchie that just has the... wow factor, for lack of better terms. She's one of the most unique acts in Australia at the moment, occupying this bridging zone between dreamy pop and expansive, acoustic shoegaze with singles such as her 2017 debut Try, which thrusted the Brisbane musician into the limelight and set the pace for a big year ahead. Since, she's followed it up with a bound of incredible singles, Sure and Sleep among them, which have positioned Hatchie as not just an Australian force on the edge of stardom, but an act starting to break out internationally too.

Over the past year, Hatchie's world-conquering victory lap has seen her pop up on the radars of international tastemakers like Pitchfork and The Fader, slots at SXSW and The Great Escape, plus a bunch of big international shows, many of which selling tickets in the hundreds. Her debut EP Sugar & Spice, out through Ivy League Records, combines these previously released singles with a brand new one titled Bad Guy, each exploring different flavours of her expansive sound that feels as lush and uplifting as it does vulnerable and personal, something that Hatchie says comes from wearing her heart on her musical sleeve, if you pardon the cliché. "These songs were written more for myself than for a specific project, in an effort to explore feelings of vulnerability and ecstasy I had previously suppressed," she says on the EP. "I wanted them to sound lush, sparkly, and recreate euphoric feelings I experienced falling in love for the first time. They were all written without much thought or pressure from myself or anyone else, allowing me to lay my feelings out like I’ve never done before."

Having just come back from the UK, Hatchie kicks off a national tour supporting DMA's tonight, which will take her across the country before a trio of east-coast headline shows in July. Hatchie is on a path to world domination at the moment, stay out the way.

Hey Harriette, thanks for taking the time to do this amongst your super busy schedule! Some of the songs on the EP – like Try – have been in the works since early 2015. How have things in your life changed since then?

No problem! I’ve done quite a bit – I graduated uni, changed and quit jobs, moved house, written and released a bunch more songs and toured the USA and now the UK.

You’ve said that the EP marks a turning point in your writing style – was there anything which triggered the change in your approach to writing music?

I guess I started putting in an effort to write music more for myself than anything or anyone in particular. After that, I found I was writing better, more honest music. Now I really enjoy writing music specifically for this project. I also moved from writing on acoustic guitar to electric & synths, which allowed me to play around with the style as I wrote, rather than once I was in the studio.

You’ve also mentioned that singles like Try and Sleep were written to explore feelings of vulnerability and happiness you had suppressed for so long. Does writing about these feelings feel therapeutic for you? How so?

It definitely does. I think it helps me move past things that I used to dwell on a lot more, like being angry or feeling embarrassed or regretting something. It’s helped me get over things a lot quicker than I used to because I feel like I can put all of my negative thoughts & feelings into a song and know that I’ve dealt with them in that space.

Sure is written about the struggles people you know have faced in their relationships, rather than the struggles you’ve faced. Do you find that writing about other people’s experiences makes it easier for you?

I guess it does, yeah; it gives me more to think & write about. I think the more I keep my writing more open and vague, the easier it is to relate to as well. I don’t want everything to just be about my specific experiences – that would be repetitive and boring both for the listener and me.

Your music is really unique to Australia – it has pop elements to it, but it’s washed out with these hazy guitar melodies that sound more shoegaze-y. Do you believe that having a uniqueness to your music helps it become more popular?

I think keeping it open and not backing myself into the ‘pop’ corner must help things! I like that my sound doesn’t adhere to one strict genre, I always wanted it to be that way.

You’re currently touring in the UK, and you’ve also just powered through a US tour too. How has the international reception been? Are there any noticeable differences between your experiences touring overseas and Australia and the crowds you’ve faced?

It’s been unbelievable. We had packed out rooms for almost every show, which is really gratifying and fun! I think because the songs have been out for longer now people have had a chance to really get to know them. People are singing and moving along to the music more now than our previous tours in Australia.

2018 has been an incredible year for you so far – international acclaim, your debut EP, headline tours. You’re touring with DMA’s in June, and doing a headline run of shows in July too. What’s on the cards for you for the second half of the year?

I’m jumping straight into writing and recording more music and heading back overseas. I can’t wait! 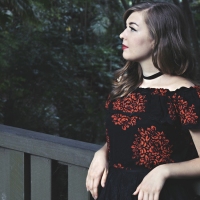 Track By Track: Ruby Gilbert takes us through her moody debut EP, Dearly BelovedShe launches it Saturday 2 June at Bloodhound Bar in Brisbane. 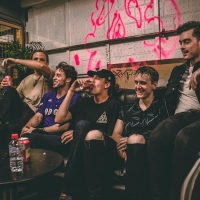