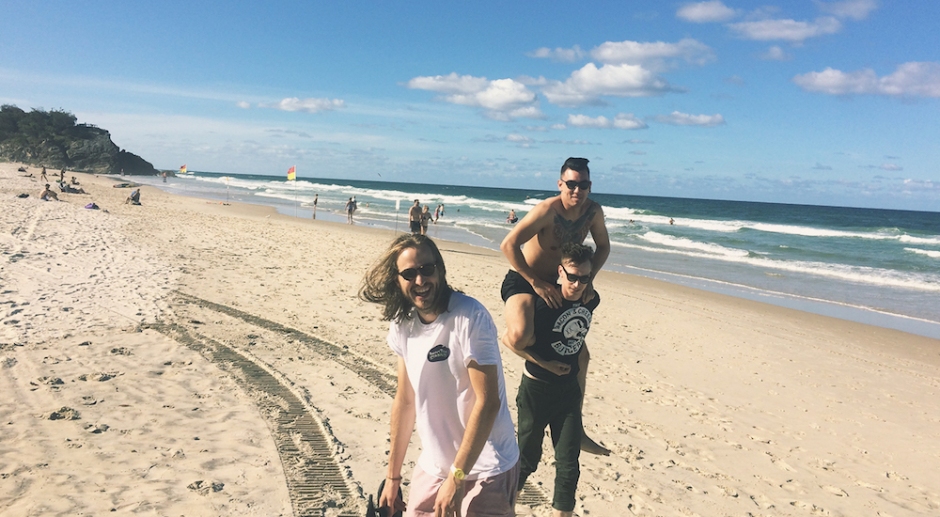 A few weeks ago we had the pleasure of premiering a new single called Tethered from Melbourne three-piece Halcyon Drive, and in the weeks since they set sail for the high roads, touring it up and down the east coast. The gents made some notes whilst on their journey, and have collaborated those thoughts and feelings into the piece you see below, accompanied by some photos that will probably make you wanna go to the beach and then a rock show. Enjoy:

Woohoo, we're on the road for our first ever proper run of East Coast shows! After a mega kick-off in our hometown Melbourne last weekend, first stop is the Beach Hotel in Byron Bay...

Arrived in Brissy this arvo, walked around the airport fairly lost for a while - then the usual Tetris fun and games making gear fit into our hire car. We've scored a Toyota Kluger, so this leg of the tour we're riding high like Toorak mums in their tractors. Fun times. Slightly schizophrenic car tune selections this arvo fluctuated between old school New Order and Nine Inch Nails, through to a bunch of random hardcore bands the boys are digging at the min. We're cruising down the Pacific Highway to Death Cab For Cutie as I write this from the back seat on the way to Byron for tonight's show.

After a short beach stopover on the Gold Coast, we shared the stage with the lads from Wharves and Nocturnal Tapes tonight. Some amazing vibes from some seriously up and coming bands and a bunch of lovely dudes to boot! Nocturnal Tapes tore the roof off with a banging set that I could see going down a treat at Meredith at 2am etc. Bloody fun evening all round. The Beachie has indeed always been good to us. 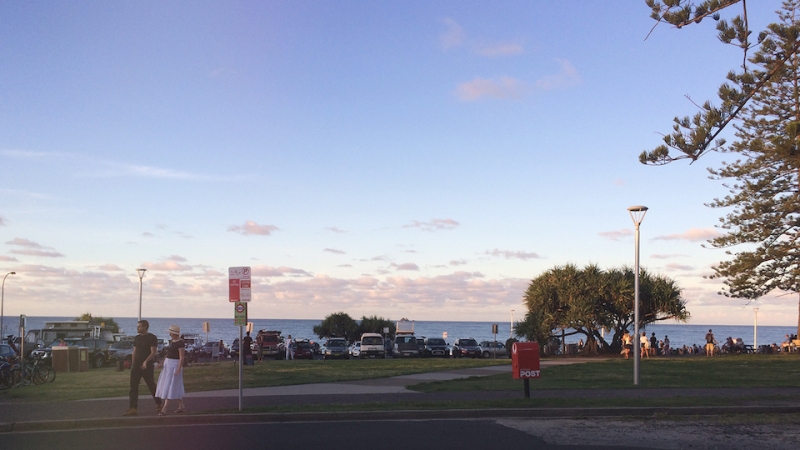 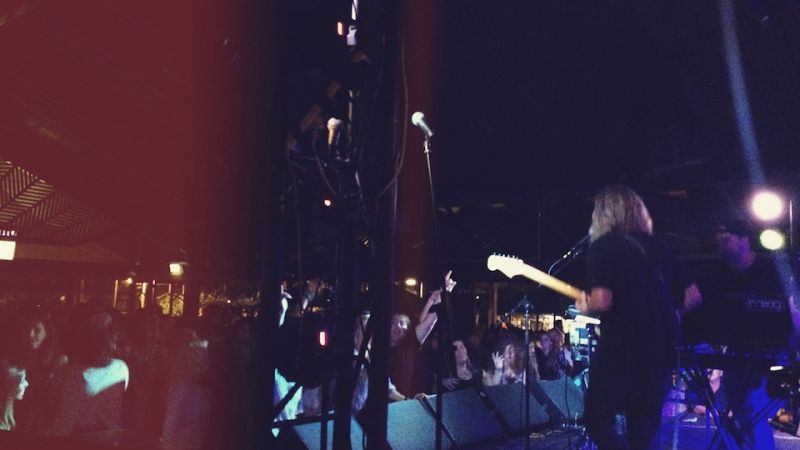 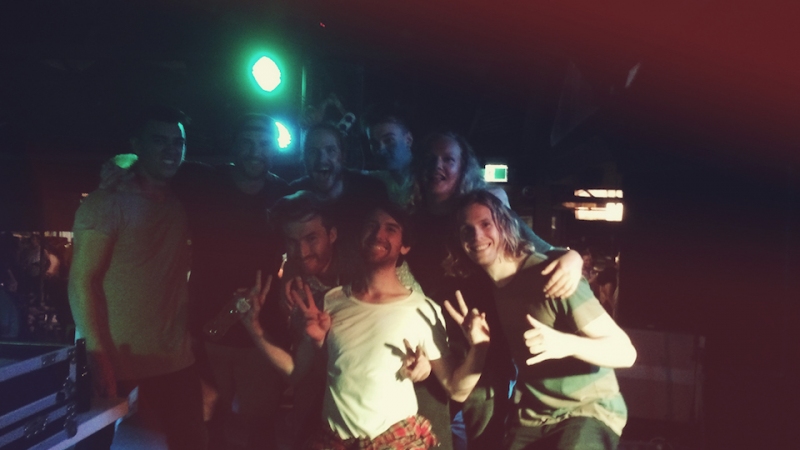 On the road back to Brisbane after a refreshing morning swim and brunch; the essentials of any band tour really. This morning’s tunes in the Kluger are a little more eclectic - Hiatus Kaiyote and White Denim featuring heavily. Checked into another motel straight out of a Tarantino film - seems to be a running theme so far on our interstate trips... I’m yet to witness any brutal murders, gimps or drug deals. Will keep you posted though. 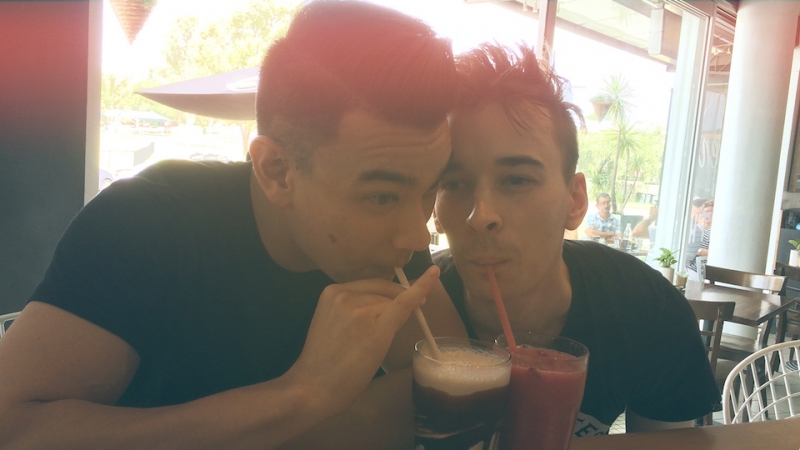 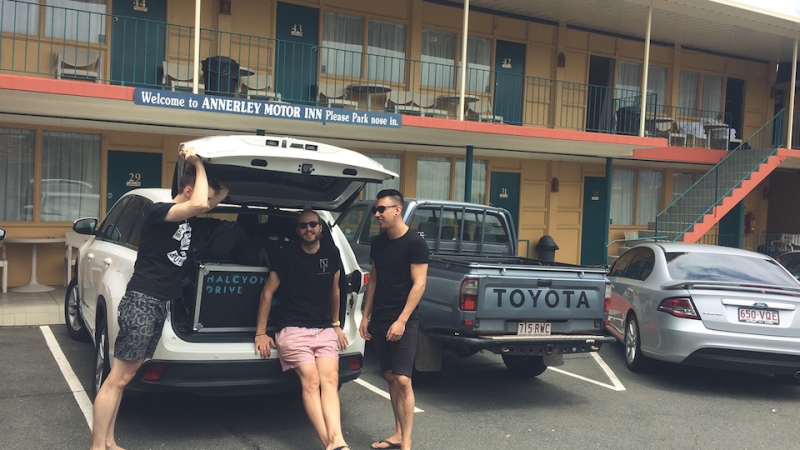 Played the Milk Factory tonight, which is a really awesome little venue in Brisbane’s West End. The type of place you'd be at a lot if it was your local - I can recommend the chicken wings. Wharves were along for the ride again, as well as local lads Hound, who proved that sinking many, many, many beers is no obstacle to smashing out a vibing set. Basil spent much of tonight's show on top of the drum kit; which was fitting given the limited stage size. Once again we had a super fun time and it was awesome to see some locals making the trip out to just to see us - it's what makes these trips worth all the while! 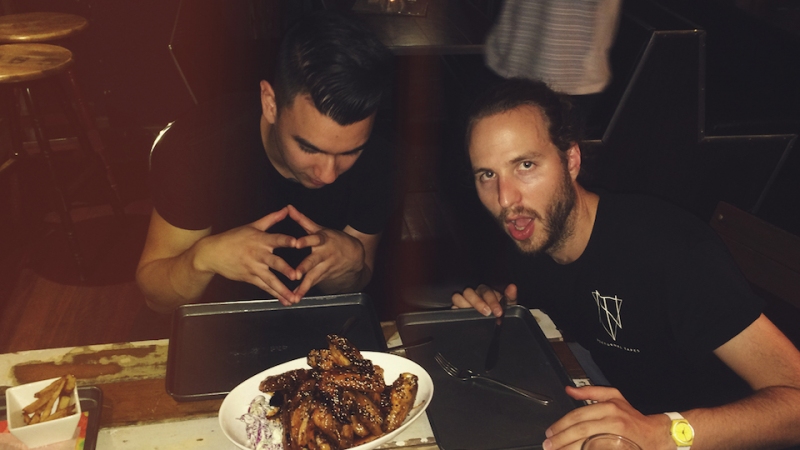 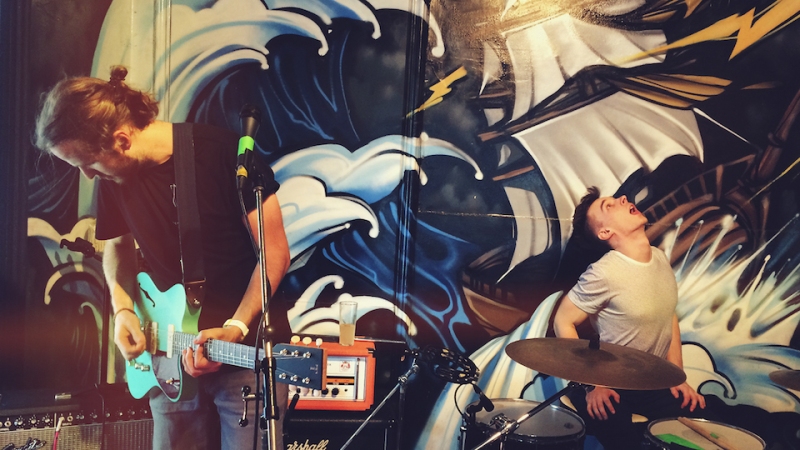 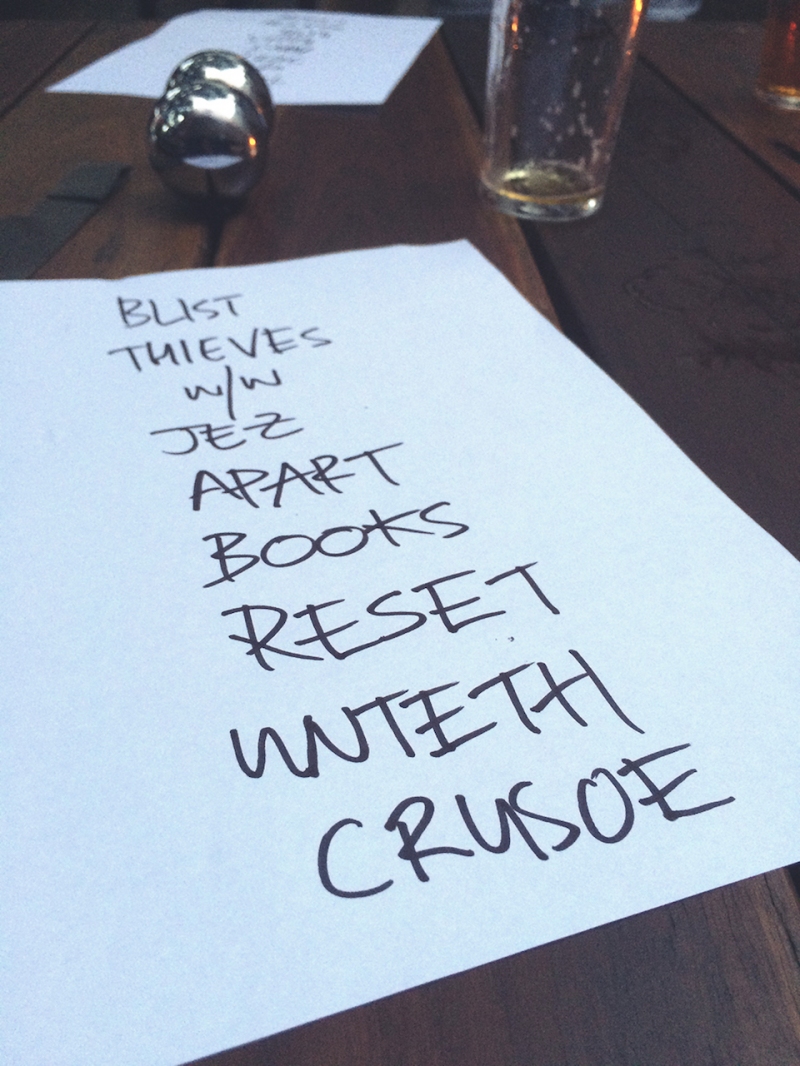 A new week, a new journey... Heading up the Hume on our first ever real road trip as a full band towards Canberra. The Halcyon Drive mobile is packed to the hilt - mostly with Max’s drum kit- which we are bringing essentially so that Basil can jump all over it at shows. Tune selection was again eclectic, but the new Miike Snow album and Polica were dissected in the morning session. Basil napped for two hours in the most uncomfortable, feet-on-the-dash-hugging-a-pillow position imaginable, breaking all band records.

This was followed by a session of Seinfeld listening - of which Basil and Max are so adept they need not even watch the video but can envisage each and every scene in their minds. I was backseat enjoying actually watching it. A picnic lunch by the Murray River in Albury was serene, and before long we'd made it to sunny Canberra.

Transit Bar is a sweet little room in the middle of Canberra; it was awesome to see the posters of so many of our favourite Aussie acts still lining the walls. It's nice to feel a part of that legacy. We were staying in the hostel literally above the band room - which always makes for a fun time. The Milk Records tour was also in town that night over at ANU - so Canberrans were spoilt for choice - we were stoked to have so many people come and join us at Transit and let us share our tunes.

Well it's certainly a short and sweet little tour - already sad to feel it coming to an end with our second last show at Waywards, Sydney. It was again just great to see people heading out to see us - it's been a huge buzz having folks travel in to see these club shows - and it means the world to us! We played on the floor tonight because the stage didn't have enough room for the three of us. Good practice for our final show at RAD bar tomorrow night… 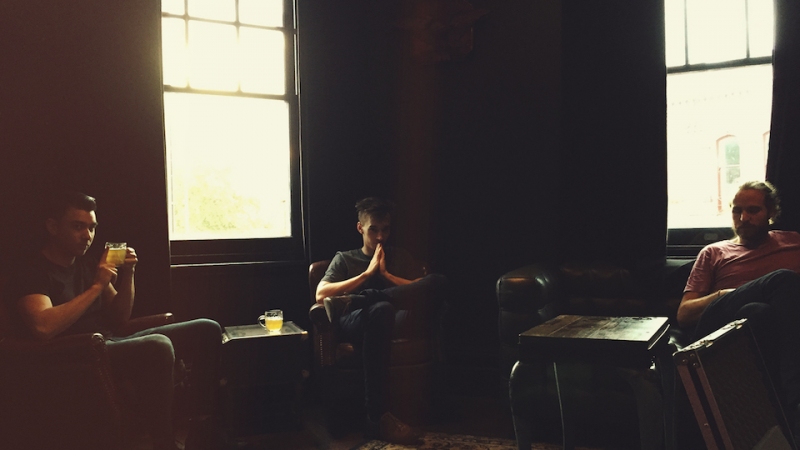 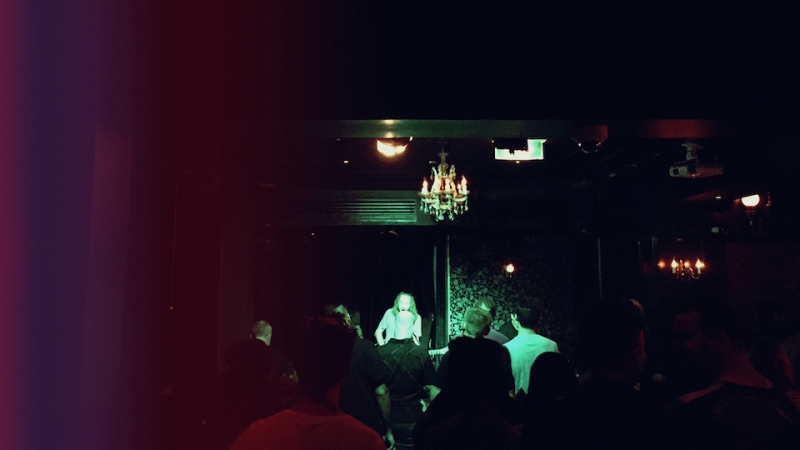 Woweeee - what a way to cap off our first ever East Coast tour! Today we drove the coast from Sydney to Wollongong, windows down, accompanied by the sounds of Phoenix and Arcade Fire amongst others. Such a pristine little part of the world too - a beautiful drive along the cliff tops. Before hitting the Gong we made a quick pit stop at Bulli Beach for an obligatory throw of the Frisbee. At Waywards the night before we'd also stumbled upon The Stiffys’ infamous boogie board that they'd somehow misplaced in the green room at Waywards - that of course got a run in the surf before we hit up Rad Bar as well. 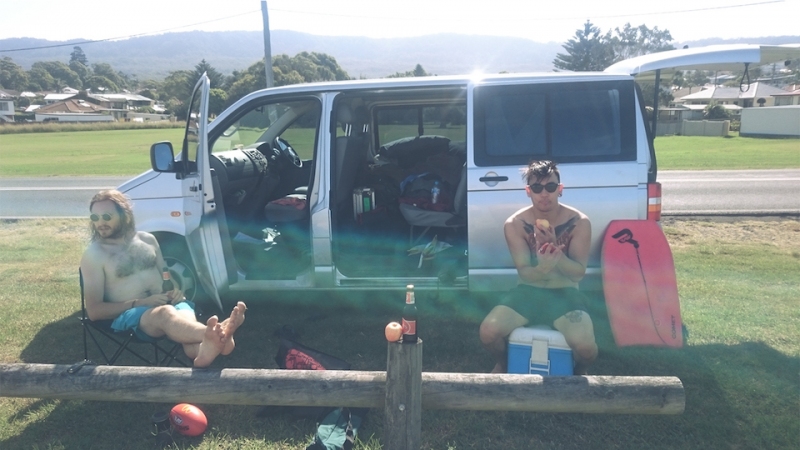 This show was definitely the highlight of the tour - we had folks literally rocking up in flippers for a dance - and at times Basil was playing his bass from the second story above the stage. Definitely one of the most crazy, energetic shows we’ve ever played, and it was the crowd that really fed that - such awesome vibes! A super cool little venue, great staff and also a shout out to the lads from The Maze and Glab who supported. Some serious talent in amongst it there - Glab’s drummer/vocalist we later found was actually the guitarist/vocalist - but was just subbing in for this show... You know, coz that's easy enough! 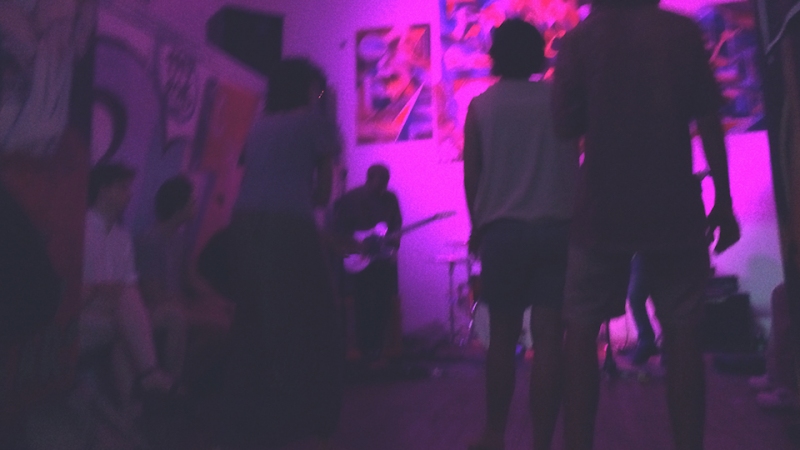 Time to wrap it up. What a whirlwind few days - but we do need to thank everyone who came out to shows to see us on this tour it was such a buzz to meet genuine fans - both older and new it means everything to us. We'll be back before too long. 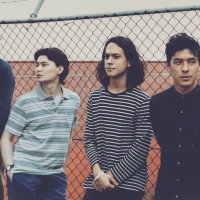 Last Dinosaurs announce Aus' tour, and want you to rework one of their tunesRemix Apollo for the chance to win a Last Dinosaurs custom-designed effects pedal. 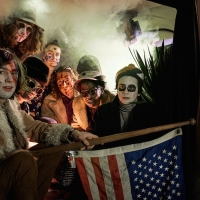 Premiere: The Nude Party kindap a new friend in the clip for Life's A JokeThe US outfit will be making their SxSW debut this week.
Bands