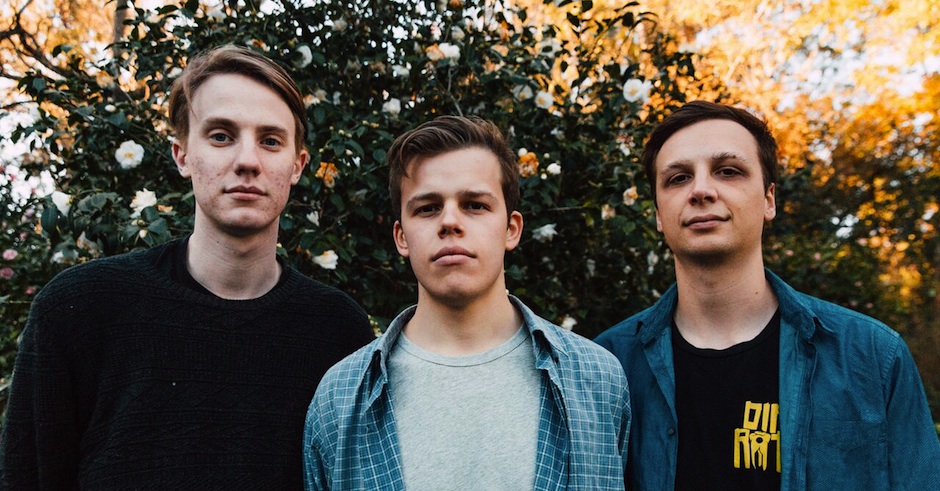 It's taken Brisbane trio Columbus just three short years following the release of their first EP, Sad Songs And Sing-Alongs, to establish themselves as one of the most loved and respected bands in the Australian punk scene, and with their debut album, Spring Forever, dropping last Friday; they appear primed to make their mark on the rest of the world. Spring Forever is hands down one of the most honest and heartfelt punk releases we've heard this year, and the air of maturity and continuity around the songs will no doubt fool first time listeners into thinking Columbus are a band several albums deep in their career. We had the pleasure of chatting with Columbus' frontman Alex Moses to chat about our massive love for Spring Forever before the band takes the stage at BIGSOUND next week.

How's everything going man? How was your weekend?

We had a pretty big weekend actually. The album came out Friday, so we went out for a few celebratory drinks Friday night and hung out in the Valley a bit, saw a few friends, and then Saturday spent most of the day in bed doing a bit of study, a little hungover. It was a real good night.

Speaking of the album release, did everything run smoothly for it?

Yeah, the timeline worked out well, so everything was actually pretty smooth. In the past, like with the last EP, I remember we had to put one of the videos out at 9am and we didn't end up getting it back until 8am that day or something. With this release everything was real smooth, it was a really easy process for us.

And how has the response been towards Spring Forever so far, do people seem to be digging it?

We're pretty overwhelmed with everything so far. It's a 12-track record and there were three or four singles that were out just before the album, but a lot of the other songs that people hadn't heard are the ones people are really digging, which is awesome, and some of the songs from the album that we thought might not be favourites seem to be getting a bit more play than the others, so that's exciting.

I saw a bunch of people requesting songs from Spring Forever on triple j's Short Fast Loud FB page last week, so that must be a pretty good sign?

Oh really? Yeah dude, it's pretty exciting to get support from triple j. Being a rock/punk kinda band, getting airplay like that is a real big thing for us; so every single time we get played on triple j we have a little freak out. It's a big deal for us, so i'll be pretty excited to hear any more of the songs getting played on the radio.

You recorded the album with ex-Defeater guitarist and production guru Jay Maas. What was it like working with a producer who has so much experience and has worked on so many great releases?

I think he was a very good choice for us. We'd never met him before recording the album but we had beers with him the night before we started. He's the type of guy who can knuckle down and get work done and he pushed us and gave us honest opinions on some of the songs that needed it, but then when it was time to knock off and maybe go have a beer he was a great guy, really laid back and down to earth, and I guess those are the types of people that we really wanted to work with. But yeah, Jay was there to provide a good, honest opinion and he kind of gave us a fresh set of ears for songs that we'd been hearing for a few months.

What are some of the biggest changes, sonically and stylistically, that people might be able to hear on Spring Forever - compared to the Home Remedy EP?

I think that the album is definitely a bit more 'rocky'. We still love playing pop-punk music but some of the songs definitely have a bit more of a drivey, rock feel than the Home Remedy EP does. Especially songs like Absent and Stay, and I think that was a pretty natural progression for us. We just started writing rockier songs and liking more cohesive rhythms like that, so I think thats a definite change. Also, I guess we wanted to expand our horizons a little bit, especially in the studio, so I tried writing in a few different keys that I hadn't before, and I guess playing around with song structures and stuff like that. I think that the record is a little bit more mature than Home Remedy, lyrically, but we still wanted to keep that youthful, fun, vibrant energy that was there for the EP.

I understand that you wrote most of the songs for the record on an acoustic guitar in your bedroom, which is obviously a really personal way to write. Do you ever find it difficult to share those songs, particularly the more personal ones, with your band mates and even with fans when you play them live?

I do find that difficult. Almost all the songs on Spring Forever were written in my bedroom on an acoustic, I like to write like that. I never really write on an electric guitar, everything starts acoustic. But yeah, I definitely get that, I can't even show a song to my band mates before it's finished because I'm very self conscious about it and embarrassed that it's not good enough, so I have to go back and finish it, then once it's finished I'm not so scared about showing them the songs. Then obviously going and recording it and putting it out to the world and saying "Hey, here's this thing I wrote", if it's really personal to you that part is always a little bit scary, but obviously, and I'm sure most musicians can relate, writing music and playing it is a very cathartic experience and can often help with whatever things you might be going through or things you might be writing the songs about, so I guess that while it might be a little bit scary to do it, it's obviously a great emotional relief to be able to put your feelings into music, so I guess it's a double edged sword, but it's definitely something that I love to do.

You, Daniel and Ben have been jamming together since high school, but in terms of gigging and then releasing the two EPs and now the full-length; would you say things have progressed pretty quickly for you guys? Two EPs and an album across three years is pretty good going!

Yeah, I think once we started taking things seriously things have moved forwards pretty quickly, and every single time something new and exciting happens, like another tour or release or an opportunity - we're always over the moon with what that next thing is, you know? And I guess at the start, three or four years ago we didn't have many expectations around releasing an album or touring Australia or going overseas or anything like that, we kind of just wanted to write songs and muck around. The first goal for us four years ago was playing that first show, and we did that, and then we wanted to play another show, and then we wanted to make an EP, and now we've done an album and we just want to tour it everywhere. I guess each day you wake up with another new goal, a new step to take, and it definitely moves fast when you look back on it.

What's the dynamic like in the band? I take it you guys are a pretty tight unit given you've been playing together since high school?

Yeah, we're a pretty good group of friends, we muck around a lot and have some good times, but I guess it's good that we all know each others' levels and we can get down to work when we need to. We all play our own different role in the band and I guess we're used to that now. We've had, over the years, a bunch of people ask us: "Do you guys want a second guitar player?" or "Do you want me to play guitar so that you can just sing?" and stuff like that, and while that has crossed our minds in the past, we're such a tight group of friends that it'd be weird to have anyone else in the band. We're so used to each other and we've known each other for so long before the band was a thing, it'd just be weird to have someone else on stage with us. We love being a three-piece, too, it really does work well for us.

And you have the album tour kicking off in a couple of months time, which looks like it's going to be pretty huge for you guys. Are you dying to get out on the road and start playing those shows?

Yeah, it feels like our last tour was a little while ago now, and now that we've got the album out, even though I know it's only been a few days; I'm already dying to play the songs live and we're all really keen to see what the response is. BIGSOUND is going give us a little bit of a taste of playing some of the album songs live, but we all can't wait for the end of the year when we can get out on the road and get up on stage with 12 new songs, literally double the repertoire we had before and play a completely new set, so that's a really exciting thing for us. 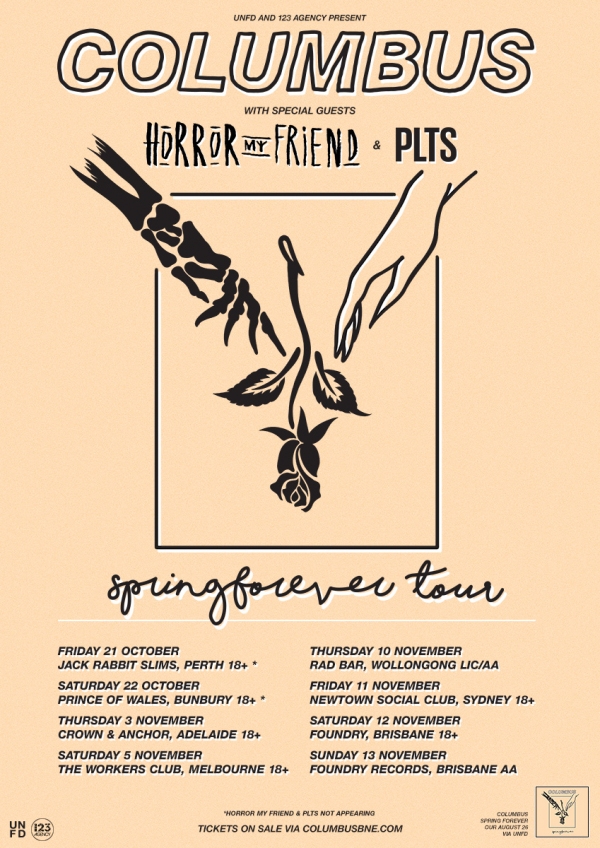 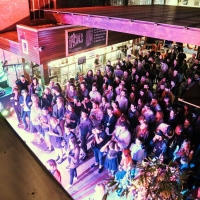 The Next Big (Sound) ThingsSome hot tips for next week's BIGSOUND in Brisbane. 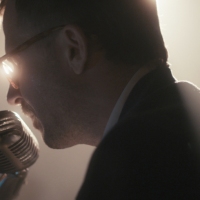