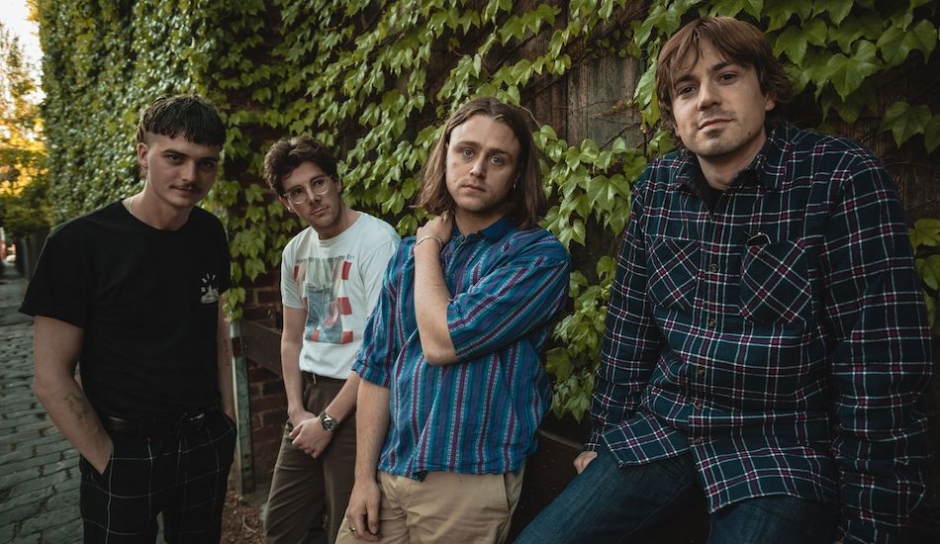 An unexpected star of Australia's indie-rock world, at least on an international scale, is Sydney group PLANET. That isn't to say their music isn't brilliant - their discography swerves between high-tier rock, catchy indie-pop and moments a little hazier and post-punk-like, each sonic texture fleshed out and explored to the highest possible level - but as a Sydney outfit who just a few years ago were playing local pubs, seeing them blossom into developing favourites in the UK could almost give you whiplash, and it's really quite incredible to see.

Over the last few years, the UK market has become somewhat of a second home for PLANET. Like DMA's (who with the obvious Oasis comparison have blossomed into an Australian favourite over the in the UK), PLANET have become representative of the next generation of Australian rock and how that's perceived internationally, shown through their ability to excel at festivals like the UK mega-event The Great Escape all while selling out shows back home - an increasing dominance in two markets that this shortly into your career, is a real rarity.

Their new EP, the five-track Maybe Someday, brings some hints as to why their success is so clear-cut. It's an encapsulation of the growth in maturity in the two years since their last EP Waking Eight; their sound shifting ever so slightly to incorporate changing musical tastes and influences in the band itself that this time around, really strengthen that connection to the UK and the area's notorious brit-pop sound. "We knew heading into the studio that we wanted the tracks to sound really big with even more pop influences than previous release," the band' says on the EP. "I think we ended up with five tracks that are true and honest to our ‘sound’ but also start to delve into areas of production and music composition we're all definitely excited to further explore."

With Maybe Someday, that exploration is definitely obvious. On the EP-opening Never New, they unite these hazy, washed-out vocals characteristic with the more pop-centric side of indie with glitzy guitar work that sits on the more relaxed side of their work thus far, while on tracks like Reason Why immediately following, that pop-centric vocal is still there - albeit over an instrumental a little more crunchy and raw, somewhat of an ode to the rich instrumentation of their past work, and how they jigsaw together layers with high precision.

Outright includes further exploration with sounds otherwise untouched by the group, bringing their trademark sound together with a subtle touch of strings, while the EP's title-track sports the band at their most anthemic, capturing the angsty pop-punk nostalgia of the early 00s in their own, distinct way. It's really a track that encapsulates the full EP better than ever; PLANET are toying with new sounds and trying out new things, but they're keeping other parts consistent to ensure you know you're still listening to a PLANET song, and that's a difficult thing to do.

"We really wanted to take a huge step forward in our approach to recording & producing this EP," the band continue. "Before heading into the studio we all spent a couple weeks away on a property in the country working through a truckload of songs and really narrowing down how he wanted the EP to sound. The best thing about writing & tracking a small amount of songs is that it really gives you a chance to hone in on the sonic qualities and styles you're going for."

Dive into the EP below with a track by track walkthrough from the band, who break down the EP's creation and inner themes one song at a time for the perfect reading accompaniment:

Pretty much all of the 5 songs on Maybe Someday were jammed and finished off at Tom’s Grandma’s farm in Mudgee (thanks Robyne!). We spent two weeks in a stinking hot old machinery shed and fleshed out a big collection of tunes for the EP. We shortlisted them and went to Parliament Studios in Leichhardt to track them with Lachlan Mitchell. We mixed it with him in his Marrickville studio and then they were mastered by Mike Tucci in the US.

This was our first single to come off the EP, so we thought it was a fitting opener to this record - it shows what’s to come. The recording process was a bit of a Frankenstein job, stemming from a few old demo’s Tom did a while back. The start used to be a copy + paste lick, which made it sound like a skipping vinyl - we changed it to a big bend instead. I liked the way this turned out with everything cranking in straight after. Big fuzzy pop song with verbed out riffs.

Funnily enough the second song on the EP and our second single. We had this song in the bank for a while as we were going to chuck it on the Waking Eight EP as a sixth song but chose not to. This is the oldest song on the record. It was first done in another side-project of mine at first recorded 5 years ago. PLANET beefed it up and we added some better production - it turned out real nice.

The newest of the lot! This song was wholly jammed out in the machinery shed, bar the picking lick at the start. I like the way the song evolves throughout, still nice and sluggish but energetic. The addition of the strings at the start make it more interesting (would be great to get a touring quartet one day) - they work great with the chorus alongside the hopeless romantic lyrics. Was really looking for that ripping War On Drugs-style guitar solo in the bridge. Brings it into another little dimension… Can’t wait to play it live.

Our third release and the main ballad on this EP - very happy how this one turned out. I have always wanted to do that classic Jesus and Mary Chain drumbeat in an intro of a song but never had the chance to do so until now! The bones of the song were put together before the farm but when we played it altogether as a band it came together very quickly. Another song with a very straight-forward catchy chorus. Very happy with how the mix + master turned out with this too. My second favourite on the EP.

The title track and my favourite song on the EP! Just a nice groovy vibe throughout the whole song, everyone plays so nicely on this recording - Tom is doing little verby The Verve-y licks in the verse then smashes hard into the chorus, while Harry’s drumming is so classy. This demo of this song was done ages ago, but wasn't until we fully figured out the chorus melody where it really came alive. We thought pretty hard on the production aspect of this song a lot more on too. Think it was a worthy finisher to tie the knot on the EP as the outro will be a good one to belt out at our live gigs to come! 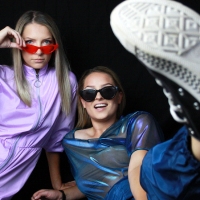 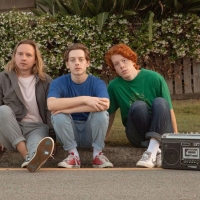 Meet Alt Fiction, who make beach-ready indie with their debut single, All My FriendsHailing from Queensland's south-east, the trio's debut single introduces them as an exciting, fresh new face to indie-pop.
Bands