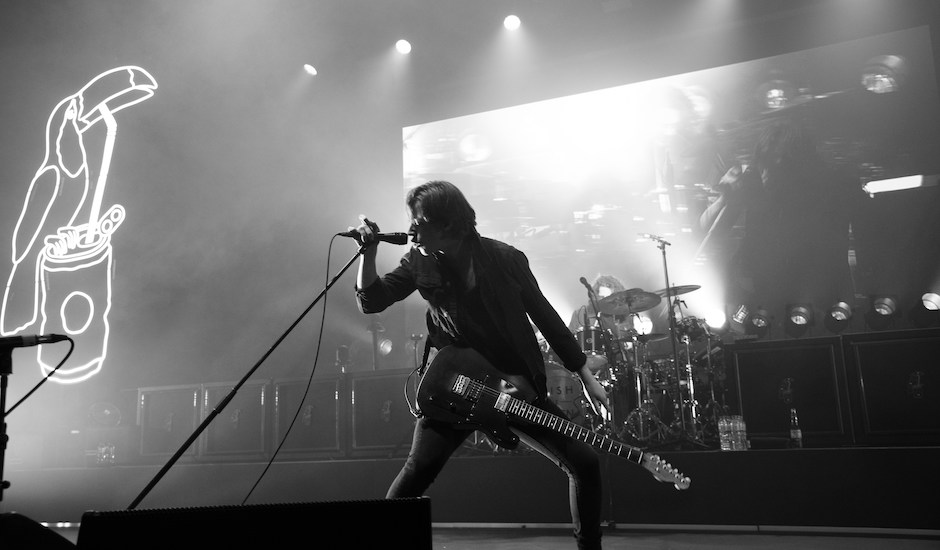 In 2012, The Guardian released an article about 'indie rock's slow and painful death', commenting on the sale figures of their top 40 albums of 2011 and how few despite being a rather critically acclaimed genre, there were major differences in the chart when ordered by commercial success. It suggested that the genre was seemingly in a bad place sales-wise while predicting that its slow decline would eventually reveal this area of music as practically non-existent today. The article also stated that this brand of rock music that stemmed from 90s alternative rock bands from the UK, was in a huge slump, which after the bar was well and truly raised with artists like Oasis, Blur and The Stone Roses, would have definitely made it hard to find a place as a fresh new band on the scene.

In conjunction with Britpop artists in the UK, indie rock music broke into the mainstream in the 90s, labelling acts with an ‘underground and independent perspective’ and gained commercial success in the early 2000s with the aid of music-sharing platforms like Myspace and YouTube. The 90s saw bands like Blur and Oasis rise up and take their place under the spotlight, moving away from the smaller scale gigs and embracing a larger fanbase, which as a result would inspire and act as the catalyst for a new wave of indie rock artists to emerge and eventually flourish, even against the doubts of The Guardian and commercial music trends as a whole.

This piece from The Guardian, shedding light on the popularity of indie rock music or lack thereof, played its part in suggesting to its audience and music lovers that the said genre was becoming non-existent. It had such an influence and with The Guardian being such a large platform in the UK, especially in terms of music reviews and news, the public were questioning what more could come from the genre. Even music critic John Harris said last year that “there is a sense that most rock musicians are running out of creative permutations as if the possibilities offered by 12 notes and the 4/4 beat have all been used up.”

However, while it seemed during the early-2000s that the genre may have been in decline, it only took a few years and the help of social media for it to rise again, pushed back into the spotlight by bands like The Kooks, The Wombats and Arctic Monkeys, who were taking the world by storm and bringing back a genre that might have once been called ‘forgotten’. These major Brit-rock artists have claimed worldwide influence in the time since, and if nothing else, proved that despite critiques, the demand is still there for these new-wave indie-rock, which today are taking control.

Fast forward to 2019, and amongst the highs of The Wombats, Two Door Cinema Club and The Kooks (who each released new music within the last six months), are a plethora of fellow Brit-rock bands established in keeping this legacy alive. Among them, is indie rock band Catfish and the Bottlemen - an electrifying four-piece that are taking full advantage of their place (and show no sign of losing it) by constantly touring and producing new music, becoming an essential, arena-filling band both in recording and on the live circuit in the last five years. The band surfaced in 2014, with the release of their debut album The Balcony, which has since gone platinum and is essentially what sparked their evergrowing fanbase. Since then, they’ve released The Ride in 2016 and this year, we were gifted with The Balance, an album that continues that typical Catfish sound as well as this new-wave indie rock-sound we have grown to love.

It’s been almost five years since they first hit the scene and Catfish and the Bottlemen have already released three full-length studio albums and have completed three massive tours, with this year’s Splendour in the Grass festival and accompanying sideshows being one of the legs of their current tour for The Balance. The album, generally speaking, is yet another extension of the talent coming out of this band as they win audiences over at their “pints in the air” sing-along live shows, which features tracks that are cleverly defining not only their sound but contemporary indie rock music, while also hinting at bright futures that suggest that indie-rock will have a place to stay in the next ten years, even if it looked quite the opposite just ten years ago.

An asset to the genre and many bands within it is major producer in the industry Jacknife Lee, who has recently worked on Two Door Cinema Club’s latest album, False Alarm (another band setting the scene for indie-rock music, alongside Catfish). Lee is a veteran when it comes to mixing and producing with indie and alternative rock bands, and gaining his insight on their latest album could be yet another method of creating an album that sees the indie rock genre thrive. They’ve still got that adored and electrifying Catfish sound behind them, however, The Balance seems exactly that – balanced; and like the name of the second track on the album, it definitely fluctuates between powerfully rocky tracks and toned-down steady songs, showcasing them as one of the most versatile bands in this space too.

Like The Kooks with Luke Pritchard, Catfish and the Bottlemen are driven by the iconic vocals of their frontman Van McCann, whose talents have been essential in establishing the band’s place today. On the live circuit, they're also similar to UK band The Wombats, in that they've grown to become Australian favourites with our country and its festival larrikin culture drawn to their guitar riffs and driving singalongs - something that's bound to be front and centre yet again when they tour the country later this month (they have already done 24 concerts in Australia over the space of four years, a comparison that is impressive considering they only just released their third studio album).

What is it particularly that Australian audiences love about these British bands and their control of the indie rock scene? Perhaps it’s the catchy songwriting that we can’t help singing along to? Or maybe it’s the desire for powerful lead guitar solos that we just can’t find anywhere else? Whatever it is, Catfish and the Bottlemen are definitely making sure it is far from ‘forgotten’ and is still alive today more than ever. Catch them at Splendour in the Grass next weekend, with headline sideshows planned through the week following - tickets and dates here. 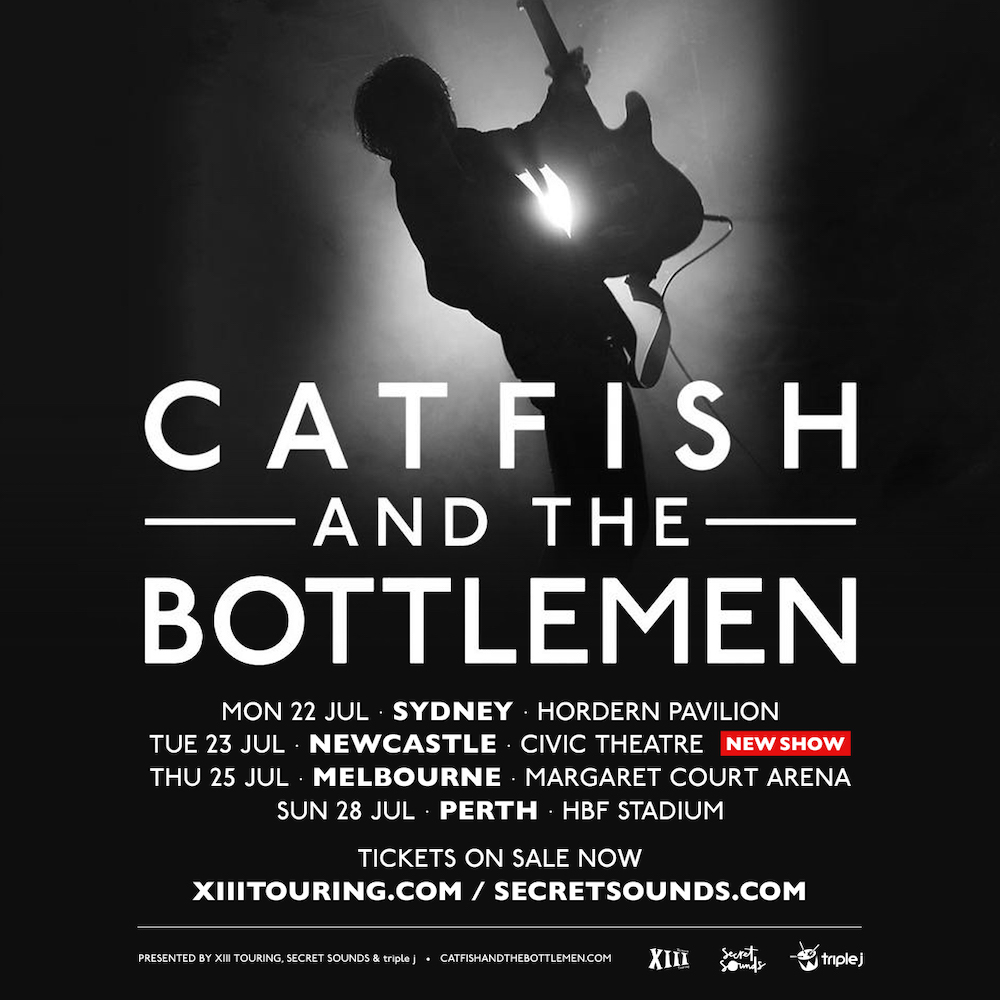 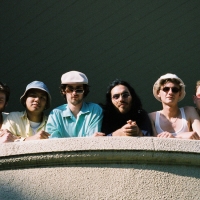 Premiere: Melbourne's Sunnyside drop a new song, Coconuts, before Japan tourThe growing six-piece will be up in Japan for dates across July, including the acclaimed Fuji Rock Festival. 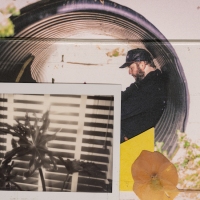