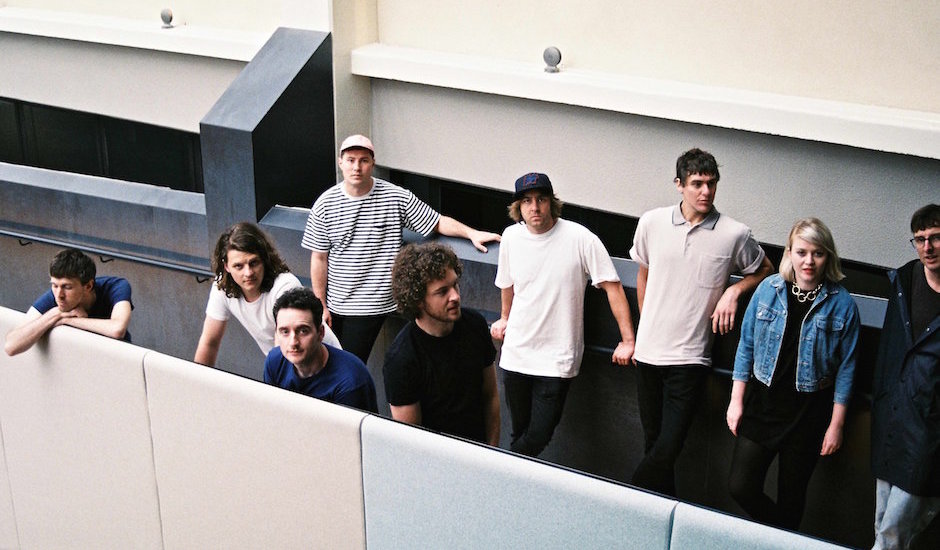 Melbourne nine-piece Dorsal Fins are gearing up to head out on their Digital Zodiac album tour, traversing around the country over March 2017, and to mark the occasion trumpet player/bandleader Liam McGorry (also in Saskwatch), sent us nine things you probably didn't know about the group. And we're sure glad he did, because this is one glorious list. Give the album a spin while you check 'em out below, and check those tour dates down the bottom, including a couple over in the west at Babushka on April 1 and Mojos April 2.

1. Robert had a short spell as an actor on Neighbours. His acting career was cut short after he was fired for getting in to an altercation with Harold at the Christmas party.

2. Ross has an irrational fear of balloons.

4. Recorded a 7” tribute to Wings called Fins At The Speed Of Sound… out now:

6. Dorsal Fins actually have five bass players in the band.

8. The band was actually featured on Neighbours on Episode 7469. Mind Renovation, the record, was given as a gift to Piper for her birthday, and there’s a slow dance to Monday Tuesday at the end of the episode. Apparently we played the Erinsborough High School Formal too… 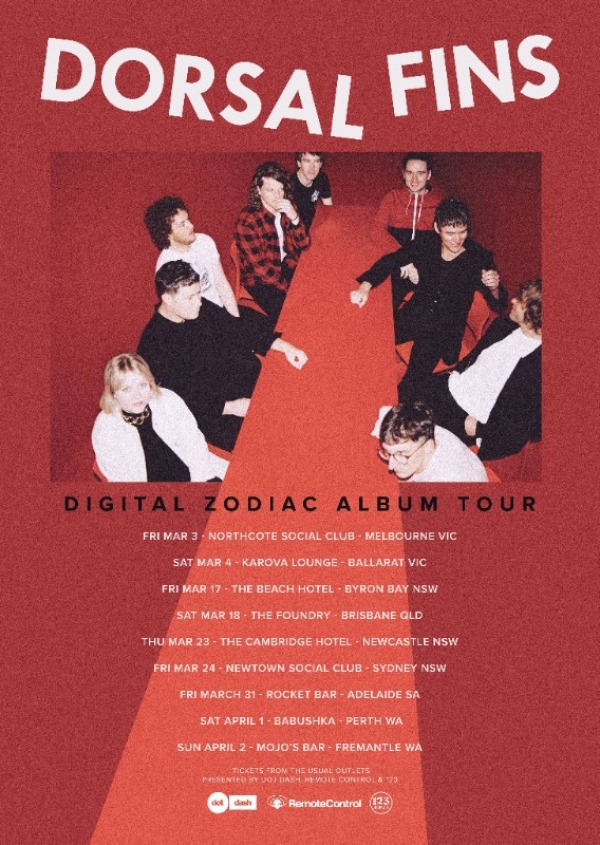 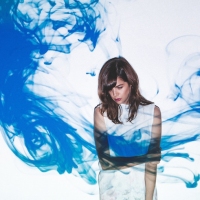 Matsu and Fait link up once again for another breathtaking video clip for ReverieWhen two creatives have a complete understanding, the results speak for themselves. 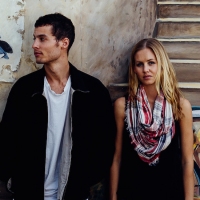 Premiere: The Money War preview their debut EP with new single and video, StarsThe six-tracker is due this April 7.
Bands