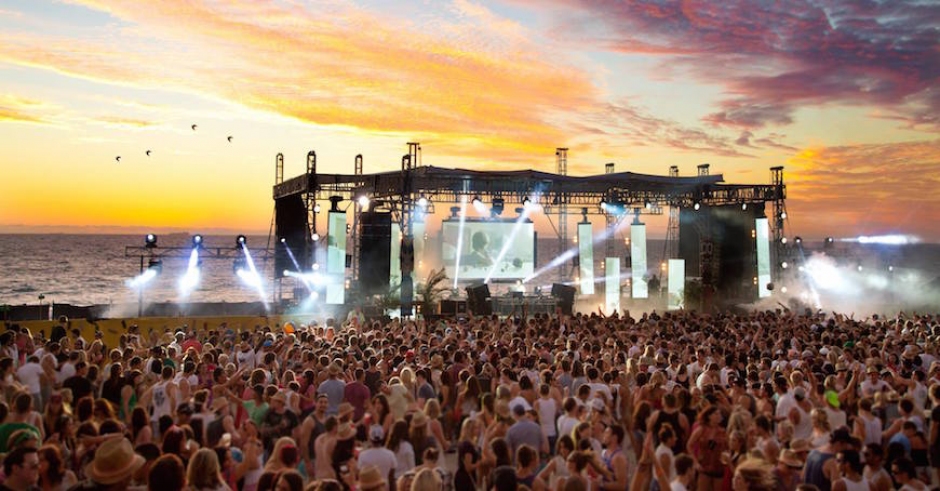 Sets On The Beach has been a fixture of the Perth summer calendar for a few years now, taking over the Scarborough Beach Amphitheatre for a few special shows each end of/new year period, hosting a huge role-call of national/international live acts and DJs since its inception in 2010. Having such a picturesque location has enabled organisers to put on lineups that aren't just your standard festival fare, in recent times hosting artists like Louis Futon, Golden Features, Alison Wonderland, Hayden James, Hermitude, Touch Sensitive and most recently Odesza, Chela and Soul Clap. Lately organisers have also seen a necessity to shift venues following re-developments at their original home, but keeping that beach and beats atmosphere that's made it so popular over the years:

Their final edition of this summer hits another new venue - Port Beach south of Perth - sticking with another epic lineup of up-and-comers mixed with established acts, and we're gonna have a little dig through what you can expect.

We've also got a double pass up for grabs - just email us at info@pilerats.com with "SETS ON THE BEACH" in the subject header and your details in the body.

The Aussie duo who take over your radio every Friday night for triple j's Friday Night Shuffle had a huge 2014 with the release of their latest album Photographs, featuring a heap of huge singles like Back & Forth feat. Elizabeth Rose and Tear It Down. They rep a live show second to none, featuring live drumming, epic visuals and ramped-up versions of their singles suitable to any dancefloor, no matter how sandy.

If you read Pilerats you know Basenji, the K-9 beatmaker part of Australia's new breed of bouncy electronic jams alongside the likes of Wave Racer, Cosmo's Midnight and our boy Sable. Breakout single Dawn laid the foundation for his later effort, Heirloom, to romp out of the clubs and into your headphones on a regular basis.

After springing to global attention with his super sexy remix of Destiny's Child's Say My Name, this will be Cyril Hahn's second visit to Australian shores after wowing crowds last summer over the Southbound/Falls Festival circuits. With an on-point selection of originals and remixes, Hahn is a club and internet favourite, his recent remix of Caribou's Second Chance doing all the right things:

Another killer young Aussie producer who had a huge 2014 with the release of Electrify feat. Father Dude, GRMM's no stranger to the Pilerats blog, and seriously impressed us when we finally go to catch him at Southbound earlier this year. Latest single Circles feat. Yasmin is a soulful slice of chilltrap that perfectly encapsulates what GRMM is all about.

We had the pleasure of spending a heap of time with Bloc Party frontman Kele Okereke mid-last year when he was in town for CIRCO Festival rocking a DJ set, and we can confirm the softly spoken musical genius is as talented as he is humble. Late last year saw the release of his second solo album Trick, and he'll be playing tracks from it and his back catalogue with a full live setup.

Another one of our favourite Australian producers, the dude has been killing it for a couple of years now with some high-energy originals and remixes, always standing head and shoulders above the crowd with a live show that never fails to impress. Rack toms, synths, percussion pads, microphones - the works. A Kilter show is a full-blown live experience, one that always feels different to the last.

One of 2015's surprise packets, although if you've known Roland Tings before the release of his self-titled debut album this year, you'd know it was only a matter of time. An auteur of wonky and weird house, Roland Tings will be making sure things stay tropical on the beach with tracks like Pala below, hot on the heels of a national tour with Chet Faker and his album scoring triple j Feature Album a few weeks back.

After a huge introduction to the Australian music scene early last year with singles Broken Boy and Closer, Thief has returned in 2015 with a new single in Crazy, keeping that funky feel around supremely tightly produced music and a fun and engaging live show. Kinda like a new-age, Aussie version of old Justin Timberlake:

Not dissimilar to the weirdo house vibes being brought by Roland Tings, Wordlife take things to a darker and altogether tougher house level, going deep into the club while still keeping a good-time, 90s 'hands in the air' rave feel. Check out latest single Dat Groove for an idea of what we mean - it starts out disco-housey and fun, before quickly taking you into the underground: 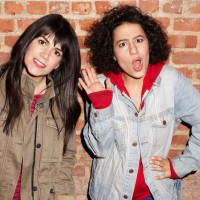 Cinepile: Broad City Is F*cking AwesomeYes we're a season late, but damn this show is funny. 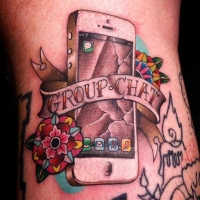 Which Private Facebook Groups Are You In?If it's a thing, you're in a group about it.
Light & Easy