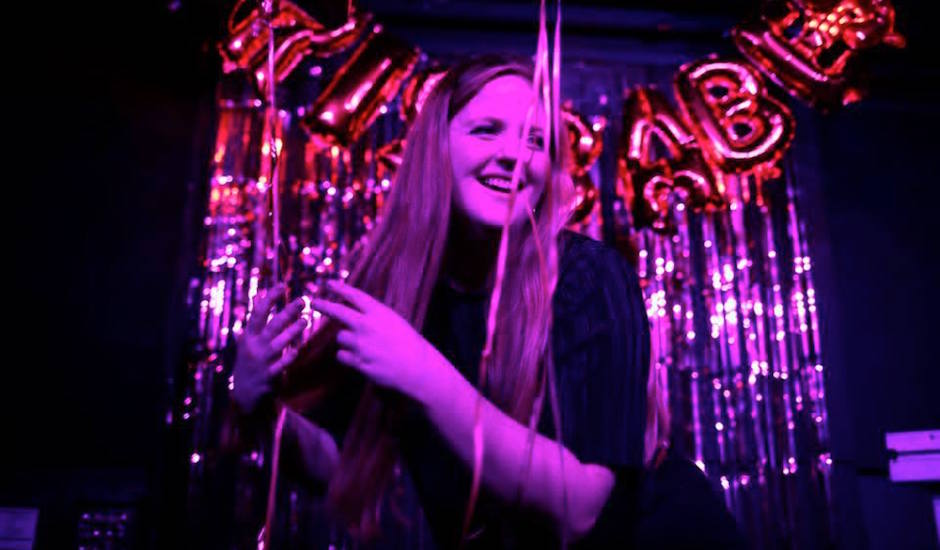 Music tastemakers, all round legends, and a big influence on your old mates Pilerats in the early days - Purple Sneakers are celebrating 11 years in 2017. And after their massive 10th Birthday party last year, are backing it up with an equally large 11th as part of VIVID Sydney on Saturday 17 June. You can check out all the details for it right down the bottom, but please do so after you've read this rad interview with editor Emma Jones. As you'll find, Emma not only has been the editor of PS for the past year, but has been throwing some awesome parties, and is organising some VERY AWESOME EVENTS in the coming months.

Hey Emma, before we dive into the Curvy Creative Women’s Conference and Like A Girl – let’s talk about your role as editor of Purple Sneakers. How did you get to the point where you are today and what advice would you give to those looking to enter a similar field of work?

Well, after a brief stint at uni and realising it wasn’t for me, I moved from Townsville to Brisbane, and got involved with a local little arts collective called Spool Collective, covering music happening in Brisbane. After getting a feel for things, I was one of the first contributors at Pilerats (!), started contributing at another site named Scenewave and eventually founded my own site with Lauren Ziegler named Howl & Echoes. After about 18 months running that, and about four years all up of writing, I took a break from music and ended up quite literally bumping into the opportunity at Splendour last year when I ran into Purple Sneakers head honcho Martin. The rest, as they say is history, and from there and I rediscovered my passion for writing and music all over again.

The best advice I’ve ever received is don’t be afraid to put yourself out there, and don’t be afraid to ask questions. These are two things I still live by today. The worst thing people can say to you is, “No”, so you might as well try!

I’m lucky to have a really amazing team around me not just on the website but the radio as well, and our girl spearheading the podcast project, Caitlin Medcalf. I definitely see music media heading to a multimedia level, readers need to be engaged more and more with interesting and unique content, and they need it to be fast and easily accessible. I’m not so sure if print and online music journalism will revert back to radio, I think it definitely still very much has its place in the world - I still love print and having something I can hold in my hands - but I do think that the way we see and use online media is going to shift. Not only do blogs not operate back as they did in the Bloghaus era, there’s also so many that exist now. It’s all about cutting through the noise, finding what you’re good at, and offering your readers something they can’t get anywhere else.

Can you give us some details about the forthcoming Purple Sneakers podcast? What should we expect?

All will be revealed soon! We’ve been working on this for a few months now, and we’re really excited because it’s nearly ready to be shared with the world.

So, a big part of your month ahead is CURVY Creative Women’s Conference and Like A Girl – the conference’s launch party which you’re curating. How important are shows like these in promoting female-identifying performers?

This is something I’m really passionate about; giving women in music a platform to showcase their work. I have been throwing parties in a similar vein here in Brisbane, called Brisbabes, which served as a quarterly showcase of women in our local scene. I think they’re incredibly important, particularly because they debunk the “myth” that there “just aren’t a lot of female musicians out there.” That’s something I’ve heard a lot, and it’s just not true. Gigs like this prove that wrong, and give a bit of equity towards women in music. I’m a big believer in equity before equality, and I love giving a leg up to talented women who deserve it and deserve to be seen.

For those who want to help create an even playing field in the music industry for women but aren’t entirely sure how, what do you recommend?

The internet is a really awesome tool to link up with like-minded individuals in your city, your country and even the world. If you want to help, get involved in your local scene, call out problematic behaviour and figure out your skills and what you can bring to the table, and use that to its advantage. Get in touch with a local venue, and ask how you can put on a show (that pays artists), and don’t be afraid to have conversations that can contribute to change. We are all constantly learning and evolving, and it’s important to be open minded and critical, and to take criticism when its offered.

Are there any women in music (whether they’re an artist or someone more behind-the- scenes) that you’d like to highlight? (from Brisbane or Australia or beyond).

So many, right at my door step! Grace Pashley who is doing incredible things for community radio in Brisbane, Vivienne Mellish and Ash Kissane at Mucho Bravado, Trina Massey who works at Q Music and is an amazing DJ, Dameila Vanderkolk who is one of the best DJs in Brisbane right now, Jesswar the next big thing in hip-hop, Post-Dusk who is basically Australia’s Enya, Caitlin Medcalf who is a fantastic DJ/radio host/podcast producer and so much more, and Mimi who played the set of the weekend at Secret Garden a few months back are all women you should have on your radar!

For the young women that are out there and wanting to enter the media/music industry but are off-put by the lack of women-identifying figures in the industry, what advice would you give them?

As I said above, the internet is a really awesome tool to link up with like-minded people. There are a lot of supportive networks out there, and lots of people who are keen to help. Don’t be put off, we need you in here! There is also a LOT more femme figures than you’d initially think, too.

Purple Sneakers are celebrating their 11th birthday next month which is absolutely huge – reflected pretty accurately by the line-up. Do you have any tips for unmissable acts for this year’s show?

Thank you! Omg, there’s so many. You’ll find me running around between all three stages trying to catch everyone at the same time, but I really can’t wait to see Gussy, OKBadlands and Ninajirachi. 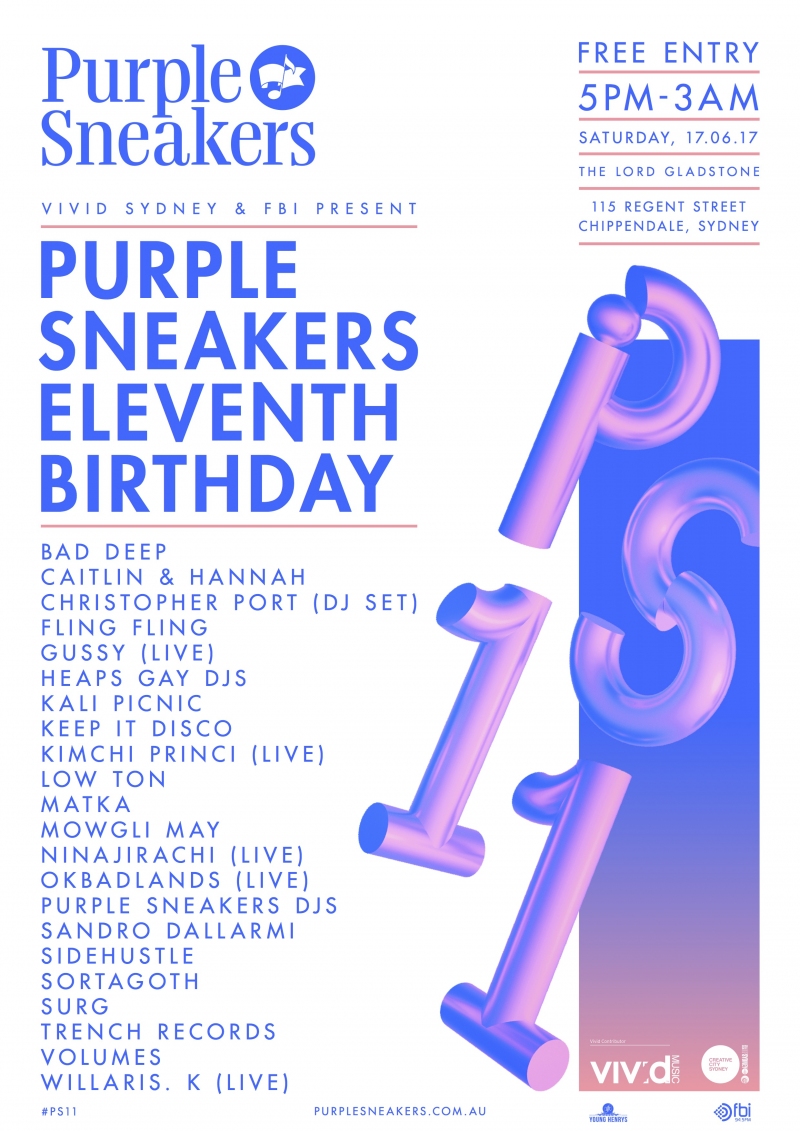 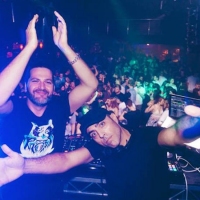 How To Run A Club Night For 10 Years: Death Disco on celebrating 500 partiesWe chat to the Brothers Maz about their much-loved club night, and how it's remained such a powerhouse. 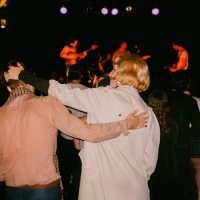 The Art Of Vinyl & Music's Tangibility - Crafting Love Letters To The WorldStreaming and physical music can, and do, co-exist.
Light & Easy