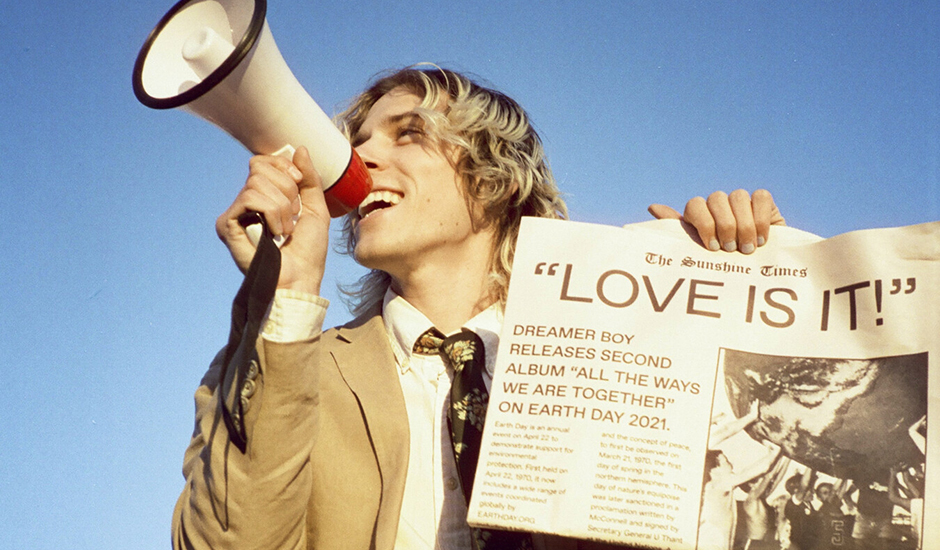 Coronavirus has had an interesting effect on albums. For some musicians, the pandemic has postponed release dates to a time where touring seems realistic, if not cancelling plans completely. For other musicians, the absence of touring has opened the flood-gates for musicianship; some writing multiple albums across the course of the pandemic lockdown. Then, there are the league of musicians who had albums ready to go pre-COVID, but now, are watching the meaning, impact and necessity of the album change before their eyes.

It’s a complex situation that Nashville-based musician Dreamer Boy - real name Zach Taylor - is navigating in the context of his newly-minted release All The Ways We Are Together. The album was largely conceptualised and written in early-2019, as the follow-up to his breakthrough album Love, Nostalgia in 2018. “That was the most concentrated period of time [working on the album], but we finished the final touches after touring with Clairo in early 2020 before boom - pandemic,” he recalls, lounging from his Nashville home after spending the past few weeks caught up in the rush of New York.

The album was then stuck in limbo for about a year, before finally being released on Earth Day this year: April 22nd. The album was barely touched in between the final touches and eventual release he tells me, not changing in sound throughout the 12 or so months that it was sitting, waiting for release. And yet, All The Ways We Are Together feels like an entirely different album from when it was first written; grown and evolved alongside Zach himself. “What I didn’t realise is that the album would change with me,” he mentions.

Since its inception in 2018, Dreamer Boy has presented an opportunity for Zach Taylor to share lightness with the world, and offer emotive relief where it’s needed. He grew up in a hotbed of 60s and 70s psychedelic rock, fascinated with the trademark sound of the ‘hippie’ era because of the somewhat optimistic and bright-eyed spirit that was embedded into the music and culture of the time. Musicians such as George Harrison, James Taylor and Bob Dylan encouraged him - as a listener - to focus on the brightness of life, and to establish a connection to the things that give him this brightness.

When he began to make music of his own, this sense of uplifting brightness was something to quickly establish itself as a core focus of his work. “I look for beauty in everything, and I am trying to spread light and joy with my music,” he told us in an interview last year, prior to the release of All The Ways We Were Together. “[I want people to take away a] feeling of peace, gratitude and presence about where they currently are in life. Encouragement as well.”

Musically, his sound is a mix of genres that seemed to encapsulate this uplifting, positive spirit. His adoration of 60s/70s psychedelic and rock is translated into this lo-fi, bedroom indie sound, rich with swaying guitars and dancing melodies that conveyed psychedelic's happy-go-lucky feeling into a more modernised sound. Then, there was the poppier nature of his vocals over the top; the hooks that weasel their way into your ears and not let you go until the song finishes up. It’s a combination that’s as addictive as it is euphoric, especially in the way that Dreamer Boy is able to bring them together, with the songwriting that’s remained distinctive to him despite how much he’s grown and evolved.

On his debut album Love, Nostalgia in 2018, Dreamer Boy’s introduction was a daydream littered with calls of him being “one to watch” and “someone worth keeping an eye on”; the rich, romantic narratives of the album establishing the musician’s presence amongst a quickly blossoming indie-pop explosion. It was also an opportunity for Dreamer Boy to introduce the gentle euphoria of his work, which in that album, came in the form of the almost-innocent nostalgia that the title suggests, using reflections of a summer fling to draw parallels to a time where those flings were the most important part of your summer, and not the rest of life that gets in the way of that innocence. 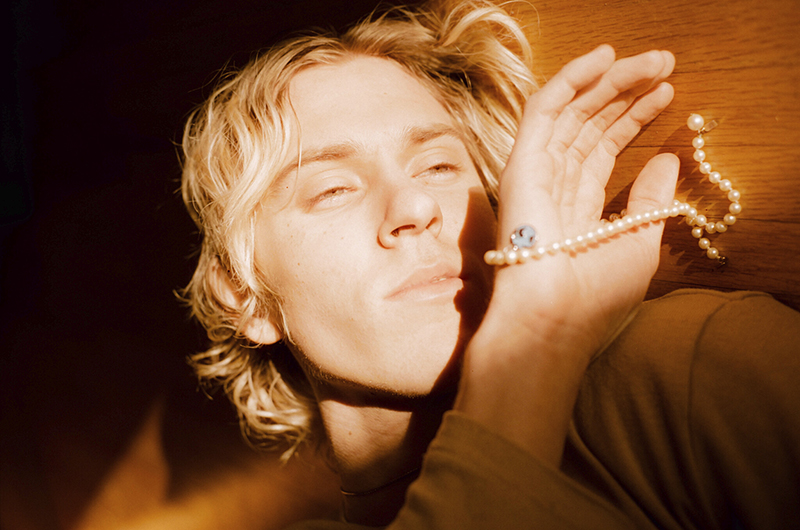 Now, three years later, Zach Taylor’s optimism couldn’t come at a better time. All The Ways We Are Together - his second album - is a record centred on love, but in a different way to the passing and casual nature of his debut album. This time around, he sings about love in the context of our love for each other, ourselves, and the world around us; the connections that we create to everything that surrounds us, and the intense passion forged in building those connections. “You have to love yourself to love others,” he says, in a statement accompanying the album’s release. “That internal growth is so important and I want to encourage that.”

“It blossomed from a period of time where I actually felt true love and friendship for the first time,” he continues, elaborating on that as we talk. “The album’s initial concept came from this feeling that ‘wow, my friends actually understand me and they love me for me,’ and realising that I love myself and I can be myself.” It’s a meaning that grew as the album process lingered on, and songwriting allowed him to better connect those feelings with his own emotive being, and how he shows that within his own actions. “The more I live [with the album], the greater I feel it. Then, all of a sudden we’re put through a pandemic and it… yeah,” he trails off, the album speaking for itself.

The pandemic barely changed the album itself - as mentioned, the album was largely finished by the time the pandemic’s seriousness started to emerge - but as he released singles from the record and waited through postponed release dates for the full thing, he could see people’s perception of the album’s teasers change; each song becoming more important and necessary than the last. Take the album’s second final single, Easier Said Than Done, for example: “Keep your head up baby you’re doing fine / I know you got a lot on you’re mind,” the song opens.

“[The album didn’t change] in what it meant to me, but I think people receiving this album… yeah, for sure,” he says, asked in if he saw the album’s importance grow as the release date drew closer. “Maybe it could be something that is more needed, you know? I’m hoping that it spreads a little bit of love because that’s what I was trying to do with the album before, but with the way the last year has gone, I think there’s maybe more of an opportunity for that, and for it to be more needed.” 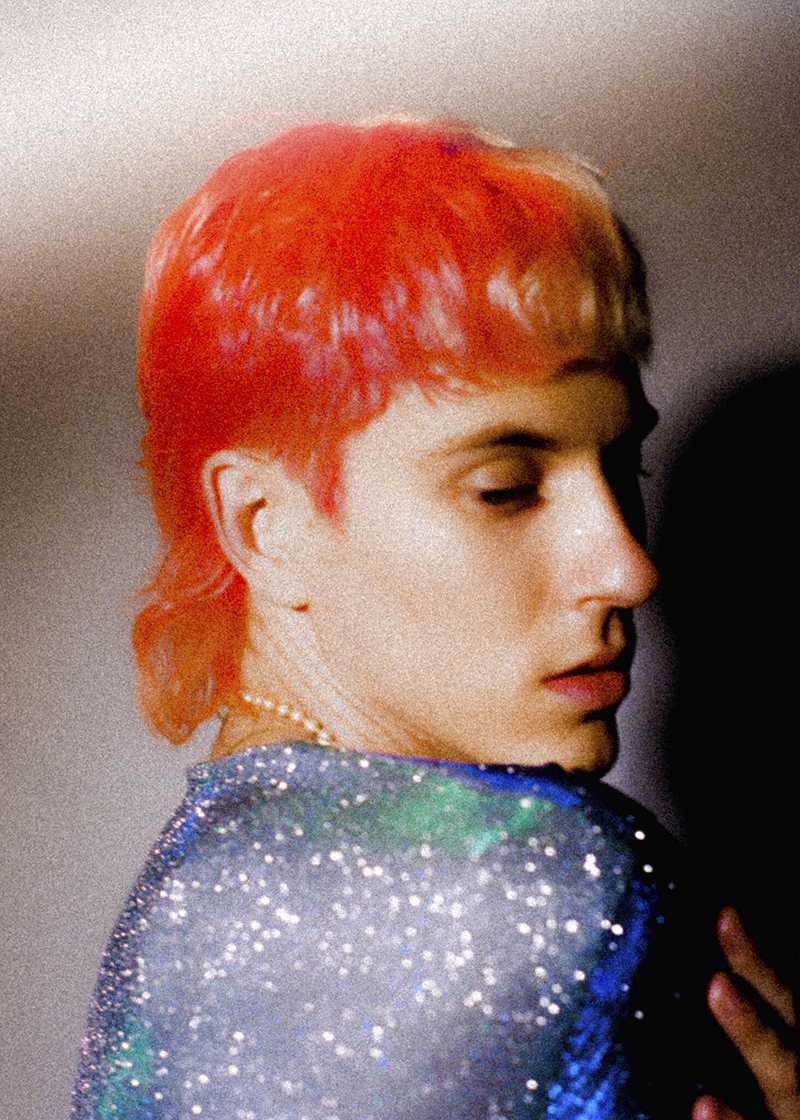 Already, however, Dreamer Boy has his eyes on what’s next. With All The Ways We Are Together sitting in limbo for over a year (a year where Dreamer Boy could barely leave his home, no less), he’s been busy working on new material, informed by the positivity and hope that the project radiates. How could he not, really, considering the love and appreciation that has come back to him on social media since the album’s release? The need for an album like All The Ways We Are Together has been all but solidified as it reaches the hands and ears of those that need its positivity to get them through hardship.

This time around, however, he’s felt a need to look further inwards and reflect on the journeys that inspire his devotion to spread joy and happiness through his work. “I’m trying to get to the core of even our purpose in life. The next [record] is a lot more spiritual,” he explains. “I think this one was me developing awareness of love, but the next one is maybe attempting to understand that, or maybe seek peace with the fact that I can’t understand it.”

He won’t delve too further into it, and that’s fair enough considering that our talk happens just as All The Ways We Are Together is only reaching ears for the first time. In saying that, there’s a clear excitement as to what’s to come. “In terms of a Dreamer Boy album, it’s definitely sounding the most focused,” he says. “I think the last album was a bit of an experiment and me trying to learn stuff, where as this time, we feel a little more certain of my intentions as an artist and what sounds we’re choosing - things like that.”

“Now that All The Ways We Are Together is out and I’ve been able to reflect on it, I know what I want to set out and do for the next one.”

Dreamer Boy’s second album All The Ways We Are Together is out now via slowplay / Virgin Music Australia. 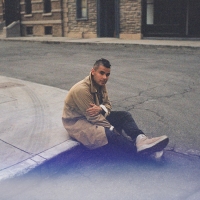 Changephobia, and Rostam's journey in embracing changeChangephobia, the second record from Rostam, is a pivot and a culmination, furnishing new ideas with his production prowess. 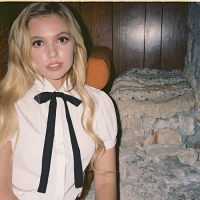 Salem Ilese is turning her popstar dream into a realityThe Californian musician has always dreamt of being a songwriter for the stars. Now, she’s becoming one of the stars herself.
Get To Know

From Baauer to BROCKHAMPTON: Building an empire with FOMO

In our latest feature, the team behind FOMO break down their story, their 2020 lineup and look forward to the future.