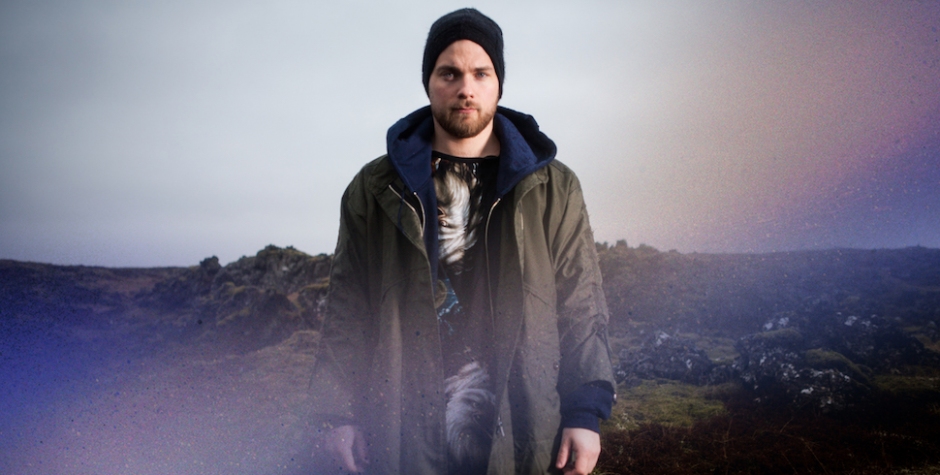 “You know that volcano that closed down most of Europe’s airports?” I say to Asgeir – real name Ásgeir Trausti Einarsson – who looks at me slightly puzzled. In retrospect it’s understandable, Icelandic volcanos are responsible for spewing out a third of the world’s lava. “Eyjafjallajökull,” he murmurs later, the volcano which cost the airline industry nearly US$2 billion and shut down globally half of the world’s air traffic in 2010.

Iceland has shaped the world in many ways, far beyond its small, glacier-covered physical boundaries. It’s home to the cultural landmark that is Lazy Town and it’s an incubator of renowned artists like Bjork, Of Monsters and Men, Sigur Ros and most recently, Asgeir.

Einnarsson is from Akureyri, which is known as, ‘The capital of the North’. A quick google shows one of the frequent questions happens to be, “…is Iceland part of North America?” (It isn’t) For Asgeir, Akureyri is a big part of what defines his identity and music. Another key part of his music is the Icelandic language, a Nordic language separate from Norwegian despite being settled by Norwegians around 800-930 A.D. It also happens to be an incredibly complex language to learn as an English-speaker.

The Foreign Service Institute is a group that ranks the difficulty of learning other languages as an English speaker. Icelandic falls into the fourth category with languages like Russian and Polish. For some perspective, French falls into category one. It’s also an incredibly idiosyncratic and while an over-used example, the idea of the Inuits having 50 words for snow begins to shed some light on Icelandic.

Asgeir and I discovered this discussing the translation of his breakout album – it was originally released in Icelandic and called Dýrð í dauðaþögn –  In The Silence. I explained to Asgeir that the translation I had read stated it was Glory in Dark Silence, which sounded like it was referencing death. “The literal translation would sound dark but rather it’s about complete silence and the beauty of it. That might be a good example of something difficult to translate. I don’t feel like it [the album title] has anything to do with death,” said Einarsson. This confusion of the first words of the album makes it all the more remarkable that In The Silence was translated entirely by a non-native speaker – John Grant. Grant only started learning Icelandic as he translated the album. And the work he was translating was not Asgeir but rather his father’s Einar Georg Einarsson.

Afterglow, Asgeir’s second English album, was also written by his father, childhood friend Julius Róbertsson and translated by Asgeir’s brother Thorsteinn Einarsson, “I was more involved in the discussions of this album with my brother and talked about it more than on the first record,” explains Asgeir. There’s something to be said about collaborative work, especially in pop music with arists like Beyoncé, who are often viewed as not really doing all their own work, thus delegitimising their output. The same could be argued here with Asgeir not writing most of his album lyrics, but it’s more apt to say his family and his close friends bring together their own strengths to create an album Asgeir couldn’t have made on his own. Indeed, fathers writing lyrics for their children is a well-trodden path, Asgeir’s own influence James Blake re-worked his father’s poetry for the Wilhelm Scream, for example:

As the conversation drifts on to poetry (Asgeir views his work as poetry), I ask him about how his work fits into Icelandic poetry against romantic poets like Jónas Hallgrímsson – who’s own birthday has been recognised as the day of Icelandic language. “My dad would be so interested in talking about this because his passion throughout life has been poetry since he was eight years old," he explains. "Music became a passion that I needed, I needed it because I didn’t feel complete without a guitar around. It wasn’t a dream about becoming successful that kept me at it, rather I couldn’t be without it. I think it was the same thing with poetry for my father but somehow it went past me.”

This passion has taken Asgeir around the world and back with only one album. Afterglow is sonically similar but mixes more electronic music with folk this time, something he was inspired to take from his influence James Blake.

It also showcases a more astute Asgeir, who when he was younger, was a regional javelin champion and in his downtime played music. “My expression came through music, I never felt like there was anything else that was needed. It came through the song itself, not the lyrics. It was about the feeling that it created,” he explains, but over time he’s found it’s also about the lyrics, which came through in his more involved approach to Afterglow.

As the conversation finishes we chat about Asgeir’s initial fame. He talks about his first gig with his close friend Julius, Reykjavik Calling in 2012, where he explains over 20,000 were in attendance. “But not everyone was watching us, they were running around,” he says laughing. His first English gig happened in the autumn of 2012 with KEXP in Seattle with Julius. I ask him how he convinced Julius to come with him to America to play an English-speaking gig - especially since he had a career in building bridges in the mountains of Iceland. “I just called him up and asked him if he wanted to tour the world and he said yes,” says Asgeir smiling.

Asgeir's new album, Afterglow is out now (grab it HERE), and he'll be in the country for Splendour In The Grass later in the year - check the full list of dates HERE. 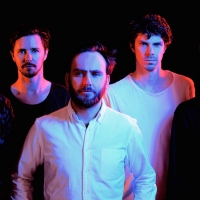 Dappled Cities are recharged, relaxed and ready to roll on album #5, |||||Their luxurious new record finds Dappled Cities in a very chill place. 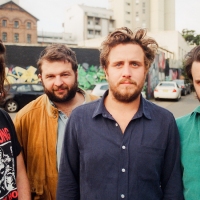 Bad//Dreems Have Had A Gutful, But They're Not A Political BandGuitarist Alex Cameron talks not politics, creating safe spaces to rock in and still working full time jobs.

"If people are misinterpreting your art, then maybe you're not very aware of what you've made"