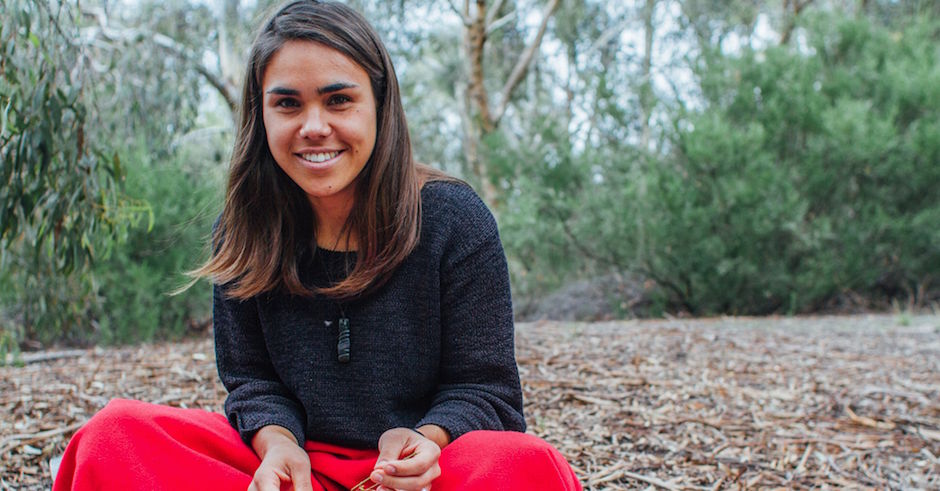 An inspiring young Australian to get to know.

Amelia Telford – known to her friends as Millie - has an undeniable energy about her. It’s that type of energy that infects anyone in her proximity, including myself in this case. I like people with energy like Millie. I guess they make you believe that anything is possible if you’re determined enough. And Millie’s determination and self-belief in the last few years has proved that in multitudes.

Hey Millie! First, I’d like to say a big congratulations for being awarded the 2015 Australian Geographic Young Conservationist of the Year. Was there a fancy dinner in Canberra?

Thanks! 2015 has been such a significant year for all of the young Aboriginal and Torres Strait Islander people I work with through the growing SEED Indigenous Youth Climate Network so it’s been awesome to see this hard work be recognised through this award. And yes, there was a fancy dinner in Sydney.

You’re a member of the Australian Youth Climate Coalition (AYCC) and a director and founder of SEED, an organisation focused on Aboriginal youth for climate change. Do you sometimes tend to forget that you’re only 21?

I’ve been reflecting a bit recently about how the world that we live in today is constantly telling my people, Aboriginal and Torres Strait Islander people, that we’re powerless victims, destined for disaster. We hear it in the media, in government speeches and the statistics talk for themselves. However, when we tell ourselves a different story, a story of powerful, resilient people who are building our own solutions and leading change, then we can revolutionise the way we see ourselves and are better fit to confront the decision makers with a force much more powerful than the power they appear to possess.

I’m so grateful to have grown up in a supportive family with parents who would always told us kids that “you can do anything and be anyone you want to be”. For me, this meant challenging the systemic injustices that are fuelling the crises that humans are facing worldwide. Sometimes I do forget that I’m 21, but I’m easily reminded when surrounded by strong, black brothers, sisters, aunties and uncles who have been fighting this fight their entire lives and who hold a wealth of knowledge and wisdom that we must respect and protect. 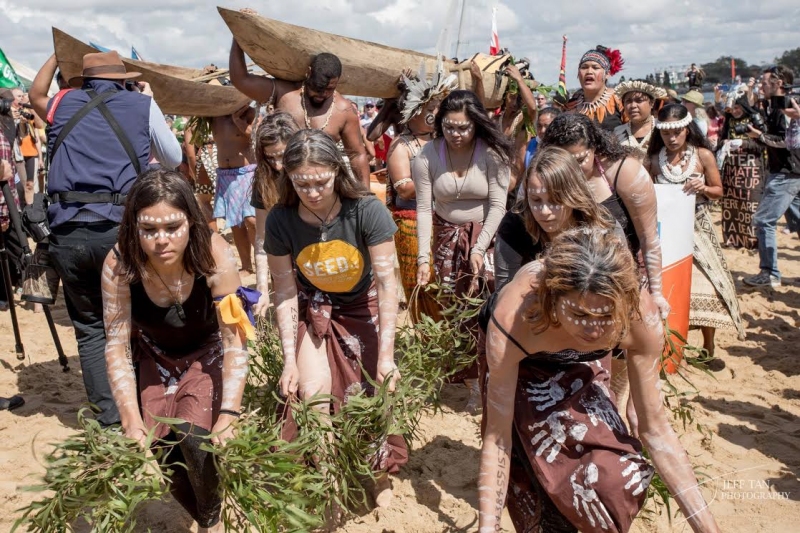 What drove you to start SEED? What were the biggest challenges you faced in getting this project off the ground?

Respecting the land and each other comes as first nature to me, just as it has to First Nations people who have looked after our land sustainably for thousands of years. It was when I learning more about climate change that I started to connect the dots between the loss of Indigenous land, cultures, lives and the impact this was having on our communities, that I realised our people weren’t at the table, our voices weren’t being heard and the platforms to take action collectively weren’t yet available for us on the issue of climate change. So I took it to the team at the Australian Youth Climate Coalition and they agreed that supporting Aboriginal and Torres Strait Islander young people to take action on climate change was a huge priority, which led to me joining the team.

It then took some time to raise the funds needed to get the network off the ground and to build our own independence, but so far we’ve been going from strength to strength and growing in numbers, capacity and power everyday. It’s been a challenge to get the contemporary environmental movement to see the importance of Indigenous leadership and involvement on such an issue, but we’re getting there. We’ve got a lot of work to do to be able to work together in alliances and partnerships with different groups, both Indigenous and non-Indigenous, but so far it’s been a huge learning journey for all of us.

We both have the good fortune of hailing from the Bundjalung country on the NSW North Coast. Tim Winton, in his new memoir, Island Home, talks a lot about the effect of place on identity – both for Indigenous and non-Indigenous Australians. What aspects of home have had the most profound effect on who you are today?

My home and my family influence everything about who I am and what I do – my home is Bundjalung country. I feel incredibly connected to the beaches, mountains and bushlands that thrive in the region. For me, my work to build the movement to protect country, to fight the changing climate and to build just solutions are about standing up for my home. I wouldn’t want to see further destruction of my country, so why should anyone else have to face it. The reality is, whether or not the coal mines, gas projects or likewise are in my backyard or yours, we’re all facing the impacts of a changing climate. Climate change affects everyone, but the impacts are not evenly distributed. Too often the worlds most vulnerable communities are hit first and the hardest.

My South Sea Islander heritage also impacts my deep concern and passion to stand up for the Pacific Island nations whose islands are being inundated by rising sea levels. It breaks my heart that those who have the least responsibility for causing the crisis are the ones facing the most severe consequences. It’s the devastation as well as the determination of many of our Pacific Island neighbours that drive me and many others to do everything we can to prevent people from losing their homes to climate change impacts.

Globally, Indigenous peoples share similar - and wildly diverse - relationships with our lands and with each other. It’s this beautiful connection, as well as the shared experiences of injustice, that bring us together to build power and work in solidarity. I’m so proud of my heritage and feel so lucky to be a part of the world’s most powerful, resilient and knowledgeable people.

You’re a powerful role model for youth in Australia, especially for young Aboriginal and Torres Strait Islander kids. Did you have any special mentors?

Collectively my family have been role models for me my entire life. Outside of my family, I’ve had a few role models who have played pivotal roles in my life over the last couple of years. In particular, Karrina Nolan, an incredible Yorta Yorta woman who has a wealth of experience working with Aboriginal and Torres Strait Islander communities across the country. She’s like a sister to me but also a really significant mentor in my life. She’s also helping with the development of SEED.

Anna Rose, the co-founder of the AYCC, has also played a significant role in my life and activist journey as someone who has always backed the voice and leadership of Aboriginal and Torres Strait Islander people about protecting country. Anna helped pave the pathway for me to start working for AYCC and also plays a big role in pushing the rest of the environmental movement to back us. 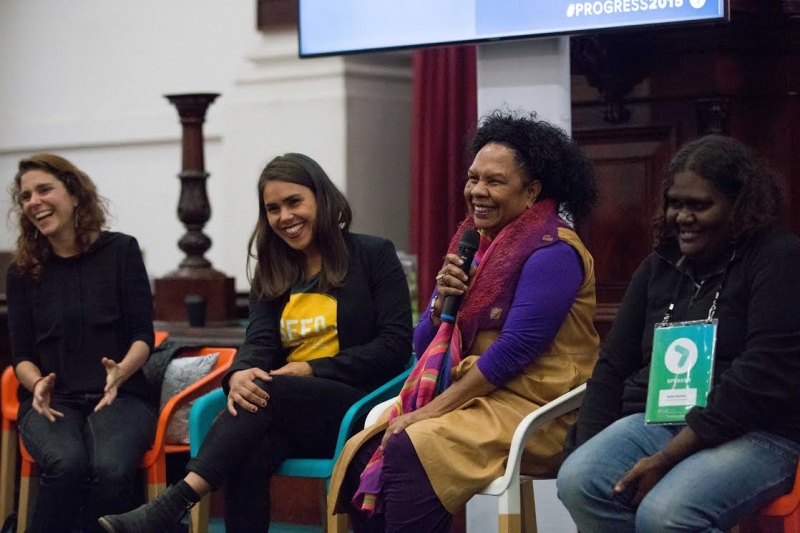 Going back to Island Home (again…), in the last chapter Winton says the wisdom of Aboriginal Australians continues to be the “most under-utilised intellectual and emotional resource this country has.” What do you reckon?

Aboriginal and Torres Strait Islander people, and Indigenous people around the world, are the first people to have walked on this planet. We are the first scientists, the first storytellers, the first ‘conservationists’ and basically the first people to do everything and anything. We hold a great depth of knowledge about the way the world works and what it takes to keep it spinning and be fit for human life. So when it comes to protecting the land, respecting it for all it provides for us, respecting each other and ways to survive alongside each other, and any other issue that affects us as Indigenous peoples, it’s so important that our opinions, perspectives and experiences are valued.

In saying this, I’ve also experienced and witnessed a lot of tokenism and have seen the way the world operates in an extractive outlook on life where we are happy to take but not as happy to give back. When it comes to working with our people, we need to ensure that this same extractive outlook isn’t taken, and instead operate on the basis of how can we work together and learn together in ways that build the power, agenda and strength of both/all of those who are involved.

Much of the history of Aboriginal Australia has been written by white Anglo Saxon men. How important is it to for the Aboriginal community to tell their story, from a perspective that is wholly their own?

The biggest challenge that we overcame (and are still working on) with building SEED is enabling Aboriginal and Torres Strait Islander people to be able to tell our own story in our own way for our people. It’s crucial. For too long people have talked about us, made decisions for us, written history about us, researched us and the list goes on – yet most of the time it has come without even asking us. This helps to explain why so much of it has been false, misleading and had disempowering impacts on many communities.

It’s crucial that Aboriginal and Torres Strait Islander people determine the future of our people, which means telling our own story, making our own decisions and taking leadership in all areas that we live and thrive in – in order to survive in!

Do you think we’re breaking new ground on creating a genuine dialogue between the traditional custodians of the land and their fellow Australians?

Ahh this is just so complex… You can say that we’re climbing up a huge mountain. We’ve come a long way and we need to take time to look back and to celebrate and reflect on how far we’ve come but at the same time we’ve got a long way to go to reach the top. Every time you look up it seems as if the summit keeps getting further and further away, rather than closer. We know it’s possible but we’ve got to make sure we don’t lose people. It’s up to us to support each other to make it all the way! 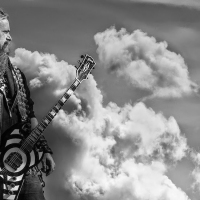 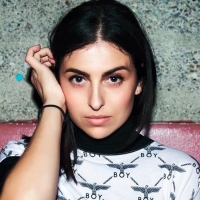 The Rise & Rise of Anna LunoeFrom Big Day Out and the beaches of Oz to Beats 1 and taking over America.
Get To Know