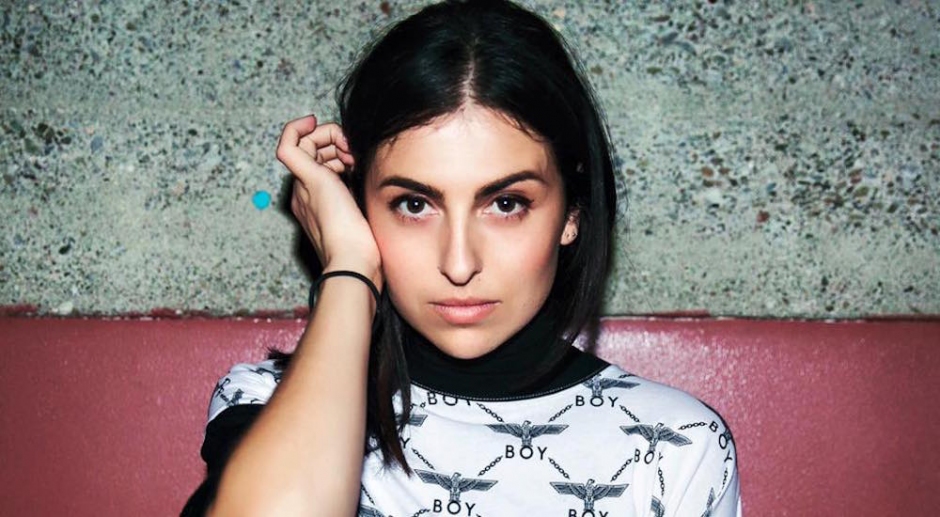 To say 2015 was a big one in the career of Australian DJ/producer/radio host/general legend Anna Lunoe is a nice way to introduce this piece, but not even remotely close to covering it properly. It’s been a landmark year for a woman who is fast becoming one of this country’s biggest exports in the world of dance music, and just sitting down to research what the hell has been going on since Lunoe left Australia to have a crack at the states was a daunting task. It’s where we start our chat as she was about to embark on a return home for the new year period, and trying to get our heads around just what she’s achieved:

“The last few years have been so intense ‘cause I had to restart in 2012 and rebuild and it just taught me so much about the industry and about what I do in my craft and it was hard at times and it was amazing and exciting. An amazing challenge to start again,” Lunoe beams down the line, showing no signs of fatigue one would expect from a crazy couple of years. “The last two years has been the culmination of those first 15 months of just hustle. Then I kinda got my shit together, started writing music again, got enough money to pay my rent again and started being able to focus my energy on my art. The last year I got a bunch of music out and did a few good tours. Tours with The Weeknd, tours with Banks, Disclosure, Diplo, all these people… And then this year has just been amazing ‘cause it seems to be all coming together and the people that I wanna work with I can work with and then the radio show thing came together and just out of nowhere just came and surprised me.”

Oh yeah, just a little radio show of her own on Apple Music’s Beats 1. No biggie… “That was the biggest surprise of this year was Zane Lowe emailing me and asking me to do a radio show for Apple Music. Like oh my gosh! Yes! I would be really good at that, I used to do radio. I have the skills. So yeah it was really cool. It was a really nice moment of a acknowledgement that I’d done the right thing, that I’d taken the right risks, you know?” 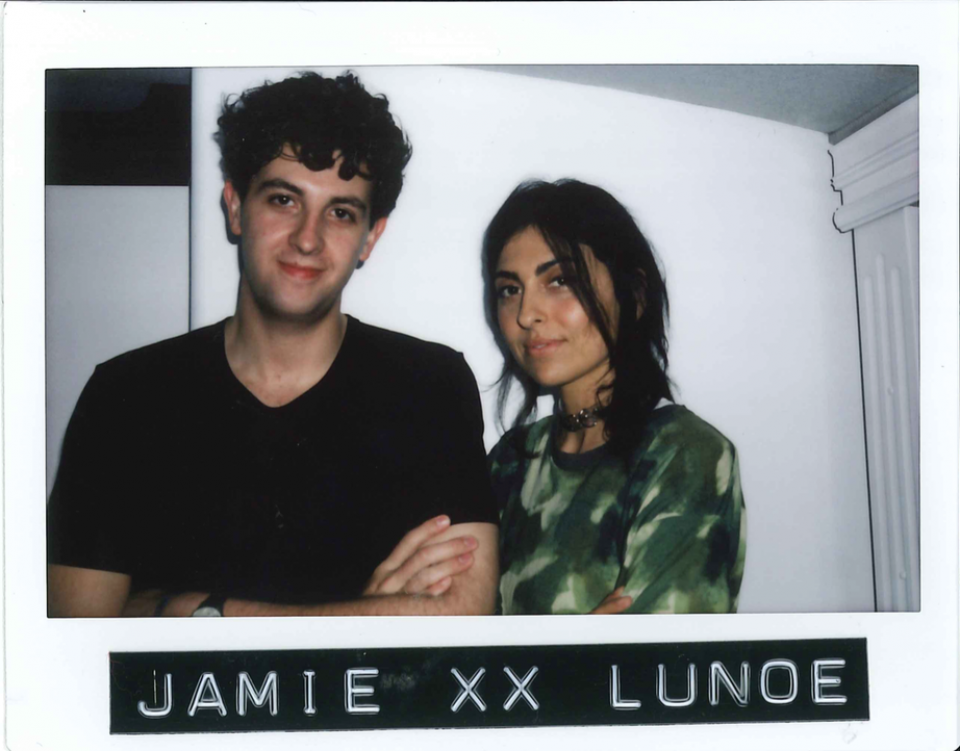 Working with the team at Owsla, releasing records with the likes of Jesse Boykins III and Chris Lake, the touring… The list of achievements since she made the jump overseas is long, but was that call up from Zane Lowe a final validation for Lunoe? Her answer is unsurprisingly, humble. “In a way there was that, but it depends which way you look at it. This is all such a weird journey. Every step of the way we do it because we want to do it. Everything I’ve done I’ve done it because there was a voice inside me that was like, ‘Hey why don’t you just move to America, it’s gotta be done’.

“So it’s like every step of the way has been motivated by my life journey and to get that line to open up with Apple that was just like as momentous as Skrillex contacting me about my music or any of the crazy things. Or touring with The Weeknd and playing Radio City Music Hall with him, or any of the amazing things that I’ve done have been validating that my voice inside me was telling me the right thing, and I could trust it.”

With great power comes great responsibility, as Spider-Man very quickly discovered following the death of his beloved Uncle Ben, and what’s probably most exciting is what Lunoe is intent on doing with her ever-growing position of power within dance music not just in America, but globally. For her, it’s all about education, discovery, and forging a strong community within dance music that may have fallen by the wayside in the era of rockstar DJs, fireworks displays and LED screens.

“I’ve always been really passionate about artists. I feel like the industry now in dance music it’s all just about superstars. Everyone’s trying to be a superstar. It’s like what about the community of dance music? I started doing this because I lived in a neighbourhood with a whole bunch of people who loved dance music, they’re all my best friends. We threw parties because we loved music and we wanted to share it and we wanted to have the best time.

“To me I really want to keep that and I really want to make sense of all this insane EDM marketing and all this crazy things that are happening and Justin Bieber being on dance tracks and it’s all good, and change is so exciting and I love it but it’s also… I want to keep it about the artists and about the people who really push this and are in a community that really loves it. And the people that are watching every Tweet go up from the artist and are really driving the whole thing is the kids who are watching all this and going to the shows and buying the records. That’s what its all about. That’s my focus.”

With the amount of music being made and shared online, it can be hard to maintain that focus, and that’s a big part of what drives Lunoe with her Beats 1 show: “It’s so fascinating that there’s such a huge amount of dance music getting made and the way that we consume it is so confusing and there’s so many avenues that we can find music, but what unites all of us? What stories are strong enough that need to be told and remembered and shared? What artists are pushing boundaries that need to be shared? These are the things I think are important. Culture is what unites us; culture is the thing that brings us together so I guess it’s someone’s job to try to make sense of it a little bit and that’s sort of what I try and do.”

Not content with just taking to the airwaves to push those community vibes in a post-EDM world, this year saw Anna Lunoe curate a tour through the US featuring a bunch of like-minded individuals on the Hyperhouse Tour. Packing a house party vibe not dissimilar to what Lunoe’s pal Nina Las Vegas has been doing down under with the NLV Presents tours, the lineups featured artists from all different genres and varying levels of popularity with one common thread – being awesome. 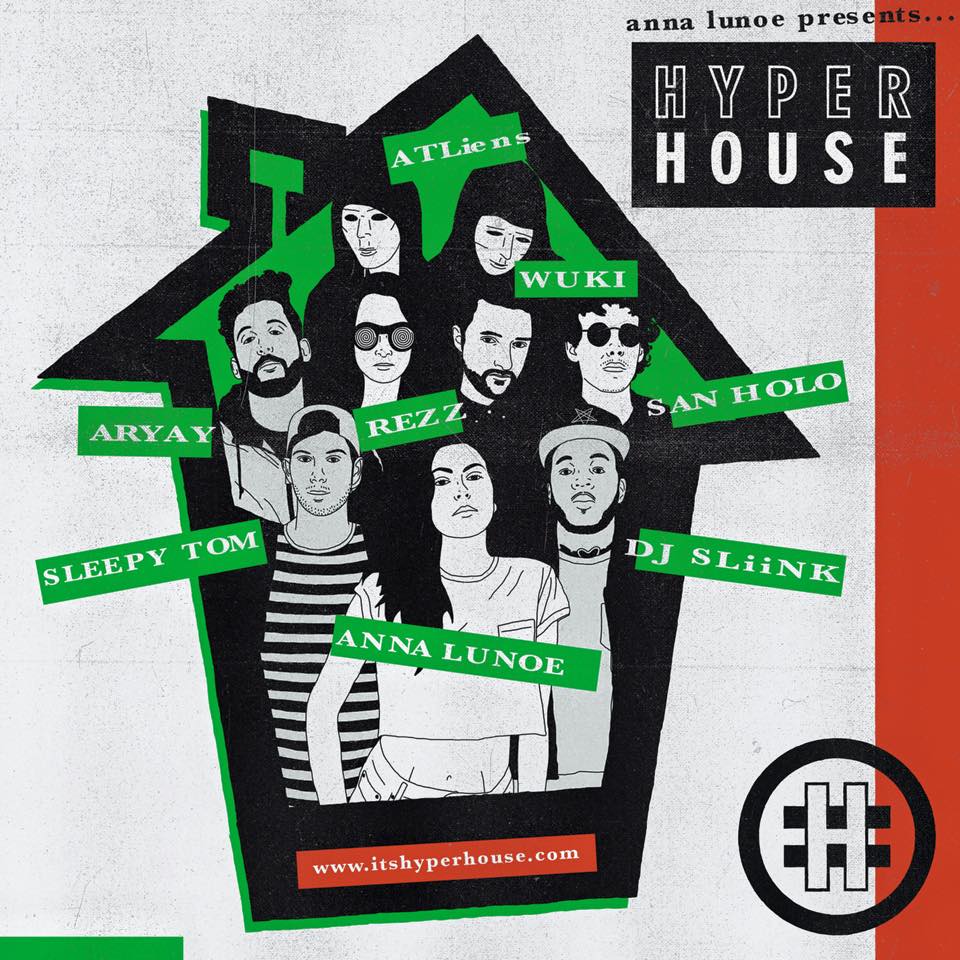 And by all accounts, it was a huge success: “The Hyperhouse shows are that quest for community in dance music, you know? I could have done a headline show and made it all about my thing but it’s so much more fun to create something that people share in and feel a part of. So all the Hyperhouse tours were very much a family show. Everyone played together for the night. It was like, people just didn’t come and play their set and leave. Everybody was there all night every night and that’s what I love about dance music. I love sharing ideas and collaborating with other people.

“All those things are what I love about dance music and I was bored of touring on my own. It’s more fun and better for the artist, better for the audience, better for the industry to be part of something bigger than that. That’s where I’m at. There’s more to it then just headline shows. There’s a community here and people are gravitating towards it. The response to the shows was like 'That was a fucking party!' That was really fun to see the artists bring something crazy and honest and try and throw each other off. And the crowds were incredible and open minded to. In New York I had Rezz, who plays industrial 115bpm techno for the most part and then the next act was San Holo, who was doing trippy-trap stuff and then I played and then Wuki played break-bass kind of booty-bass and every set the crowd was going crazy. Really, really supportive, open-minded crowds and that’s cool too. The idea of dance music being one thing and not separated into genres is a cool idea. Not a new idea, but an idea that I like to support.” 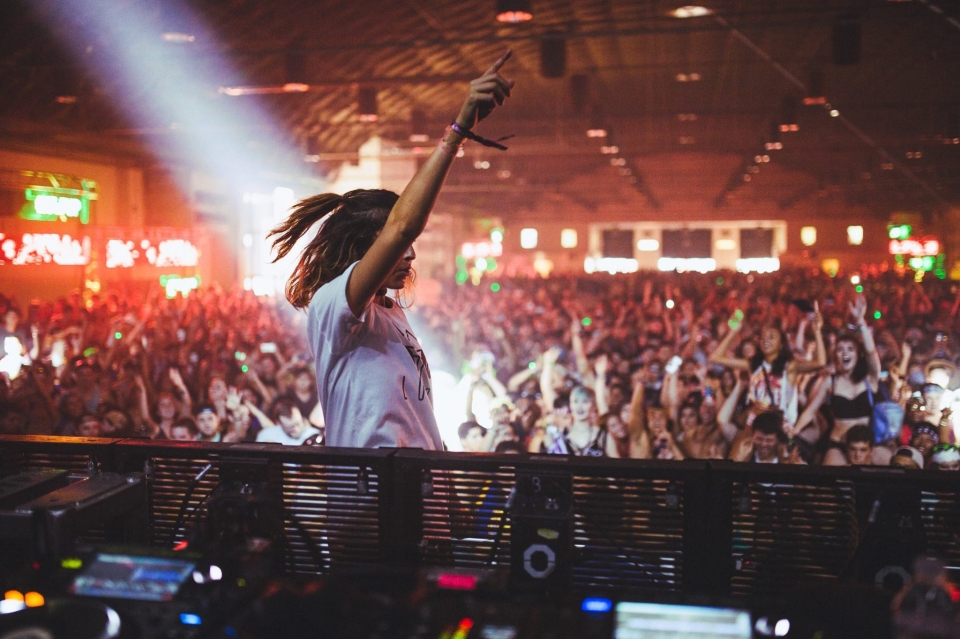 Between all of the touring and the Beats 1 show, what about her own music? Her most recent tracks came almost six months ago with Sleepy Tom and Chris Lake, and while it’s understandable that it’s been a little hard to get down to the business of bass drum dealing, Lunoe assures she’s got some stuff in the works for 2016: “I’ve got an EP pretty much done actually and I’m just trying to work out when to release it. This year the radio show kind of threw my release plan a little bit because I didn’t have to put all those finishing touches on with the touring. But yeah, next year I’m gonna take a little less time touring and a little more time making music and just creating a body of work that I’m really proud of…

"I really wanna make sure that when I release something I’m adding something or bringing a new idea or something that I think is worth sharing. I don’t wanna rush anything out I just want to take my time and make it great!”

You can catch Anna Lunoe at one of the following dates while she's in Australia: 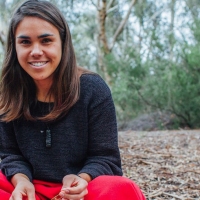 Five Minutes With Millie Telford (SEED/AYCC)An inspiring young Australian to get to know. 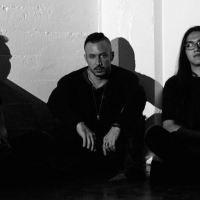 Greg Puciato's transition from Dillinger to The Black QueenThe Dillinger frontman discusses adapting to a new genre and being mentored by the legendary Justin Meldal-Johnsen.

The charismatic singer-songwriter takes us through the biggest musical inspirations behind his slick and sexy debut EP.