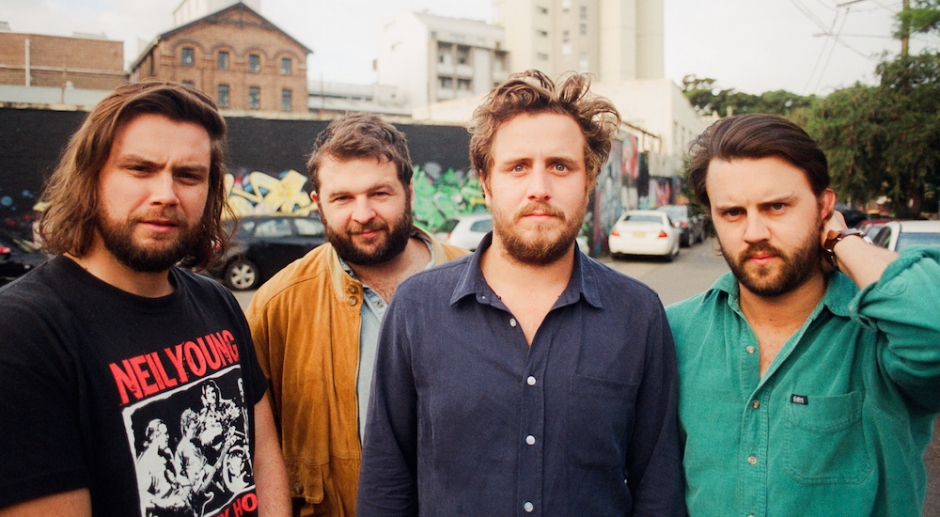 Adelaide rockers Bad//Dreems are a national treasure. With a pure, unfiltered Aussie pub rock'n'roll sound that pulls no punches, they've taken to our country's music scene with a vengeance, and we have taken to them accordingly. Their 2015 album, Dogs At Bay, was as strong a debut we've seen in Australian music as any, and a few weeks ago they released its follow up, Gutful, to acclaim from fans and critics alike. Consisting of Ben Marwe (vocals/guitar), Alex Cameron (guitar), James Bartold (bass), and Miles Wilson (drums), they simultaneously harken back to a time when bands like Midnight Oil reigned supreme, and sit comfortably alongside contemporaries like The Smith Street Band, Violent Soho and Gang Of Youths as a powerful voice in Australian rock.

With a penchant for honest storytelling around shit that actually matters, Bad//Dreems fanbase has grown plenty over the past couple of years as a result, along with their rawkus live shows. They're instantly relatable as a bunch of honest blokes, who don't mind a couple of tinnie, and say what's on their mind. And Bad//Dreems have a lot on their mind in 2017. A response to the current Australian political and social environment, Gutful takes on Australia's burgeoning nationalist scene, while also being unafraid to tackle heady topics of depression and loneliness. It makes for one of this year's finest Australian albums.

They'll be celebrating the album with an Australian tour kicking off in a couple of weeks, and we had the pleasure of chatting to guitarist Alex Cameron recently to find out how balancing full time jobs and a music career is going, what they've had a gutful of, whether politics has a place in their music or not, and balancing a rawkus live show with safe spaces for everyone to enjoy them in.

On balancing work and music and how it keeps them grounded:

Everyone’s got a job. We don’t really any other choice. We don’t earn money from music. It works fairly well for the moment, but obviously our dream would be to do music as a full time thing. It gets a bit frustrating when you’re trying to rush stuff between work and whatever. I guess in some ways it’s a bit of a blessing because we don’t have any pressure to make money. We also get time away from it, which helps.

Doing a thing like music it’s kind of a self-induglent past time. You’re very much doing stuff that’s pretty egocentric. So it’s bloody good to be able to just… I mean I fucking hate going to work, but I think we all look forward to going on tour and stuff and it’s something you work towards. It reminds of when you’re a kid and you play footy or cricket on the weekend. You wake up on Saturday and be so excited, and it’s like that for us with music. Whereas if you’re doing it all the time it can be more like a job.

On the response to Gutful:

Yeah it seems like all the people have liked it. You spend those precious few hours touring and playing music for people, but so much of your time is spent back in Adelaide and you forget that there are people out there interested in what you’re doing. It’s a really good buzz when you do something like release the album and you’ve got all these people writing about it and saying stuff about it. And it just makes you excited to go out and write more songs, and go out and play the songs too.

On what inspired it:

At the end of the day we’ve got no manifesto we’re trying to push with music, we’re just trying to write good songs. But the best songs come from when you’re writing about stuff you feel strongly about. Whether it’s love or something else. Certainly in the past 18 months you have to have been living under a rock to at least not have thought about the resurgence of Hanson, the ongoing immigration debate, Trump in the USA… And we found that worked its way in to some of the songs.

We don’t really count ourselves as a political band, so it’s like fuck what do we say about that? At the end of the day it’s just what we feel and what we believe and what ended up being on some songs on the album. It’s been good some people have picked it up. A lot of music out at the moment has taken similar things. Like AB Original, Kendrick Lamar in the US… That’s one of the good things about music that it reflects the time and place it was created.

On when musicians and politics mix:

I certainly don’t like when artists or musicians talk about politics, because at the end of the day there’s not enough artists or musicians well versed in politics to say sensible things. I’m not gonna start talking about party politics in Australia because it’s not what I’m really interested in, I’m interested in the social commentary side of things and prevailing trends in our world. But I’ve got fuck all interest in the back room maneuvering in Canberra because I think that’s all bullshit. But look at someone like Peter Garrett, he ran through parliament and he was a guy who became a politician, which is differnet. And people who say can’t you leave politics out of it, I agree with them. The songs aren’t meant to be political messages, they’re just songs about shit you see around you every day.

On the documentary they created for Gutful and catharthis:

We’ve got this guy we work with called Ben Helwig who’s basically done nearly all every one of our videos and a great videographer... We had the idea of doing a mini film to go with the album, and started out with a bit of prose that was sort of free form but yeah it was about that feeling of 9-5, and then working through the mundanity of the working week and your normal lives to get to those few hours of what you care about and what you live for. I mean that’s not just music, most of the western world works like that. We all march towards that weekend escape and do what you really care about. Certainly for the band that’s been our existence. And we live in Adelaide as well which is very much the mundane nature of our working life. And we get to escape and do all these things together with our mates and then get back on Sunday night and feel shit for the rest of the week and you get to do it all again next weekend.

On calling out shit behaviour at shows:

Yeah I think that’s something we’ve been thinking about more lately. We’ve had to take the example of some others, like Camp Cope were the ones who did that campaign around Laneway Festival about respectful behavior in crowds. You know white males make up I guess the majority of our crowd… And we might be a bit oblivious to stuff going on. And we’ve never heard of any bad incidents happening, but we’re just mindful going forward because we’ve heard these stories from other bands and other music scenes, and we want people to have that cathartic release but also not spoil the experience of the next person.

Our crowds are awesome and people go absolutely mental and there’s nothing more inspiring than standing on stage and seeing that but then sometimes you look back and think, ‘Oh that guy was swinging from live electrical cable, was that a good idea?’ As I’ve said before, it’s not the ballet it’s rock’n’roll. But also, part of rock’n’roll and music is community so you’ve gotta look after each other as we’re all there for the same reason.

On their first ever Splendour In The Grass:

We played it two years ago and it was awesome but we were first on the amphitheatre stage on Sunday and it had been heavily raining the night before. So as we were opening up the stage there were these bobcats coming out and having to push mud around, and the security guards cordoned off the few hundred people there to watch us like 50 metres back. So there were bobcats working while we were playing which was quite strange. It was like a Benny Hill film, some guys tried to break through the security guard cordon and get close to the front, and then these big burly security guards were chasing them but running on mud, slipping over in between bobcats and the beeping sounds and it was pretty funny. I think we’ll be playing a bit later this time, but just getting to go and see all the acts is awesome. 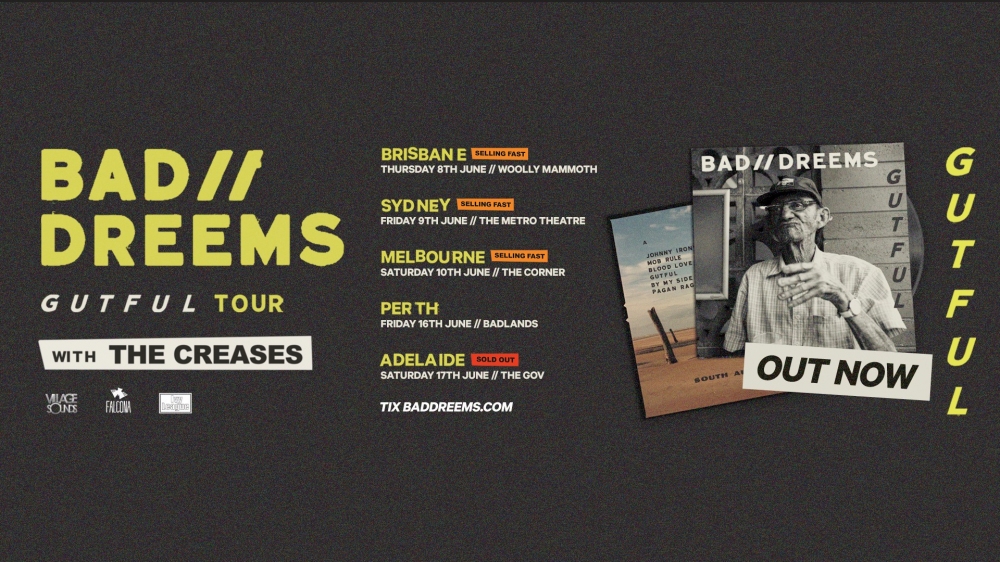 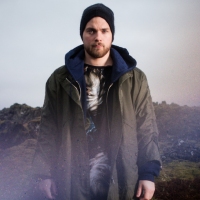 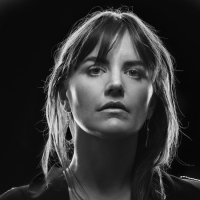 Setbacks, Safe Spaces & Sexism In The Music Industry - A Conversation With Abbe MayAbbe May takes a break from writing her new album to play SOTA Festival this weekend.

On Pang, Caroline’s first solo album under her own name, the former Chairlift member attempts to feed a hunger.