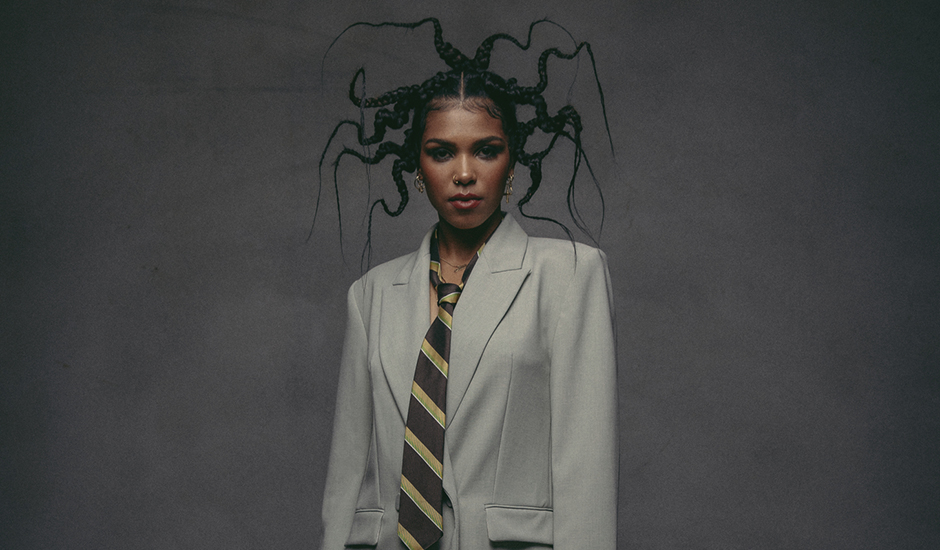 If you were one of the many people to discover Sydney-based musician Liyah Knight last year, then congratulations - you probably listened to one of Australia's best R&B releases for 2020.

Released in the final moments of last year, Liyah Knight's debut EP Nesting felt like an introduction to the future; an introduction that stung with its brilliance in the same way as Jorja Smith's earliest work, or even coming across SZA's internationally-applauded Ctrl for the first time. Nesting was the entrance of Liyah Knight and her achingly intimate and open songwriting, bringing you into the inner workings of her mind through indulgently rich R&B, full of textures and flavours that plucked from the musician's wide-ranging versatility and list of influences.

From the EP-opening Better Unsaid and Tipsy right through to the applauded Energy and closing Somebody, You, each track on Nesting felt like Liyah Knight's vision displayed in a different way, capturing her multi-dimensional musical and personal complexities in a way that felt like uncharted waters for Australian R&B. It was vulnerable and detailed, yet indescribably slick and polished; refined with the intimacies that made Nesting such a stand-out release, and made Liyah Knight an artist worth watching in the year ahead.

To the surprise of no-one, almost every 'acts to watch in 2021' list featured Liyah Knight - including our own. "She carries the power of Sampa The Great through the honey vocals of SZA or Summer Walker, drawing you in with the weightlessness of her sound that comes crushing down as she lets go, exploring facets of her life and the life around her through each song," we said. "Nesting proved that there was something brilliant in Liyah Knight, while introducing the musician and everything that fuels the music you hear."

Since the release of Nesting launched Liyah Knight into the stratosphere of Australian R&B last year, the musician has continued to further peel back the layers of her inner self through music, soundtracking her personal and musical evolution with a second project titled TRAVELLER'S GUIDE, scheduled for release later this year. It's a project that's bound to extend the spirit and personality showcased through Nesting, as Liyah Knight breaks down her sound into new textures, while going deeper into her psyche in the process of doing so.

"So, I’ve opened up, I’ve removed the layers, and I’ve let somebody in. Now what?" She asks in a note accompanying the announcement of her forthcoming release. "Now what? Following my debut EP NESTING, TRAVELLER'S GUIDE explores the journey of being open to the unfamiliar; Once we strip back our layers, we are ultimately allowing ourselves to be vulnerable and to be open to new experiences. In this instance, that new experience is love. Love is exciting, love is multidimensional, and love is enlightening."

It's something that's summarised perfectly through the project's first taste in Moon Baby, a soulful and sonically rich introduction to the project unveiled the other week. Moon Baby feels like an evolution of what we've heard already, rather than just an extension. It's a single that relishes in its dreaminess and free-flying spirit, as Liyah's vocal dances amongst twinkling melodies that support and uplift the lyricism they hold; elevating them rather than overpowering them, and drowning out the meaning of Moon Baby.

As Liyah Knight explains, Moon Baby is about "meeting someone, loving someone; the euphoria, the excitement, the giddiness," she says. "Moon Baby is the early stages of allowing someone to be the epicentre of your mind and heart."

The romanticism of it seeps through its sound as well, drawing you in with the same charisma - the same ethereal and almost otherworldly presence - that accompanied Liyah Knight's debut, and accompanied the debuts of some of R&B's most notorious and beautiful musiciains.

You can take a dive into Moon Baby now, and with it, read our interview with Liyah Knight, as we further dissect her new single, her forthcoming EP, and the power of songwriting for someone that's quickly becoming known as a beacon of it - for powerful songwriting - in 2021.

Hi Liyah! Hope you’re doing well! To start, we know you released your debut EP Nesting last year, which was an introduction to you for us, and a lot of other people out there. How did it feel to get the EP out to the public, and watching the reception come back to you?

Hello! Releasing Nesting was such a thrilling and at times daunting experience, to be honest. You’ve got all these crevices of your identity from childhood trauma to the journey of womanhood that you just share with the public without any kind of filter. I think it took getting to a place of comfort and acceptance to finally be able to do so and to see people connect with those intimate moments was just a wholesome bonus!

We know a debut EP is often full of a lot of lessons and learnings. Is there anything you were able to take away from the creation and reception of the EP, and apply to the new music you were creating?

I think when I look at all the songs I’ve released the common denominators tend to be having fun, being present and remaining true to myself. So whatever I worked on thereafter I kind of kept that as the blueprint.

On that as well, is there anything you learnt about yourself in the creation of Nesting?

I learned how much I loved working with other people. I also learned that communication in terms of execution doesn’t have to be difficult if you have a team around you that understand your vision.

You teamed up with Nerve on Cheers earlier this year, which was your first appearance since the EP came out. Can you tell us about this collaboration and how the song came together?

Cheers was a song I actually wrote with Korky Buchek on the same night as Better Unsaid and Mine (the first time meeting them). I finished the hook and just felt like the song didn’t need anything more from me and I wanted someone else on the verses. Tom mentioned that Nerve was going to be in town for a gig so I snuck in and just really loved his energy. He laid something down the next day and we worked on it again when he asked me to play it live with him at Falls later that year.

Now, you’re releasing Moon Baby, which is the first taste of your next release, TRAVELLER’S GUIDE. Can you tell us a bit about this song and its creation?

Moon Baby feels like the beginning of a dreamy fairytale for me, and in a lot of ways it was. It’s that chapter of a journey where you’re infatuated. Mark had sent me a few tracks one night, I heard this one and listened to it on repeat while I was sitting halfway out my door watching the moon.. corny as shit I know. I just started singing, voice memo’ed it and we teed up a session for the following week.

A lot of people were drawn to your debut EP because of its intimacy and vulnerability, and the power people felt through that. This single has the same feeling - it’s incredibly raw and personal. Is there anything that draws you to songwriting to show this? What inspires this in you?

I feel like being so brazenly open is like my alter-ego. It’s a stark contrast to the private and quiet person I am when outside of my comfort zone or immediate circle. It’s empowering to me.

On that, what role does songwriting or music as a whole have on your life?

Music is a hunky slice of cheesecake but ever since I was a kid, writing has been the whole damn pastry. The way people throughout history have been able to communicate through love letters and poems never ceases to amaze me. I could read some shit an ole guy wrote in 1700 and know exactly what he’s feeling. How fucking sick is that?!!

TRAVELLER’S GUIDE, from your description, sounds like an incredibly detailed vision, with a lot of meaning and power behind it. We know it’s a while away, but what should people expect from the forthcoming EP?

Just expect another honest body of work. Making TG was a huge exertion of emotion; it’s brave, it’s unapologetic and it’s me.

How does it differ from Nesting?

Production-wise and vocally I really tried to push myself laterally. I think Nesting was a cozy vulnerable whereas Traveller’s Guide might have a couple more jagged edges.

I want them to think about themselves and their own feelings/thoughts. I’m just here to make some noise and hopefully evoke something. I guess if I share some of my innermost thoughts/feelings, others might feel inclined to do the same. 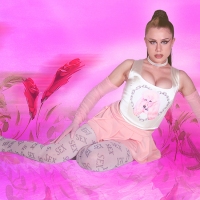 The glossy glamour of Slayyyter, pop music’s admirer turned starGrowing up, Slayyyter always had a fascination with popstars doing their own thing. It’s something she now channels in daring, maximalist pop music of her own. 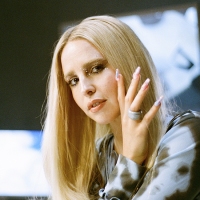 The liberation of LAUREL: “I’ve learnt to be more open-minded.”After making a daring leap into dance-pop with an EP last year, LAUREL follows it up with LIMBO CHERRY, another EP that shows her embrace of more upbeat sounds.
Get To Know