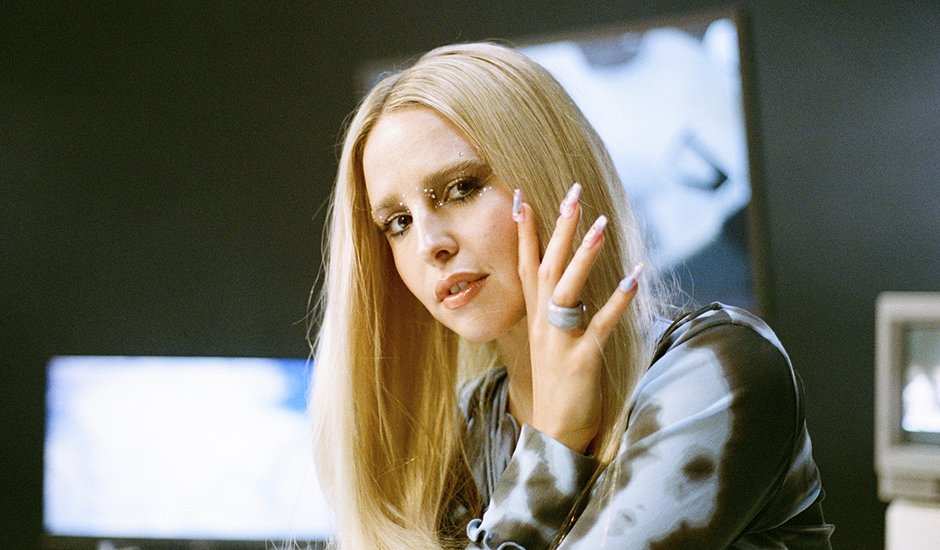 In the lead-up to releasing her song Scream Drive Faster last year, you could assume that London-raised musician Laurel Arnell-Cullen was feeling a little nervous.

As LAUREL, the musician had shared her debut album DOGVIOLET two years prior, as a near-50-minute collection of deeply intimate and stripped-back music that saw her christened as a reckoning force in UK alt-pop. Building off the sound and momentum introduced through her earlier EPs (2014’s Holy Water and 2016’s Park), DOGVIOLET seemed to encapsulate everything the musician had aimed to show with the project, and as the album’s sole writer, producer and mixer, it felt like an encapsulation of her talents too; exhibiting a definitiveness that brought together everything she was building towards throughout her career thus far.

Scream Drive Faster was the first major release LAUREL was putting out in the wake of DOGVIOLET, but it wasn’t so much the pressure or expectations that had LAUREL feeling nervous. Instead, it was that the single was something completely different to anything she had ever released in both sound and spirit, departing from the self-made and subtle indie of her past in favour of electrifying and daring dance-pop, produced alongside her close friend and collaborator, Chrome Sparks.

“I was expecting a bit of backlash, because it is so different from the first record,” she tells me from her London apartment, almost an entire year after the release of the single. “I was expecting a lot of people who did listen to my old music to maybe say they weren’t liking the new music. Sometimes people want us to just stay the same, and not change anything.”

However, it seemed the contrary happened. Scream Drive Faster became LAUREL’s breakthrough hit, scoring a debut on global charts and the triple j Hottest 100 alike, as the energisation of LAUREL’s newfound dance-pop sound began to parallel in her audience, too. “I’m so happy that people want me to progress,” she continues. “It’s really comforting to know that people are supportive of that."

Scream Drive Faster and the five-track EP that followed it, PETROL BLOOM, came from a period of transition in LAUREL’s life. Feeling removed from the feelings and settings of DOGVIOLET, she moved to the US, where she bumped - literally - into Chrome Sparks mending a flat bike tyre on the street. They went up to his studio further down the road, bonded over music, and wrote Best I Ever Had, another successful single from PETROL BLOOM. That soon turned into an entire EP and a close-knit collaborative partnership that would continue to blossom, even after LAUREL was forced back to the UK due to the growing, pandemic-induced restrictions.

LIMBO CHERRY is a sibling-like companion EP to PETROL BLOOM, once again worked on alongside Chrome Sparks but this time in isolation from one another, amongst the restrictions and lockdowns on both sides of the Atlantic Ocean within the last year. It’s an EP that lives in the same universe as PETROL BLOOM, with the same sonic roots in electronica and the same sense of freeing, personal catharticism within its lyrics. This time, however, it feels heightened in both meaning and sound, presenting an evolution of what LAUREL had initially introduced the year prior.

As LAUREL explains, the idea was always to release a pair of EPs. “It takes a really long time to make a record, and we wanted to release something quickly; something more current and within what I was feeling at the time,” she says. “I could have waited - spend a year working on the record and then releasing it - but it felt quite important to start moving along with new music as soon as we could.” And so, the pair of EPs were born, designed with the idea of them intertwining with one another, connecting to create a whole body of work that later, could be pressed onto vinyl. “I didn’t want to do just four or five songs,” she explains.

With that end goal in mind, first came PETROL BLOOM, recorded throughout 2019 in studios with Chrome Sparks. Then, came LIMBO CHERRY, recorded last year from their respective studios, but built together through online collaboration. “It was a process that… I think helped me to have better songs, because I wasn’t trying to find filler tracks,” LAUREL explains.

“With this EP project, every song on there was very carefully chosen from a large pool of songs. I think it just made the quality of the music better, because I was focusing on fewer songs.” 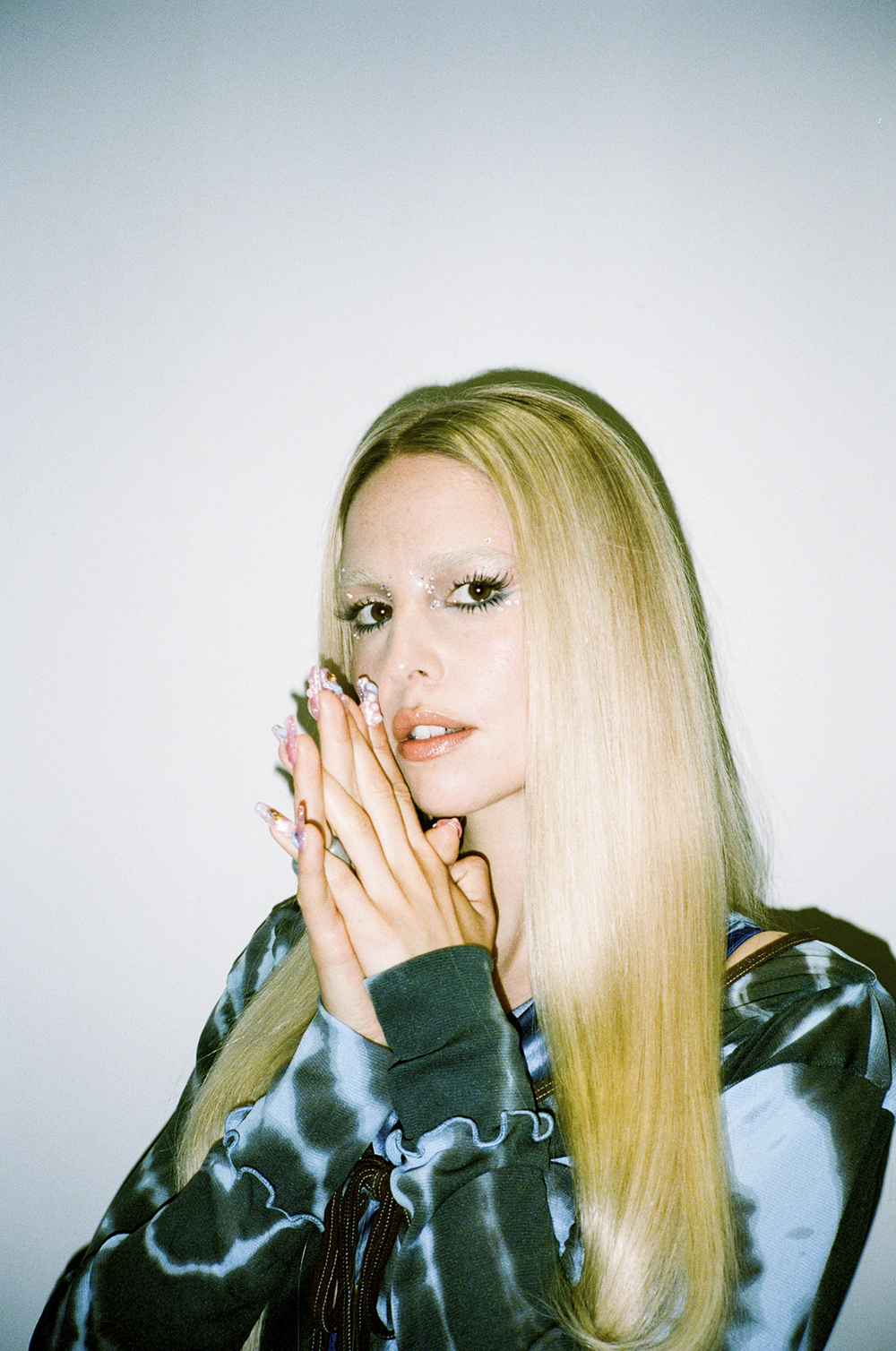 LIMBO CHERRY is definitely an EP where quality thrives over quantity.

Much like its predecessor, it’s a sharp and focused EP that hones in on an idea and goes above and beyond to deliver it, without getting distracted by having to fill gaps for the sake of a tracklisting. Also like PETROL BLOOM, it’s an EP that continues to explore LAUREL’s relationship with brighter and more conventionally pop sounds, emphasising its dancing hooks and splattered, synth-laden productions. Take the glittery You’re The One, for example, which warps romanticism together with a swaying, near-metallic-sounding synthesiser. Obsessed provides another example as perhaps LAUREL’s most pop-sounding song thus far, while Wild Side dances with the hedonism of LAUREL almost exploring her wild side, in a musical sense.

Go beyond that, however, and you’ll find that LIMBO CHERRY isn’t so much an extension of PETROL BLOOM but rather an EP that nestles somewhere between PETROL BLOOM’s dancing maximalism and DOGVIOLET’s haunting intimacy; simplistic in its delivery and bright-eyed in its production, but charading something darker and more personal with every twisting melody. On the EP-closing Drown In Sunlight, you get a slight peek of the contrast LAUREL creates throughout LIMBO CHERRY, but it’s present amongst much of the EP too, even the moments which may sound the most indulgent and free-spirited on a sonic level.

“The first EP was meant to be about the fire emotions; the passion. The second EP is more of the water side of me, which is more youthful,” she says, taking the EPs’ inspiration from Burning In Water, Drowning In Flame, a book from Charles Bukowski that was also the original titles for the pair of EPs.

“That was my pretence before writing the record, and what I wanted to achieve with them. The second EP… I find it almost teenage in the way that I talk about things. As an adult, you formulate the way you say things and everything’s carefully constructed. Whereas on LIMBO CHERRY, the lyrical content is much more simplistic and how I acted as a teenager and child. I wanted to bring the essence of my youthful self and manifest it in my actions, rather than just in the way I’m thinking.”

It’s a simplicity you would previously never have expected from LAUREL, considering her debut album was one of that year’s most striking in its lyricism. “There’s a lot of anger and sadness on [DOGVIOLET], and it became really hard to sing on stage every night,” she reflects. “A song like You’re The One has the juxtaposition of the band and the good and that will always remain in my lyrical content, but they are much more freeing, liberating and straightforward than anything on the album.”

The connections between DOGVIOLET and LIMBO CHERRY are also found amongst the remote isolation under which it was written. For LIMBO CHERRY, LAUREL would work on the songs as somewhat stripped-back ballads, before sending them over to Chrome Sparks who would invigorate each track with his production. Recording much of LIMBO CHERRY’s backbone on her own would prove reminiscent of DOGVIOLET’s self-driven creative process, and as such, many of the album’s hallmarks made a return. “We brought back the strings, which is where I definitely started out,” she says. “I think I just have a tendency to write these big ballads. It’s where I feel most comfortable.” 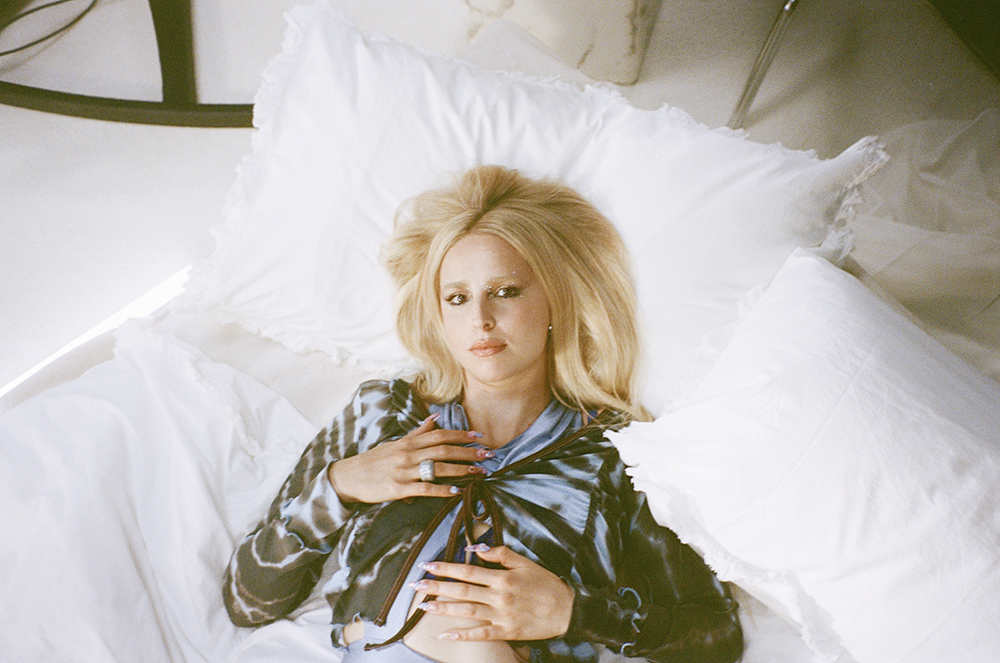 With change comes lessons and learnings, and for LAUREL, both PETROL BLOOM and LIMBO CHERRY represent one hell of a change. It shouldn’t be a surprise then, to learn that she’s been able to take away so much from the creative process of the two EPs; impacts of which are already beginning to be felt in both her personal and musical life. “I’ve learnt to be more open-minded, which has been a learning process,” she laughs, reminiscing on a time she fought with Chrome Sparks about the particulars of the synth-heavy outro on Scream Drive Faster.

It’s something being shown on the music she’s created while waiting for LIMBO CHERRY to officially come out, too. “I’m writing songs without having to worry about producing them to certain levels, and it’s been nice,” she smiles. “I definitely think my melodies are getting better and better too, as I’ve got time to spend on them without worrying about production or anything else. I think that’s the most natural way to write a song, too.” 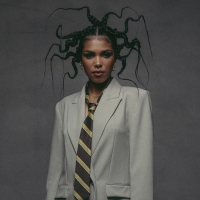 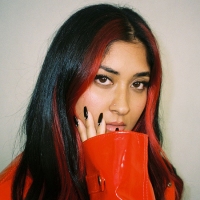 The anxiety and artistry of ASHWARYA, pop’s Indian-Australian starOn her debut EP NOCTURNAL HOURS, the Melbourne-based musician carves a culturally indebted pop sound unlike anything else we’ve heard.

Checkout our fave tracks this week featuring some dope local heat, including Spacey Jane teaming up with BENEE and Luude featuring none other than Moby (yes, that Moby)