CW: Sexual Abuse, Abuse, Homophobic Abuse. If you would like to talk to a counsellor about rape, sexual assault or domestic violence, contact 1800 RESPECT on 1800 737 732 or click HERE.

In case you missed the news this morning, “hip-hop’s next big thing” XXXTentacion was killed following a shooting in South Florida overnight. Naturally, as someone so heavily supported amongst the hip-hop circle, many have taken to social media to pay their respects to the musician – Kanye West, J Cole, Diplo and Louis Theroux among them.

However, while many of these reactions have highlighted his talent, promise and potential, they’re all missing a crucial part of his story – the allegations of abuse that have been held against him ever since his early beginnings as a rapper.

The rapper has always had a history of violence against his name – many of these being particularly terrible. In 2016, he openly bragged about beating a gay prison cellmate (who he only referred to as a “f*ggot”) to near-death on hip-hop podcast No Jumper, apparently for “staring him”.

“I started strangling him,” he says on the podcast, after detailing how he placed his cellmate’s head against a concrete slab and started stomping on him to cause severe harm. “The guard hears him, and I've got his blood all over my hands, all of my chest, literally... I was going crazy. I smear his blood on my face, on my hands. I got it, like, in my nails. I got it all over me. I was going fucking crazy."

He was also charged the aggravated battery of a pregnant woman, domestic battery by strangulation, false imprisonment and witness-tampering – many of which outlined in a testimony by the victim, XXXTentacion’s girlfriend, obtained by Pitchfork.

In the testimony, the victim explains how XXXTentacion obtained “two grilling implements—a “barbecue pitchfork” and a “barbecue cleaner,” she said—and told her to pick between them, because he was going to put one of them in her vagina.” There are also recollections on how XXXTentacion headbutted her, punched her, kicked her, stomped on her, held her head under running water and strangled her – many of which while she was pregnant.

When she eventually managed to escape and notify police, XXXTentacion was arrested and charged; her stories backed up by witnesses and friends. (Also worth noting, is when Pitchfork’s story was published, XXXTentacion said in an Instagram video that “anybody that called me a domestic abuser, I’m gonna domestically abuse ya’ll little sisters’ pussy from the back.”

All these allegations were known and published prior to and in the early beginnings of his rise, meaning that this wasn’t an instance like many others where news of abuse by a well-celebrated musician came “as a surprise.” Instead, everyone knew this – everyone knowingly supported someone who was a severe threat to many, women and gay men among them.

I spoke to @xxxtentacion and his alleged victim for this profile in @MiamiNewTimes https://t.co/SSuzUykIXe

So, how do we remember artists like XXXTentacion when they pass away?

Mourn him if you wish. If you were a fan of XXXTentacion, celebrate his life and grieve over his passing. Even if you weren’t a fan and held XXXTentacion against his allegations then it’s still a tragedy – not because of the loss of XXXTentacion himself, but the fact that a seemingly random act of gun violence in the US took the life of a 20-year-old that was gone too soon, much like how gun violence has taken the lives of many others his age and younger.

However, don’t go making a martyr out of a man who openly boasted about almost killing a gay man and has severe, multiple allegations of abuse against women – pregnant women among them – against his name.

Be empathetic if you wish, and hell, even be sympathetic if you want to. Grieve his death, if his music changed you or affected you in any way. But do so acknowledging his violence and the threat he poses towards many people in our society. How would you feel about the world celebrating and making a martyr out of someone who punched, kicked, strangled, stomped and headbutted your female friends and family? Or someone who put your gay friend’s head against a concrete brick and stomped on it to try and kill him, because your friend “stared at him.”

In a time where two innocent women have died at the hands of men in Australia JUST THIS WEEK (and furthermore, reports showing that a woman dies every week in Australia due to domestic violence), let’s not just ignore the allegations and abuse conducted by XXXTentacion on his death. Let’s not “look past the violence and show our respect” to hip-hop’s latest death.

We’ve lost a talented rapper? Sure. We never had a chance to witness him become a better person and fix the damage he caused, like he said he would? Definitely – and that’s sad, because knowing so many people affected by his music, I would like nothing more than to see him heal and better himself.

However, if you’re going to grieve the death of XXXTentacion today, tomorrow, and any day in the future, at least do so acknowledging his abuse and the pain he has caused to his victims and hope that they find peace at this time.

XXXTentacion's ex-girlfriend, the victim of the abuse outlined, is raising funds for orbital surgery to fix damage to her eyes following the abuse. If you wish to donate, go HERE. 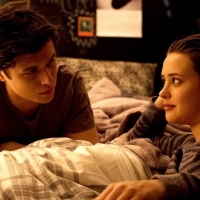 Love, Simon & The Importance Of A Mainstream Queer Coming-Of-Age StoryThe film arrives this Thursday riding a wave of positive reviews. 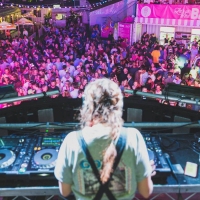 A Friendly Reminder To The Local DJs Out There: Look After Yourselves This SummerIt can be a taxing time over the summer season, make sure you get some rest.
D & M