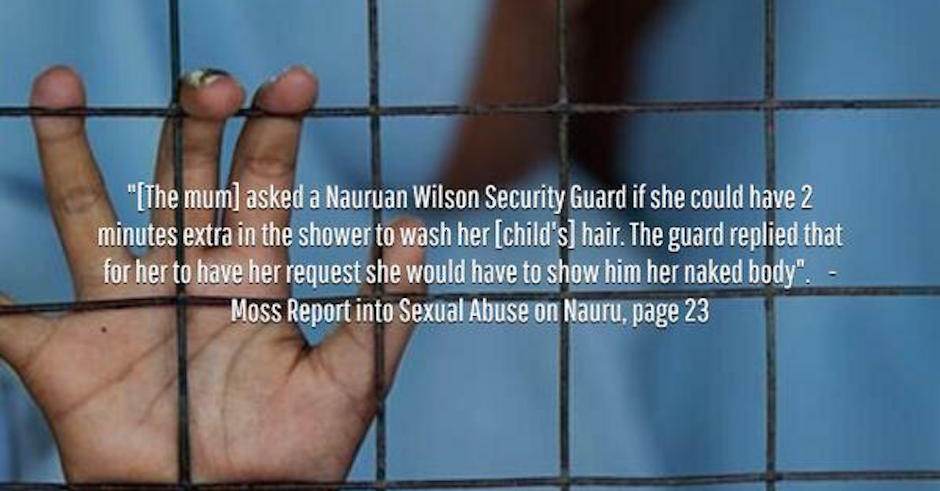 If you’ve been to Northam (a small town about 100kms from Perth) in the last few years, it’s likely you’ve noticed the massive concrete slab just outside of town, surrounded by rows and rows of high fences and razor wire. That complex is Yongah Hill Detention Centre, one of four immigration detention centres within WA. Yongah Hill is not without the usual unfortunate drawbacks of immigration centres in Australia: reports of brutality, hunger strikes and the like are common. Just to add to the cringey feeling you get whenever places like this pop up in the news, it’s been reported that, along with the asylum seekers locked up inside Yongah Hill, there’s a range of actual criminals in there as well, some of them convicted child molesters. Sadly enough, in a lot of cases, this is a best-case scenario. If you’re one of the 800 Rohingyan refugees stranded in the Andaman Sea, being locked up with child molesters might seem like a trade up. But then again, it’s that kind of comparison that pretty much shows how backwards we are when it comes to immigration policy.

While several prominent people, including Senator Sarah Hanson-Young, are on the front foot in at least trying to peg accountability for the state of immigration in this country, social media – in all its vaguely perceptible glory – seems to be the biggest platform of debate over immigration. Countless hashtags and messages of support have poured over Twitter and Facebook feeds over the years, and the latest is #kidsout: A seven-letter (and one hashtag) admonition of the incarceration of 231 children in immigration detention centres. Go look on Twitter right now: everyone from the Human Rights Law Centre to probably your next-door neighbour is posting pictures of their own childhood, with messages like, “the only detention I ever had to worry about was an hour after school. GET THOSE KIDS OUT. #kidsout.” 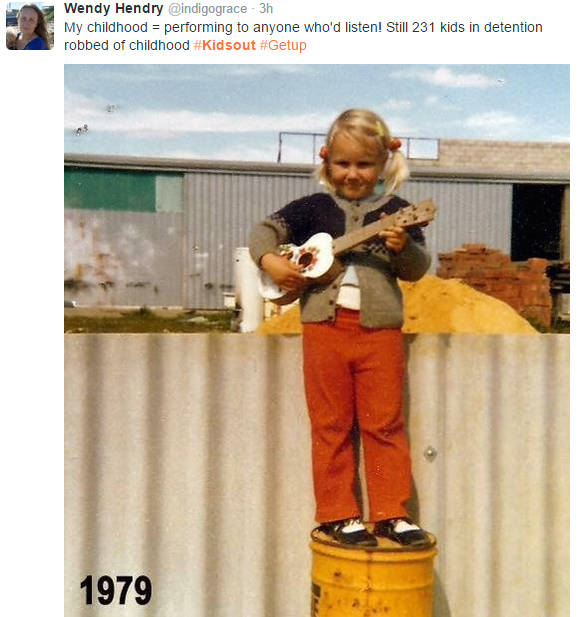 It’s all part of a new petition headed up by GetUp!, along with Amnesty, Save The Children and a few other non-profits who have been vocal about the topic of children in detention for a while now. And when I say a while, I mean about five years, which is as long as some asylum seekers under the age of 18 have been in detention. Recently, Hanson-Young, Andrew Wilkie and a few other parliamentarians delivered the petition to government in a big book, with cameras rolling out the front of Parliament House, amongst 231 life-size cut-outs. It’s all very moving stuff. 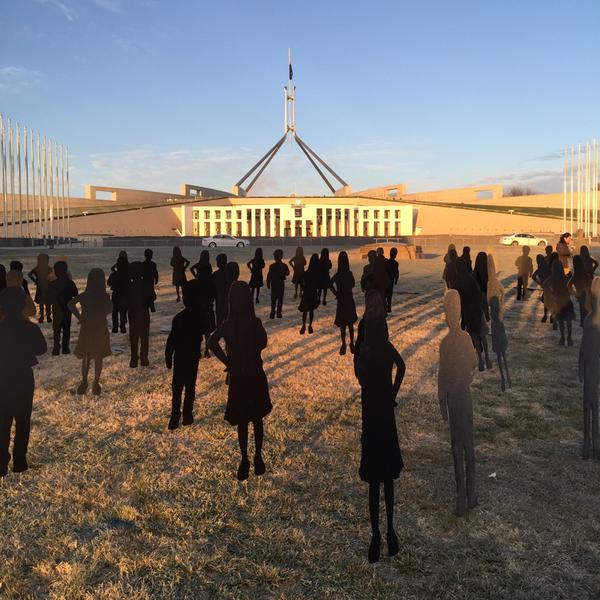 There’s no doubt that children in immigration is a serious issue. The Australian Human Rights Commission’s paper into children in detention last year reported that, from January 2013 to March 2014, there were 57 serious assaults, 207 incidents of self-harm and 33 incidents of sexual assault in detention centres with children, with the majority of those sexual assaults actually involving children. That, in any sense, is a disgusting statistic, and one that’s hard to make any sense out of. The Australian government – both current and previous - has generally held a position of distance when it comes to what is actually happening inside detention centres, which is why organisations like GetUp! and people like Hanson-Young and Wilkie have had to take the responsibility of making some kind of stand on the issue. But whether or not a petition, even one stoked by the ever-burning embers of social media, will actually have an effect on government policy is up for debate.

According to a parliamentary paper published back in 2013, the ability for petitions to impact government policy is, at best, questionable. The rate of petitions delivered to parliament has dropped significantly since the late 80s and early 90s, which at least from an outside perspective either means that governments have become less receptive of petitions, or that we’ve simply lost the idea that petitions will have any concrete effect on policy. A number of senators quoted in the paper noted that petitions are very rarely taken seriously in parliament: in 1997, the actual reading of petitions during parliamentary proceedings was stopped, with a few sheets passed around members becoming the new mode of debate.

If we were to look at Snopes – the receptacle of all debated myths on the internet – petitions are completely ineffective. This, of course, is the opinion of a single person, which has an ironic juxtaposition against the actual point of petitions, but the point still stands: it’s incredibly difficult to gauge whether or not a petition will have any effect. The Citizen reported back in 2013 on the state of petitions in Victorian Government, and basically came to a similar conclusion. But what all of the above references agree on is that petitioning has at least two clear advantages: they have the ability to galvanize and unify public opinion, and connect people and organisations in a way that provides at least some socio-political solidarity; and supply a cost-effective means of communication between the public and their government.

The #kidsout campaign seems to hit both of these targets pretty effectively. If the amount of people fawning over each other’s childhood pictures is anything to go by, it’s creating a fair amount of community debate, at least over how shitty certain haircuts were back in the 80s. It’s also a clear link to government: the parliamentarians who handed the petition over last week have at least some clout when it comes to policy, thanks to our barely-hanging-by-a-thread two-party system. Hanson-Young took the opportunity of the morning’s proceedings to throw another stick in the government’s immigration cog, announcing that a boy with a broken arm on Nauru was set to be shipped to India, instead of Australia, for medical treatment.

Whether or not the reports of the above story are true is contested, but there’s no doubt that the statement is well-timed. And it’s that direct communication with the public that spurns the community at large to do something about it, like hopping on Facebook and hitting the checkbox next to “I support removing children from detention.” It’s just important to remember that, when a prominent minister uses the same process to save a part of the service his government is currently undermining, you shouldn’t assume that they take it completely seriously. 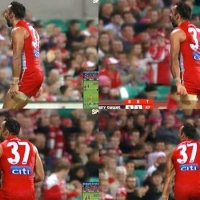 Sport As ProtestIf we don’t support our sports stars standing up to racism, then we are completely missing the point. 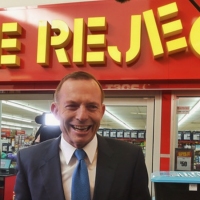 It's Not Funny Anymore, It's Just Really F*cking DepressingSeriously though.
D & M