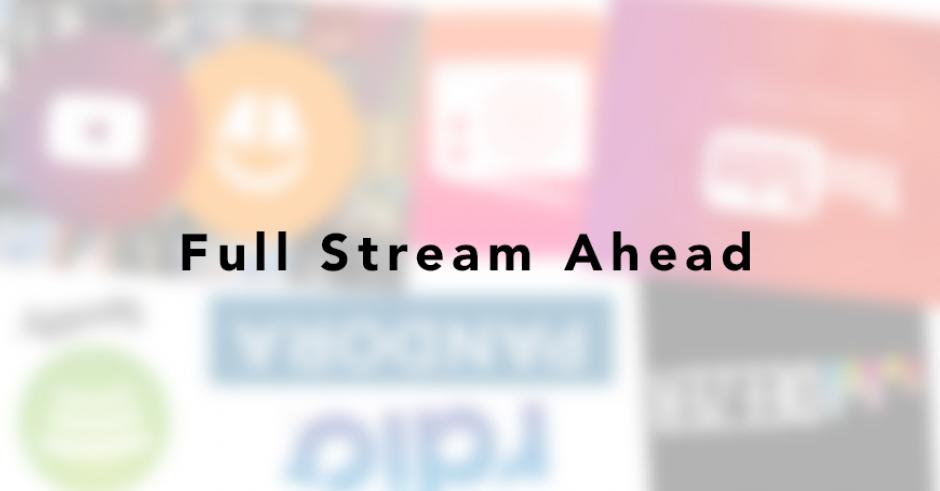 Last year was a defining year for the digitisation of music – less people than ever are buying physical products, digital sales are decreasing and streaming continues its steep incline. In line with this, it would appear the industry also needs come to terms with the very real likelihood that SoundCloud will abandon its path of ‘free’ music in place of two-tiered model like Spotify. The Fader noted that the first step of this has already occurred in 2014, when Warner signed a licensing deal with SoundCloud, but the blood has been on the wall since 2012 when they inked a deal with Kleiner Perkins. Outside of banking circles this name means nothing but they’re the group who helped with the sell-off of Whats App, Twitter, Facebook and Google. They specialise in investing in companies that ‘impact the world’ and since 2012 one of their members, Mary Meekers has had a presence on the board of Soundcloud. Recent reports peg SoundCloud’s current value potentially topping $US1.2 billion.

If you weren’t aware, Spotify’s revenue model only pays roughly $USD0.007 cents per stream, of which they give 70% of their total earnings to labels. Labels then take their agreed cut before handing remaining earnings to managements and artists. A commonly held belief is that working on rates like these means those artists cannot make a living from streaming in this current era.

With these things in mind we thought it a good time to chat about the changing face of the industry, with people who are actively involved in it. And so we hit up a few of our friends, some you know well, others maybe less so, in Regan Mathews AKA Ta-ku (artist/producer/performer); Chris Murray (Manager/Booking Agent – Falcona Touring); Andrew Sinclair (artist – Savoir, Promotions/Events Company & Record Store - Good Company); and Adam Christou (Music Director, RTRFM). 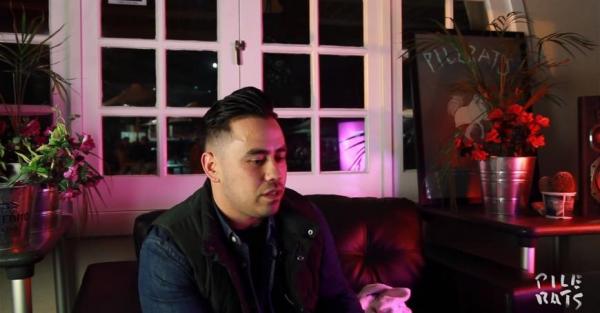 On the topic of artist cuts, Perth-based producer Mathews (who also produces with fellow Perth beatsmith Kit-Pop as HWLS), feels it should be pretty cut and dry, although of course there’s plenty of grey areas. “To be honest I think at least 50% is fair - however I do understand there are petty politics involved. Put it this way: a starting artist would be happy not taking a cent if it meant their music was being exposed to the masses via a streaming site. Whereas once that artist evolves into something bigger - will he or she be happy with the same arrangement? Probably not.”

Regardless, Mathews points out that the strongest revenue stream for an artist has long been in the touring side of things: “Even before the streaming era artists made most of their income via shows. I think we need to embrace the way music is being shared right now.” This echoes the thoughts of Billy Bragg earlier this year when he posted about ‘The Artist Economics Of Streaming’, but as Mathews states, “Whether you want to engage or not – [streaming] exists and we have to deal with it.” For Mathews this comes in the form of a greater interest in physical products: “I still believe that we as listeners of music will always value the emotionally engaging and tangible aspect of being a listener… If anything I think streaming on demand only adds to your fan base and therefore more engagement in physical aspects of your career.” 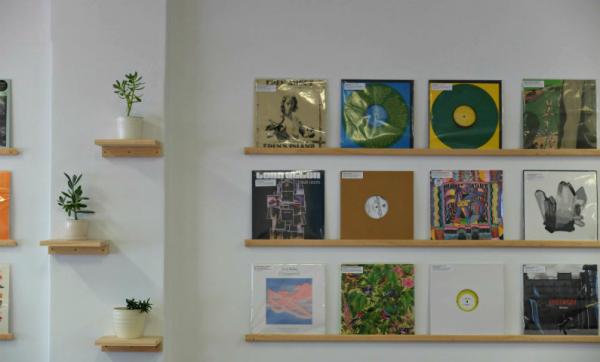 On the flipside, Andrew Sinclair, owner of Perth events team Good Company (who’ve just recently opened up a boutique record store, above), feels that streaming devalues music: “I don’t think music has equal weight on Spotify, I mean the fact that there are four million un-played songs on Spotify is kind of astounding isn’t it?” He links this loss of significance to his own experiences of crate digging as he was growing up. “As a kid I travelled a lot with my Dad, and each time we’d go to a new place the first stop would be the record stores… Searching for, listening to, and buying records is a big part of who I am as a music consumer.”

Indeed, because of Sinclair’s experiences as a long-term consumer of physical products, streaming is just another step towards digitisation that, in his opinion, does not challenge those selling hard releases. As a specialist storeowner he argues that Good Company occupy a niche selling music you can’t find on Spotify. “And I think that having free music so readily available actually drives people to spend more on music. If you care about something you want to invest in it.” He emphasises that this investment comes through Spotify appearing as a place to expand someone’s music taste. And then stores like his provide a place for true lovers to ‘invest’ by purchasing that piece of music forever. “…At the end of the day music is important to pretty much everyone out there. So there’s a reason to support it when you can.”

As part of a small, independent music group Savoir, Andrew Sinclair feels uncertain that streaming can support his career.  He notes: “…it seems like musicians are being left out of the conversation. This tends to happen when art becomes a business transaction. But it will have to change. [I] still don't know if an artist can survive off streaming royalties, no matter what percentage they earn.” Sinclair admits that he isn’t an expert in the field but the depressing figure of $USD0.007 per stream compounded by the limited number of streams that they will receive due to their reach isn’t encouraging: “I don’t think the artists we look after with [Good Company] ever really ever made money from record sales, it’s always been about touring…” 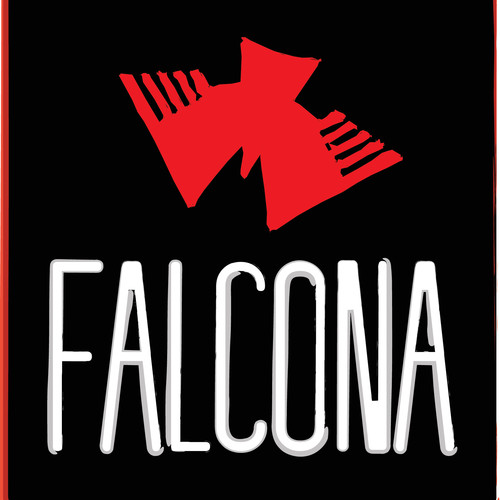 With the focus towards touring being in play for years now, surely it must be a booming time to be in the booking agent game? Not so says Falcona’s Chris Murray,an agency home to the likes of Alison Wonderland, Hayden James and Young Franco: “It’s not a boom period for booking agents, although there seem to be more and more popping up every day… I would suggest there’s more of a spotlight on the shifting nature of the industry than ever before, which might make you think the agents are doing better now than ever before.” Murray does concede that the increased digitisation allows new acts to attract better fees for playing based on hype alone. “…On the flip side, established and legacy artists are not maintaining the same connection with their audiences as they used to. People’s attention spans are not what they used to be.”

This lack of focus is a double-edged sword – consumers can be connected with bands very quickly, but it can see people be overwhelmed by a large number of ‘hype’ bands, resulting in perhaps a smaller affiliation over a large number of bands rather than a deeper appreciation of a few. Something Murray emphasises can be a scary proposition. “On both the consumer and music industry side of it, it’s often easy to forget that this is their life – and in most cases, their only shot at [a career in music].”

Murray also feels that the difficulties shift with what type of artist you are. “…There isn’t as much money in it as you might think. Touring a five- or six-piece is hugely expensive – be it a Corner in Melbourne, a Brightside in Brisbane or an Enmore in Sydney. Compare that to a DJ, whose touring cycle is continuous, who has no costs and who doesn’t have to split the fee,” ponders Murray, before adding wryly: “Why do you think more famous DJs in the world have private jets than famous bands?” It’s not all doom and gloom for acts though, regardless of their style: “Like anything, there is money to be made. Where one revenue stream like CD sales might be dwindling, others like APRA and PPCA emerge and are recovering exponentially more revenue every year. And yes, some of this even reaches the artists.”

APRA and PPCA are organisations that deal with royalty payments and ensure that the original rights holders receive payment for the work they have done. Murray believes that it is best to aim for longevity: “Yes you can blow up quicker, but you also die quicker than ever if you don’t execute correctly and have a solid 18-month rollout plan. Longevity is the holy grail these days. Just because you can release something immediately, doesn’t always mean you should.” 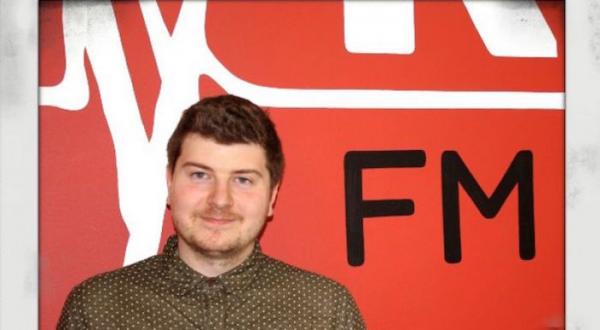 Artists are not the only people affected by the advent of the ‘streaming’ era. Radio stations held an enormous amount of power prior to the Internet because they provided people with a platform to hear music without buying it first. Much in the way VHS was the only way you could see a movie again even remotely close to its prior cinema release. And in a time where the only other way to hear a certain song was to buy it, it meant radio stations were able to shape popularity. But are things different now? Is radio’s power as diluted because as a listener we’re able to search for whatever we want, when we want? Adam Christou, Music Director at Perth community radio station RTRFM isn’t worried: “I actually think radio (particularly community radio in an Australia context) has managed to thrive during this period of mass-access, streaming and music-sharing. It all comes down to the concept of being paralysed with choice. When there’s so many limitless options…where do you begin?”

While not a community station, consider the power that Triple J holds and has retained over the years. But asides from Triple J Christou believes that, “community radio is well known for being where bands tends to get their first break, but it’s also the place where long-established artists receive continual support throughout their careers.” Christou also raises a valid point for the potential continued role of radio in this era of streaming. “A station like RTRFM’s broadcasting model works like a filter for all that online white noise.”

According to Christou those who actively engage with music at RTRFM shape this filter: “We have dedicated broadcasters, who in some circumstances have decades of experience, digging through music and sharing it with you.” However, the key factor is as Christou says, “…the temporal nature of live radio, the live broadcast experience is happening once and it’s happening now.” Currently, Spotify does not have this feature. Which highlights, according to Christou, how community radio is different from Spotify. Radio triumphs musical discovery where as Spotify acts as an extension of your musical library.

With the future of music shifting towards streaming Murray best summarises the current climate within the music industry, “It is what it is, we live in a world of streaming music that’s growing at a rapid rate – adapt or die. Stop crying poor and clinging to clearly out-dated business models and find other ways to monetise your artist’s art.” 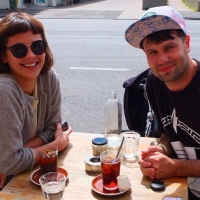 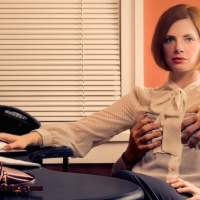