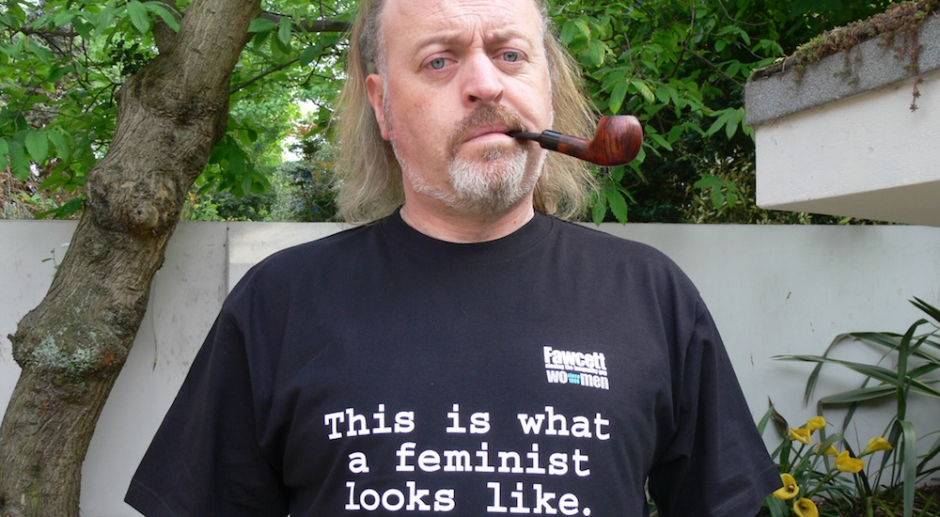 Last week, Maile Shanti wrote an article for Pilerats entitled “A conversation about Feminism”, and like it or not it has inspired me to write something in return, thus actually contributing to the "conversation". I’ve seen women tackle every angle possible when it comes to encouraging men to join in with feminism, and I’ve seen men disregard many things these women say with some sort of shithead comment about sports or over-emotional females.

It’s scary to think that what I am writing about is reaching out to an audience that may not fully understand me because I am a man. It scares me because I am going to be telling you about what I go through as a male and sometimes this may come across as an attack on your gender. I realised though, that sharing this is so important. I agree with Maile on many points, and I love the fact that her article’s overarching thrust is a refreshingly balanced and even-handed position in an internet culture that screams over one another in black and white.

Unfortunately though, as some of the comments on Pilerats’ Facebook post about Maile’s article suggest, there’s just no getting through to some people. Feminism has become a dirty word for some. Through a lack of unified arguments and infighting, a huge media spotlight on the movement’s every little thought (well-reasoned or not), and a condescending streak through at times even the most welcoming feminist arguments, men have stopped listening. A lot of women have stopped listening too. Feminism’s starting to look like the Labor party right before over half the population decided that Tony Abbott was a better alternative. That means something’s gone seriously wrong.

Obviously there are millions of women and men who fully embrace and celebrate the push for equality in all things, race, gender, culture and any of the interconnected points in between, and every day we achieve new victories for said equality. Gay marriage is now a legal right in America, for example. But it’s tough to get a full sense of what many people really think until they open their mouths. And the kinds of people who recoil like someone just put ice down their back when they hear the word feminism are the exact sorts of people who might be, either consciously, or unconsciously, engaging in sexist behaviour. So it’s not really enough to tell these people that they need to just get onboard, they’ve already made their mind up on feminism.

I don’t claim to have all the answers; to reach a group of people who have already decided that a woman complaining about sexism is meritless requires an understanding of them I don’t think I possess. But I can tell you that every time a gender-neutral issue, a human condition issue, is thrown under the umbrella of feminism, you’re risking the alienation of an ally.

Maile’s story about the young boys on the train, for example, could have happened to anyone. Worried about confronting a group of strangers in a public space about something you disagree with because they’ll likely respond negatively? Join the club; I doubt I’d confront them either. Could it be the statistically higher rate of men being assaulted by strangers that would stop me in my tracks? Maybe. Or could it be the commonly held perception and suspicion of a grown man approaching children he didn’t know in public? That’s definitely a factor. From childhood I was always taught that if I needed to approach a stranger for help, look for a woman, not a man. Men were dangerous. But ultimately it’s the fear that people have of putting themselves out there, especially in the face of overt competition. Our inaction is not gendered miseducation; it’s the human condition. It’s survival instinct. There’s safety in numbers, and the thought of being ostracized by members of our society still activates that primal fear in our lizard brains that used to be the difference between life and death.

Then there was Pantene’s #ShineStrong campaign, also known as the “Sorry, not sorry” video (above). The video takes basic societal decency and presents it as a female only concern that is somehow a result of a society that trains women (exclusively) to apologise for everything. But if I interrupted someone in the middle of a presentation you better believe I’d lead with an apology. If I bumped into someone on the street I’d say sorry. If I cut someone off as they were about to speak it’d be the same. You aren’t really sorry, it probably wasn’t even your fault; people just say these things to let each other know they aren’t rude sociopaths who disregard the feelings and personal space of others. The video concludes with every woman who previously apologised like a decent person instead being “less than polite” to the men around her. The fact that it’s always a woman playing off a man in the video insinuates this perpetual us vs. them idea that steers men away from a lot of feminism in the first place.

Feminism on the internet is rife with branding issues, there are millions of people online arguing their individual notion of what feminism, sexism, and equality mean. The most interesting conversations unfortunately happen in the internet’s niche corners; these are the conversations that many men and women will never see. But let’s take a look at what they will see, shall we? Buzzfeed is a hugely popular website that has taken a strong pop-culture feminist stance of late. Because there’s nothing you can say about women’s rights that can’t be said better with a list of shirtless Ryan Gosling gifs. Here’s two articles a quick browse brought up:

Hmm. That seems… problematic. Ok, we all know Buzzfeed is trash anyway though, right? The kind of journalistic sewerage we sometimes have to wade through in order to get to a killer chili con queso dip recipe or a nutella experiment or to learn what kind of pizza you are based on a series of inane questions (I’m a pepperoni). Let’s check out something a little more credible and aligned to the tastes of Pilerats’ discerning reader base. Vice, maybe?

For anyone who missed this article, it was basically the insane belief of a woman given a platform via Vice and Twitter hashtags to demand monetary compensation as a woman for her “emotional labour” in relationships. What she’s talking about here is supporting your partner and helping them with their problems at the end of a long day, you know, the bedrock of any functional relationship and unequivocally a two-way street. Aside from not so subtly suggesting not only that most - if not all - men are aggressive, angry, and emotionally disastrous, Chief-Elk also based her entire argument around the notion that men traditionally go out and work for a wage and women don’t. This is a regressive, anti-feminist stance to say the least.

These aren’t individual, powerless crackpot notions of feminism in the shadows of the web; they are widely spread hypocritical viewpoints on gender imbalance and stereotypes espoused by major websites and publications. They are Meghan Trainor telling us through smash hits that you should be proud of your body while telling “skinny bitches” they are unattractive. It’s then Trainor releasing another song that tells men all the ways they need to be (all of which are stereotypically masculine) in order to win her heart, while sweetening the deal with promises of a woman who demands her dates be paid for and admission that she is always right after every fight.

And this is the marketable side of feminism. We haven’t even gotten to the side of the internet that’s vitriolic and exclusionist. There are individuals online telling us that all sex is rape, that any opinion expressed (especially about feminism) by a man is “mansplaining”; defined as a man explaining something to a woman in a manner regarded as condescending or patronising. Of course, in the toneless world of text comments on screens, you can imagine how often this phrase gets thrown around. We’re told that being born male means we are some sort of perpetual aggressor through our innate “privilege”; a concept that seems to fall apart rapidly when put into real world practice, and also generalises entirely based on gender, which sounds sadly familiar. Hell, I’ve even stumbled across some websites that give soapboxes to feminists pushing for mass genocide:

I’ve walked home alone in the dark, checking over my shoulder every minute (everyone does, we’re all scared). I’ve had people laugh at my frustration and anger because they didn’t respect or understand me. I’ve stressed out over not having abs like a shirtless Ryan Gosling gif list, or looking like the cast of Magic Mike, afraid that it means I’m not attractive. Both genders struggle with these things. I was afraid to write this article, scared that people might skim through, assume I’m anti-feminist, and chastise me. I subconsciously make decisions talking about feminism in public spaces I realise females do not have to make. I wouldn’t have even written this article if Maile’s wasn’t directly addressed at men specifically, that’s how anxious I am about the possible response. But feminism is a gender-neutral concern. We all need to come together to solve real issues still holding women and men back in society. Why though, do I still feel unwelcome when I step inside the circle?

I’m not saying that female-only concerns don’t exist. I’m not saying that sexual assault and domestic violence and a society that often tells you you’re only as good as you look in a bikini aren’t real and dangerous issues for women. I don’t want feminism to start discussing male-only issues or make harsh truths somehow more palatable for everyone at the expense of progress. I just think that if modern feminism is ever going to win over the men and women who have forsaken it, it needs to get its story straight. The mission is important, but it’s veered off track on the way.

My message to feminists everywhere is (and I'm paraphrasing Maile's final few sentences): Make all men around you feel safe when discussing feminism. Make sure men feel safe to come up and ask you a question, to make mistakes about what feminism means or to constructively disagree with you. By taking note of oppressive behaviours in feminism, and making a conscious choice not to regurgitate these harmful ideologies, you can help us be a part of the big step towards change. Right now we’re all too afraid to talk about feminism, let alone call ourselves feminists. 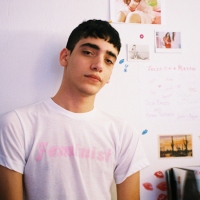 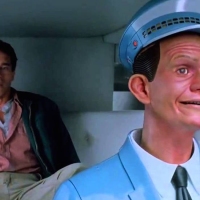