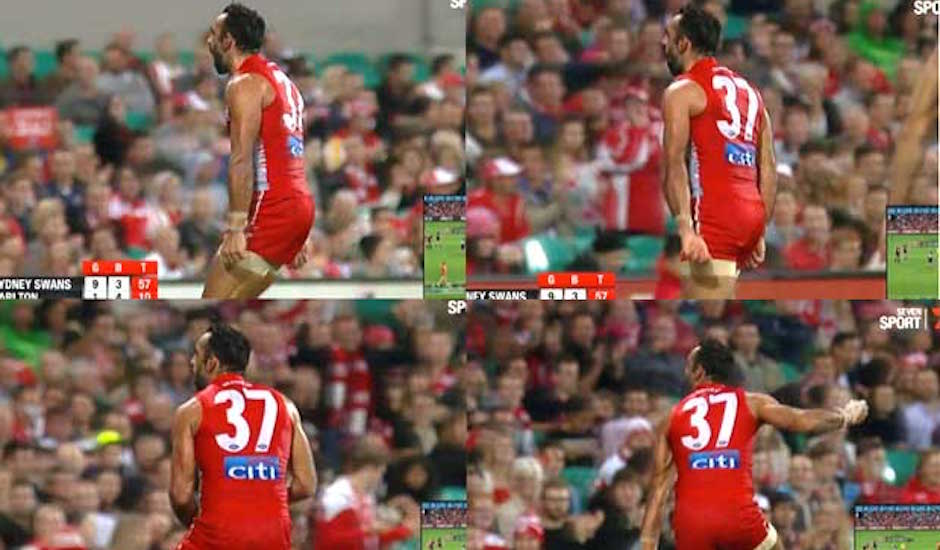 Last night on Q&A, legendary actor and Indigenous rights activist Jack Charles was forced into an oft-maligned and unenviable role that is unfortunately common whenever a serious debate on Australian culture pops up: that of the mouthpiece of the entire Aboriginal population. It all started with the first question of the night, which was a fundamentally backward and perplexing statement from a member of the audience. In short, she compared her Irish heritage – and the subsequent bullying and taunts of “Ranga” towards her and her relatives as children – to the plight of Indigenous Australians, and argued that, just like redheads, Aboriginals should grow out of a phase of aggressively standing up to racism. Obviously dumfounded, Charles was forced onto the back foot and into the realm of simple, general observation. “Australia is uniquely racist,” he argued, “And I can’t put it any more succinctly than that. That’s my observations. That’s the observation of many Aboriginals in Australia. And that’s how it is. It’s a long journey for us to undertake. Get used to it.”

The question and Charles’ response were a reflection on Sydney Swans AFL player Adam Goodes’ actions on Friday night, when the Swans tackled Carlton. Goodes celebrated a booted goal by displaying an Aboriginal war dance directly in front of a group of Carlton supporters, which involved the mimed throwing of a spear. The reaction from the crowd was not surprising: a mix of loud boos and even more racial slurs. But it’s what came next, and what has unfolded over the last few days, that have made Jack Charles’ statement immediately palpable, and have raised dire observations on just how unready we are to embrace racial diversity in Australia. Because if we can’t support it on the footy field – during Indigenous round, no less – then when the fuck can we support it?

Dermott Brereton, the harbinger of all that is right and wholesome about Australian Rules, had some fittingly astute observations to make about the whole scenario during game time. “To actually run at somebody in a war dance... it actually signifies ‘I want to be violent against you', I didn't like it. No good could come from it." Even Dennis Cometti, the elder statesman of football commentary, gingerly denounced Goodes’ decision. “…probably best not to do it… won't stop the booing though, will it?” he questioned.

Then there was Eddie McGuire, he who once likened Adam Goodes to King Kong only a couple of years ago. “Television is a powerful tool. But so is Eddie McGuire,” a wise sage once said. It’s come as no surprise that the Channel Nine exec and Collingwood President would come out and drop his two cents down the drain as well, stating that Goodes and teammate Lewis Jetta – who also had something planned if he had kicked a goal – should’ve warned the AFL and supporters before attempting any kind of “demonstration”, in order to not damage the sensitive egos of the notoriously fragile Carlton Football Club. While McGuire has since defended the immediate negativity towards the demonstration, his egotistical need to continuously comment on the event doesn’t make him look any more educated on the topic. It’s this level of high-strung hyperbole and, let’s face it, vitriol that potentially proves that, despite our best attempts to provide some kind of mainstream acceptance of Indigenous pride through football, we are failing miserably.

The amount of pitch-nosed derision that Goodes has been treated with by high-profile members of the football industry is a flabbergasting response to what, in all intents and purposes, was an attempt to be proud of Indigenous culture during a round of football specifically designed to promote Indigenous culture. It is apparently all too easy for us, as footy-watching Australians, to notice the special centre-bounce circle and those nifty guernseys and say, ‘Well, look at all the things we’re doing for the blackfellas, aye?’ as we turn and smirk at our friends and families. But as soon as one of those Indigenous Australians decides to make some kind of physical statement on their place in the Indigenous and the Australian community in general – irrespective of whether or not that was Goodes’ intention – the old Colonial fear kicks back in, and we all fall over each other trying to draw a line between what we deem offensive and inoffensive. Offensive and inoffensive, I might add, as directed to a bunch of drunken racist bogans screaming “ape” at one of our most treasured professional athletes. 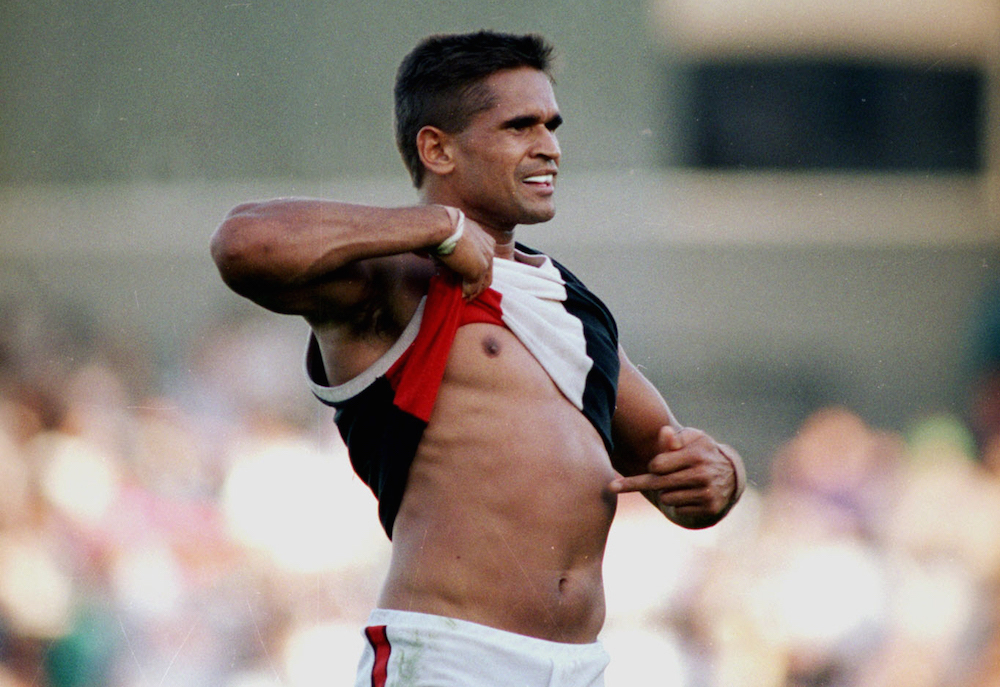 You’d think we would have made some kind of progress since 1993, when Nicky Winmar famously lifted his geurnsey to point at his skin during a match against Collingwood. Throughout the ‘90s, Winmar was a constant target of vicious insults during his professional career, most notably from the aforementioned fountain of decency Brereton and Sam Newman, who infamously appeared on The Footy Show in blackface when Winmar cancelled an appearance to appear on a rival network’s program. And whilst Newman is altogether seen as a caricature of footy larrikinism in Australia, it’s disconcerting to see how acceptable such practices of clear racial insult still are in Australian Rules football.

But, then again, these cases are not just famous for their offensiveness. They are just as well-known because of the platform on which they are enacted. There were 31,205 punters at the SCG during the Sydney/Carlton game, with a whole lot more watching the game from home, as usual on a Friday night. The Australian Football League is in a constant battle with the NRL over the highest TV ratings, but both dominate weekend broadcasts, and have done for years. Watching football of both codes has become ingrained into our cultural identity to the extent that more people associate with a team than a suburb or a church. And it’s exactly why it’s so distressing when this kind of racism rears its ugly head, because as our national pastime, football should be the exact opposite of what this past weekend has shown. It should be the ultimate platform of racial acceptance and support, rather than one where a few old-boy racists get a chance to demean a perpetually marginalised culture.

While Indigenous players make up roughly nine per cent of the current AFL roster, there’s no doubt that some of the greatest players out there are Aboriginal. The aforementioned Goodes and Jetta; Adelaide star Eddie Betts and his teammates Cameron Yolman and Charlie Cameron; Steven Motlop, Cyril Rioli, Paddy Ryder, and my own beloved Dan and Alex Pearce, Michael Walters, Michael Johnston and Steven Hill. The list goes on, and all of them have some kind of large impact on football. Not just on the game itself, but on the vision and leadership they provide in the Indigenous community. They are the significant role models of hundreds, if not thousands of young Indigenous kids right across the country, with various organisations and programs set up to promote as much contact between the players and their fans as possible. These are the people that Indigenous youth look up to, and that really means that as a country we have a responsibility to support their attempts to instil pride in culture, not demean it. 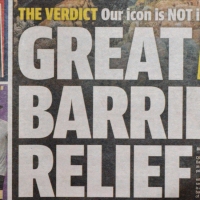 The Verdict: Murdoch Mass Media Is Not Our FriendA few words for the Brisbane Courier Mail and the supposedly joyous news that the Great Barrier Reef is totally fine. 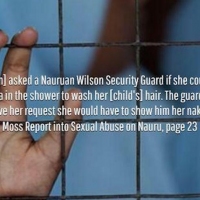