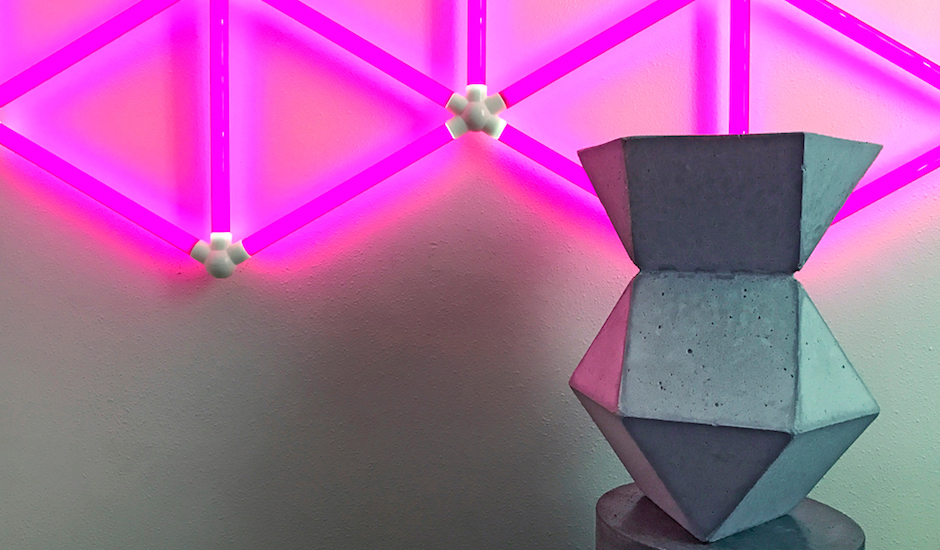 A Perth-based artist with some exciting exhibitions on the horizon.

We catch up with Perth artist Joshua Webb as he prepares works for two upcoming exhibitions and a public art commission. 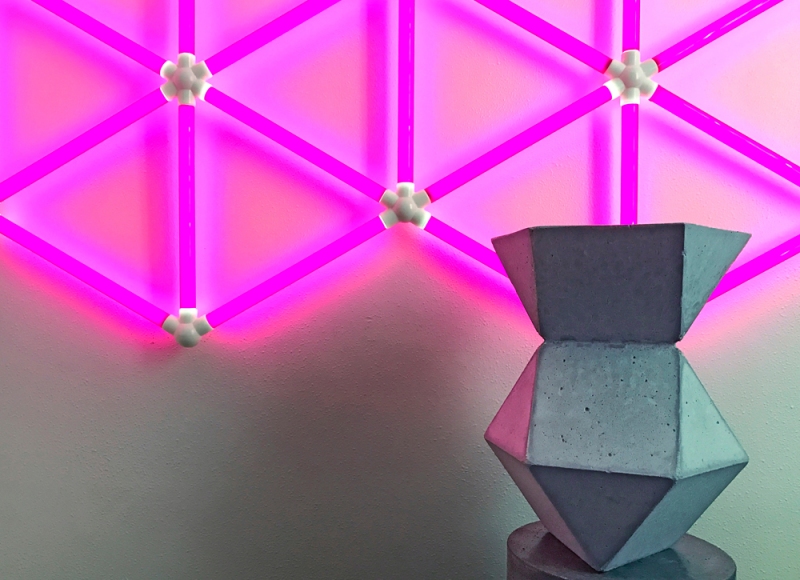 I’m killing time in my car – waiting in a typical industrial zone adjacent to a strip of warehouses out in Lansdale.

No day is typical really when your freelance.

…Well, there is always admin to do in the morning. It’s all the boring stuff that keeps you afloat financially while moving forward, but it’s not in the slightest way creative. When I finally get the admin done, and if I don’t have a meeting scheduled, I try to build things. I could be casting concrete if the weather is good, assembling electrical components for lights, designing and redesigning parts to be made, maintenance on my 3D printer and sometimes even printing a part I need. This continues till 6pm when I do some R&R called exercise.

I more or less just work like this seven days a week with occasional interludes of socialising and binge/recreational drinking. 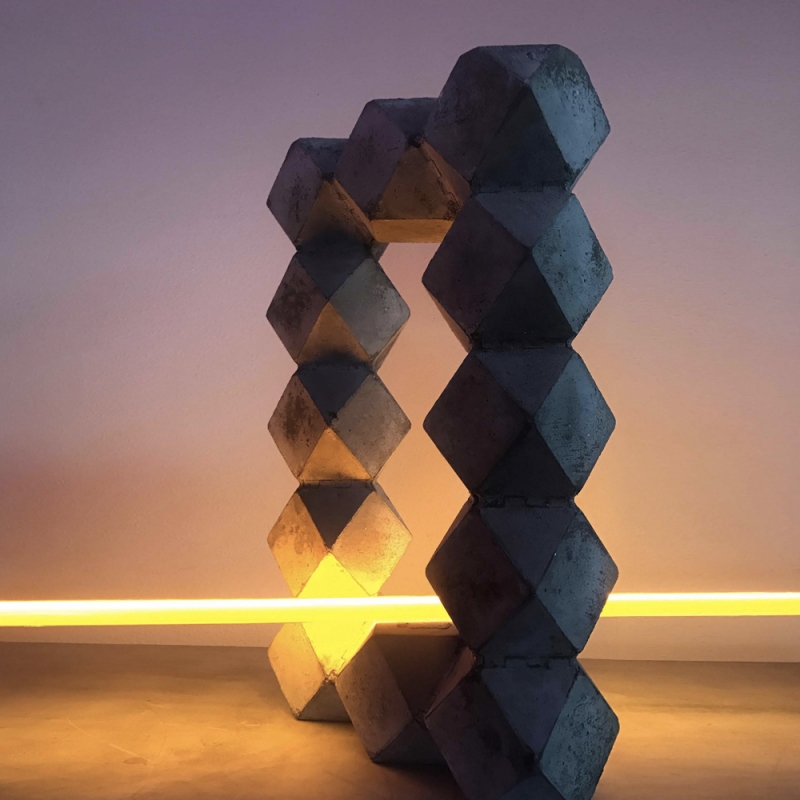 What mediums do you work with?

At the moment concrete, light and plastics… digital fabrication, simulation, optics and abstraction.

Is there a particular time or place in your life that seems to generate a lot of your ideas?

Probably while I was living in Switzerland. I was there doing a research residency into architectural design technology as part of the IAAB: International Exchange and Studio Program. I was pretty burnt out as I had been on the international art residency circuit for the last 10 years. I just stopped working for nine months and chilled out in Basel by the Rhine, visited friends in Berlin, London, etc. I climbed a lot of mountains and looked at a lot of Modernist architecture. That was 2011 – the last time I relaxed and took things in. So I guess ideas come when you have the time to digest them. 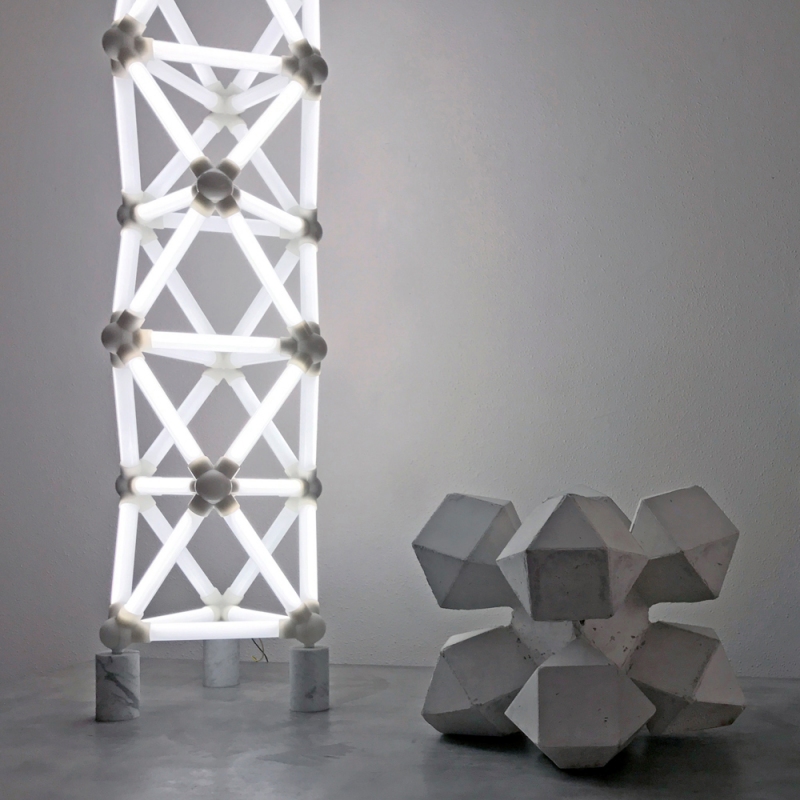 Tell us what you’re working on at the moment?

I have three projects on the go at the moment:

The first is a public art commission due to be installed in late April. ‘Blue Sun’ will be a three metre, truncated tetrahedral glowing blue loop that will cantilever outwards from the corner of the Alex Hotel, Northbridge. The light will float two stories up, hovering – like a geometric halo – just above the laneway next to the Mechanics’ Institute Bar.

The second is a group show called ‘Orange’, opening at the Fremantle Arts Cetnre in April. It’s a very unusual show as it blurs the lines between a traditional museum presentation and a contemporary art take on the life and times of Shree Rajneesh, also known as Osho.

My final project, a solo show opening in September this year, ‘R&D – BY WEBB’ @ QV1: a new collection of contemporary conceptual lights, polished concrete structures and parametrically produced objects to be showcased in the foyer of Harry Seidler’s Modernist Icon the QV1 Tower.

The light series are collectively titled ‘Solaris’. They draw from my time in Switzerland in that they are like the exposed structures of the modernist buildings I researched. In part these works are allegorical sun sculptures – they reveal the dynamics of colour and light; from Goethe’s theory of colour and perception, to colour psychology / symbolism / composition and colour in relation to art, luxury goods and the greater system of objects.

The concrete structures are called ‘Altars’. They by contrast are a deliberate binary of the light works. These tessellated polished concrete clusters at first glance seem abstruse, as their beauty and politics is not immediately apparent. Their aesthetic is uncompromisingly minimal, modern, abstract and their material raw, brutal and honest.

Finally, the 3D printed plastic objects titled the ‘Howard Roark’ collection push the boundaries of building into the realm of impossible forms – analysed, digitalised, interpolated and abstracted almost to the point of a science fiction made real. I was reading Ayn Rand’s, The Fountainhead while making this series so I like the idea that these pieces embody the protagonist Howard Roark’s struggle against the social norms and ideological paradigm of this time. 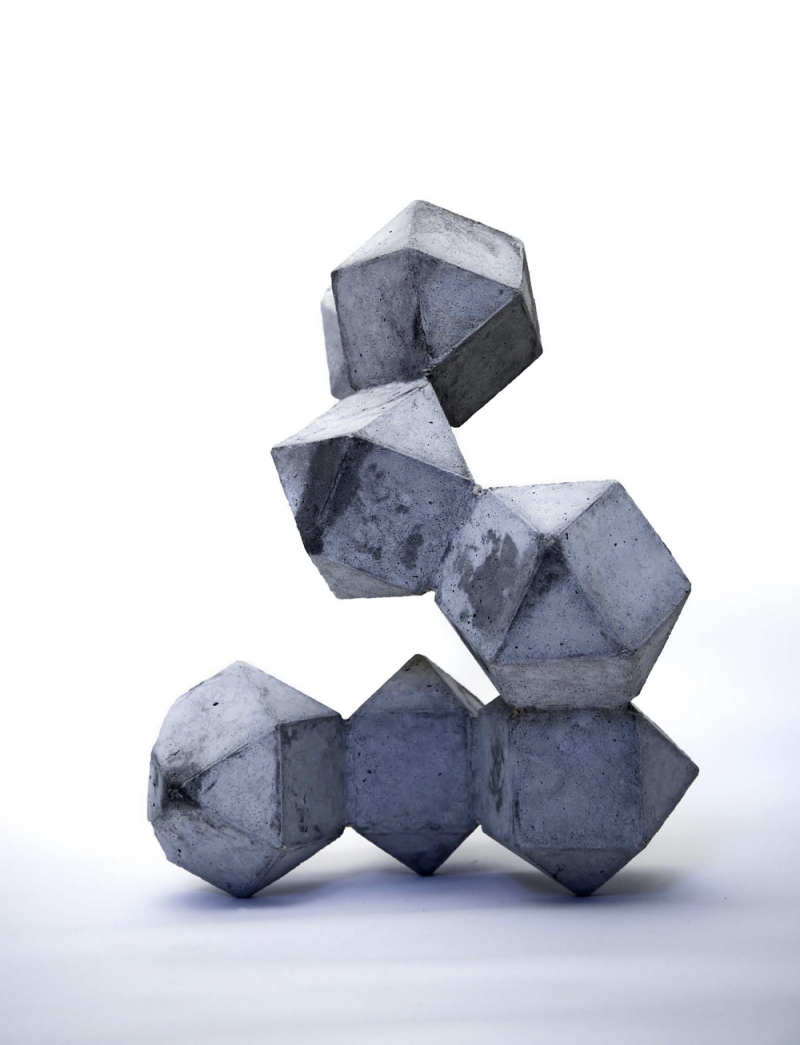 3D printing forms a big part of your work, do you see it’s use growing in the art scene?

I don’t really know about the art scene locally. I don’t really run into many artists, if any, using 3D printing around Perth. That’s not to say that they’re not around – they’re just not drinking at the same bars as me. Internationally sure, but so much of it is obsessed with the theory of its own technology… So often the work is hyper academic (boring as fuck), or inversely, all form and no content - lacking an intellectual backbone. To be honest it’s mostly engineers, architects and designers that I feel are using the technology in an interesting way. I guess it's people interested in pushing material science beyond boolean design principles, what I mean here is to actually go beyond traditional design logic. To create and build forms that are impossible, almost alien… people like Benjamin Dillenburger and Michael Hansmeyer – that’s some cool shit.

Does arts funding play a role in your practice?

Sure – arts funding has allowed me to produce nearly all of my work and in one form or another has allowed me to travel extensively. I rarely sell anything so I’ve survived primarily from funding, fellowships, scholarships and moonlighting as an industrial designer.

Do you listen to music while you work? If so, what have you been listening to lately?

I think this officially makes me uncool if I wasn’t already. I listen to Radio National while working.

What is the best piece of advice you have ever received?

Kenny Goldsmith, Founding editor of UbuWeb – “Go to China – everything you need is in China.”

Matthew Hunt, Artist – “This is shit.” 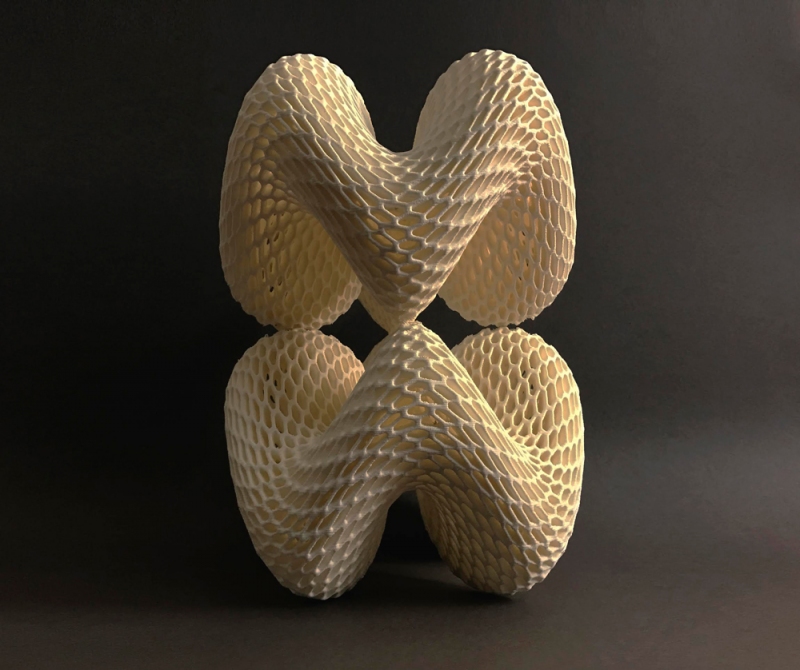 Who are three artists/designers/creatives we should check out?

I’ll give you five to check out:

What are your favourite or most inspirational places in Perth?

Check out more of Josh's work on his WEBSITE. 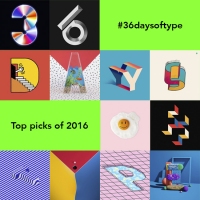 An A-Z of highlights from last year's 36 Days Of TypeThe visual art project encouraging artists of any calibre to participate and inspire. 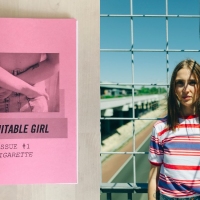 A look at Ali Barter's 'A Suitable Girl' zine and "History Grrrl", Vivienne WestwoodThere'll be a special issue for each track on the LP.
Art/Design

We took five with one of the upcoming Emergence Creative Festival's keynote speakers.

The whimsical work of illustrator Aitch.

We catch up with the Atlanta-based illustrator and go through his dark, black & white, macabre work...

An extract of work by Spanish painter Hyuro.