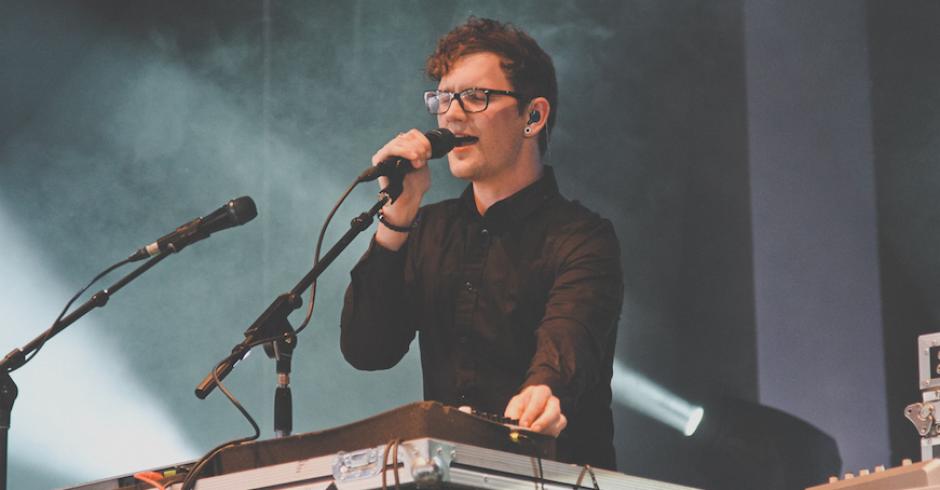 In case you've been living under a rock, The Kite String Tangle has had a massive year or so - kicking off with his first single Given The Chance, and now culminating in the release of his first EP, Vessel. It's out today - you should probably go HERE and buy it - and once you've given it a listen, or potentially while you listen to it, have a read of the below, where he gives a little explanation behind each of the six glorious tracks.

This track was one of the first tracks I knew was a definite for the EP. It started with the chorus synth and steel drum combo. It has a slow energy and I liked the triplet strange high percussion as well (that sound is actually a typewriter for those interested). The sound that pushes and pulls in the verses is from an old ambient track I did which I wanted to incorporate. The vocals actually changed a whole bunch throughout the process. About a few weeks before release I completely changed the lyrics and melody of the chorus.

The lyrical content focuses on when you put something from that past on a pedestal and strive to get it back to the way it was but it inevitably never happens; whether it be a relationship, a job or a theme park, it kind of works for many applications. That moment when you really want to go back to something because you remember all the best bits and forget about all the bad bits (which I think is a nice automatic feature of the human psyche) but then when you get there you say ‘this isn’t as good as I remember it being’.

This is actually my favourite track on the EP. I originally wrote it on a piano with just the vocal melody, lyrics and keys part. I never usually write in this way so it felt a bit more natural than other tracks. The melodic percussion is sampled from some old African vinyl and then chopped and changed. The style of this track is the direction that I feel my eventual album will lean towards. A little more mature and focused.

The subject matter looks at letting go. For me it was about losing control of this actual project (The Kite String Tangle). I had signed to a label, got PR, got management and a whole bunch of things that I did myself for Given The Chance and I found it really hard to let go of those roles. This song is basically about that but I do like leaving subject matter open to interpretation and I think that it can be applied to letting go of anything when you previously had held your cards close to your chest.

This track has a really nice natural story too. I played a gig about a year ago and met Tiana afterwards and we got chatting. She told me she was a singer and I said ‘let’s write a track’. She came round to the studio and we came up with the main lyric content idea and melody in one session and then I crafted the rest of the song around that. It was a really nice natural collaboration which I think is always a sign of a good track. Production wise I definitely wanted to explore more of the dance arena and often when playing live I feel that I needed a few more upbeat tracks to pull out when necessary so this was the perfect fit to investigate those interests.

Lyrically it’s a boy/girl story of when a male may take their female counterpart for granted and then be filled with a deep regret upon the realisation that they’ve lost what they had. It’s a nice empowering sentiment for those that have been hurt in the past.

Ironically titled, this song had the express purpose of trying to convey as much meaning with as few words as possible. It’s supposed to embody the feeling of utter speechlessness at the hand of extreme emotion. That moment when something dawns on you and your chest tightens and your throat dries up. Fragility and instability. Sonically I also tried to represent the feeling of being hugely overwhelmed at the end with the abrasive wall-of-sound. This song is definitely supposed to make you feel and I hope that it adds a bit of depth to the EP.

I was definitely trying to achieve a more sparse sound than I usually go for. I try to do this quite often and almost always fail. Even this track turned out to be a fair bit more full than I initially intended but maybe one day I’ll get there.

I’ll feel eternally grateful for this track because it changed my life. I feel quite removed from it now because it feels like forever ago that I released it. I think the appeal for this track now for me is its innocence. I wrote it because I wanted to write a cool song and never had any expectations and the growth that it sparked was really organic and I think it’s this lengthy build and word of mouth slow-burn effect that makes it even more special for me and I think it will be hard for me to ever recreate that in the future.

Regarding production this was the first time I’d used a whole bunch of sampling instruments and creating little quirky hooks. It wasn’t an approach I use often and is usually used more so in hip-hop. It was really fun and creative to do try something different though and I’m happy with the result.

This is the dark horse of the EP. It stands out as a bit different to the rest because it’s more cinematic I think.  It showcases a bit more of my electro-pop influences. The piano was sampled from when I was travelling in Belgium, someone I stayed with had a piano and I sampled it and it ended up in this track. It has a really unique sound I think. Actually there’s a fair few obscure samples in here that hopefully give the song depth for the fourth or fifth listens. There’s glass breaking and pitched version of my sister humming (I don’t think she even knows I did that), see if you can hear them.

Lyrically it is reflecting on a person that I used to be, a part of myself of which I’m not very proud. I think many people would be able to identify with regretting the way you’ve treated others. Upon reflection it’s quite a introspective EP. I’ll try to cheer up by album time ;-) 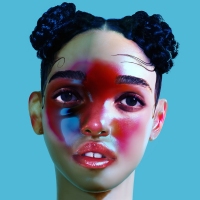 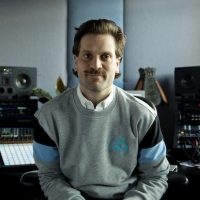