Spirit Faces is a name you've never heard before but he's just released one of the most fragile pop-gems of 2014. It's the moniker for Sydney's Pete Covington, with the artwork done by Sal Reynolds and the first ever release from TEEF Recordings, a new label run by Tommy Faith. Tommy runs the Australian-only music blog, Sound Doctrine, which covers unknown Australian artists in an amusing manner.

But this article is about Spirit Faces! The track, titled Hold It Down, is the first single off Covington's debut EP, Bedroom Music, so it's basically 100% verified deep stuff. The opening half of the track is a delicately lathered rough piano soundbed against a warbling cut of Covington's vocals. It sees Covington hoping for more as he utters, "Better be a new tomorrow, in a place with no more sorrow." The intermittent dash of rhyming couplets adds a sense of harmony to roughness of the song. After that dollop of beauty the track mixes into a high-pitched, digitized voice of Covington that slowly merges with the backing vocals of Zebra Zap. That moment of tranquility holds only for a moment before silence descends. 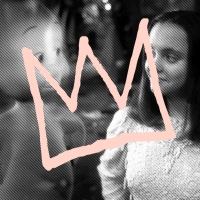 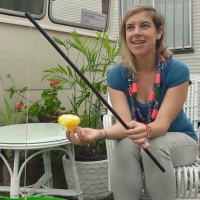 A hectic few minutes of maximum bounce from the up-and-coming Sydney producer.