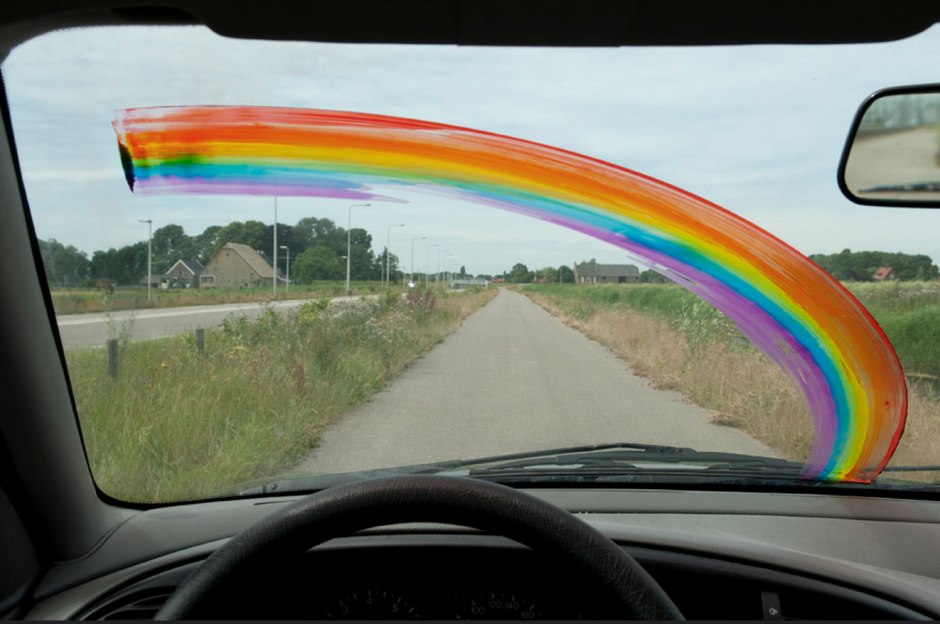 MEMES AT THE MOVIES

If watching 85+ internet LOL cat videos on a big movie screen sounds like a good idea to you, then, high five, because it sounds like a good idea to us, too.  The Northbridge Piazza have partnered up with the Cat Haven curate a bunch of the best Internet cat videos (think: Grumpy Cat, Keyboard Cat, Henri, Nyan Cat), and have thrown in a few bonus locally made videos too (AKA Vines from Perth people who have cats) The only major flaw in this festival is that if you’re a crazy cat lady / man, this will require you to leave your furry children at home for the night and step out in public to hang out with… actual humans.  - Dani Marsland

Free. Sat Jan 17, 5.30pm. No bookings required. Northbridge Piazza, Corner Lake and James St, Northbridge. Bring your own picnic, get there early to get a beanbag. No pets...haha.

We’re not going to make up a witty pun for this title because it sells itself. Not that we’re in the market of selling events to you or anything… Good Company Records, who have a shop full of nice and interesting vinyl in Subiaco, are launching a new tee, because people who like music like their clothes to be about the music, too. It features an original design by Soo-Bhin Han, and is packaged with a mix CD put together by the Good Company boys. The whole thing comes wrapped in a secret recipe for fried chicken. Attention to detail or what! There will be a party with fried chicken better than any shit you’ll find at KFC, and beer, and block party vibes. Wear your best / worst rap t-shirt for a chance to win the t-shirt on the night. – Dani Marsland 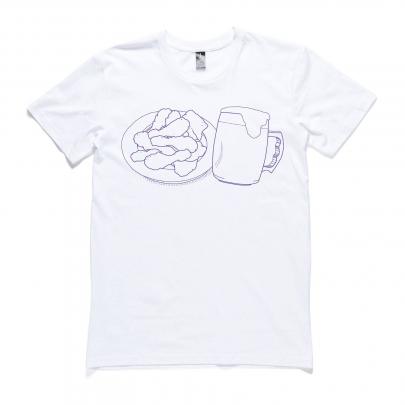 HEROES IN A HALFSHELL

If you spent your mornings before school watching Cheese TV and then later Toasted TV as they played re-runs of Teenage Mutant Ninja Turtles then this might be for you. Hobsons Bay City Council are screening a series of free movies throughout January and tonight they’re showing Teenage Mutant Ninja Turtles, so let loose your inner child. And if you’re interested they’ll also be showing Guardians Of The Galaxy the Friday after, Friday 23. – Liam Apter 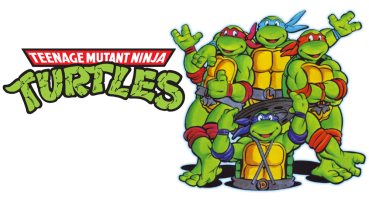 THE HEIGHT OF MADNESS

Bass badmen Surface Tension jump in the ring with beats night DOSE for a night of homegrown futurebeats, Local Heights. This week, it’s a takeover of cutting-edge, rising talent, straight from the suburbs of Perth to you: Command Q, Meina, Bockman x Dueler, Butcherskank x Lavs and Die High DJ's. Not free, but $5 before 10pm which is pretty bloody cheap, and what IS free is pizza, so your dinner’s on Local Heights!  - Dani Marsland 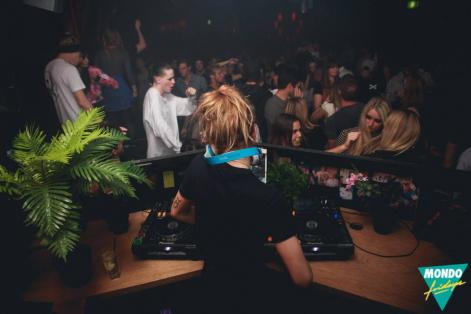 How to host a summer bash without bashing your wallet.

Venue: Find a friend or family member who has a pool. Volunteer to wash their car or do their weeding or a job people don't like to do, in exchange for borrowing their pool for a night.  If this fails, find a public grassed area by the water, but close to a power outlet (for lights and music). Pool toys: Since you don’t have your own pool you clearly can’t be expected to have your own pool toys. But from the looks of Instagram, everybody you know got one of those giant inflatable Swan/Flamingos for Christmas, so tell everyone, hey, instead of dressing up: "BYO DIY pool toy". You will hopefully get some creative responses. Decorations: everyone has a fuckload of leftover fairy lights from Christmas. Raid your parents, Aunty's, mates cupboards and ask to borrow as many fairy lights as they have. Find a high point, and a low point opposite, over your main party area. Peg in bunches at intervals at high point, cascade each bunch down to low point, until a roof of fairy lights is formed.

Food: Tell everyone to bring $5-$10 for pizza. Order a bunch of pizzas and then have someone (not you) go around with a mug and collect minimum $5 donation from everyone, this should reimburse you fine, and everyone can just pay for however much they ate. Drinks: Instead of stocking up on different types of alcohol and mixers or cartons of stuff (read: spenno) make one signature sip. Champange is good, you can make lots of stuff from that. Music: This is the easiest part. Just make sure you have outdoor speakers because the ol' 'putting your mobile in a glass for instant speaker trick' isn't going to cut the mustard. People will just think you're like, cheap. - Dani Marsland 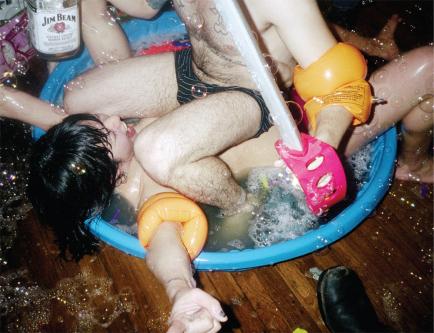 Mysterious (or not so mysterious depending on how much you party) promoters Chrome Safari have had a few good throw-downs now; including an all-white party by the river last week, and a New Years’ morning beach party. The rave tunes go hard and the nangs get sucked up even harder. This weekend’s Chrome Safari takes on a techno tinge, with Jums Turnip, Pete Foley, Daniel Dalton, and Fungle Club & Friends probably all playing… not techno. - Dani Marsland 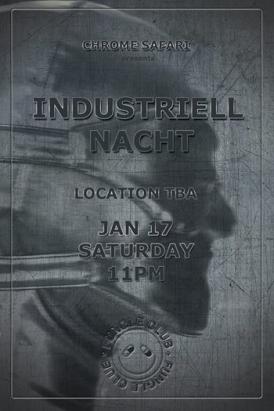 GONE IN A FLASH

Zhang Huan is coming to Sydney. If that doesn’t mean anything to you then now is the time to learn about the Shanghai-based performance artist. Some of his most famous works include ’12 Square Meters’ in which he covered himself in fish and honey and sat on a toilet for an hour. Not something I’d personally do as it brought many thousands of flies but he did it in an attempt to comment on China’s overpopulation issues. His exhibition in Sydney is titled Sydney Buddha and is of two 20 tonnes Buddha sculptures that are made of incense ash. Over time they are designed to gradually crumble, serving as a reminder of the brief nature of life. – Liam Apter 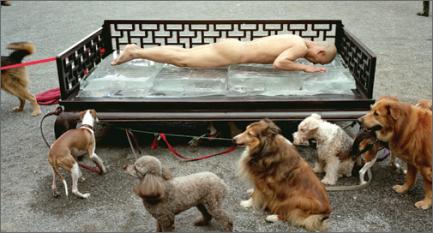 Photographer Alex Prager is heading to Melbourne to showcase all her work from 2007. Which is would be one hell of an exhibition as Prager’s style merges retro hyper-femininity with a Twin Peaks world, particularly in her exhibition, Face In A Crowd. But her talent has also seen her create a garishly coloured world that embraces Hollywood glamour of the 1960s. – Liam Apter 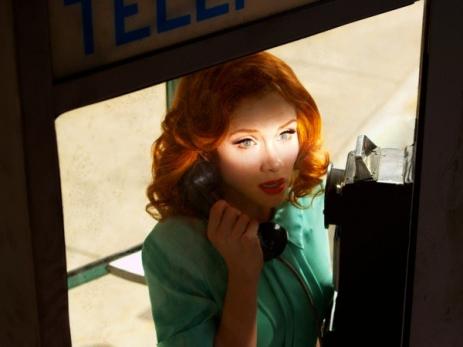 PARK IN THE YARD

Caitlin Park performs as part of the Seymour Centre’s Courtyard Sessions. They’ve also got a whole swag of other performers playing over the coming months including Dr. Goddard and Flowertruck  - but Caitlin Park is by the far the best artist they’ve got on the bill. So head on down for a relaxing, open-air performance that’ll have a pop-up bar, BBQ and watch Park bring the fire for free. - Liam Apter

Some real beaut stuff we’ve told you about before but that’s still perfect (and free) for a summery weekend like this one coming:

Located just 7km from the Perth CBD overlooking the Swan River, the Maylands Waterpark is regarded as one of Perth’s best outdoor water playgrounds. Sure, there may be an army of loud and excited kids in the splash pool, but there are three other large shaded pools that you can let loose on. There’s also BBQs, picnic areas, a kiosk and a mini-golf course. Entry to the park is a measly $4 (cheaper for kids and students). – Jack Burton

When I was in high school one of my favourite things to do on the weekend was to catch public transport to skate parks with group of friends. While it may not have been that many years ago, I’m fairly sure if I were to throw myself over a set of stairs on my skateboard these days, it would only result in me hurting myself, but that doesn’t mean I doesn’t mean I don’t still enjoy the occasional skate. While it may be dominated by cyclists and mums with prams by day, the coast road between Trigg and Hillarys is an incredibly quiet and peaceful place to skate along at night time. Throw in a pair of headphones and put a couple of dollars in your pocket to buy yourself an ice-cream at the service station, and rediscover your inner skate rat, not to mention the calm solo voyage on a summers’ night, riding by the ocean. – Jack Burton

If you’re keen to continue those relaxed summer vibes into the new year,  Lululemon’s yoga on the beach could be the go. Rather than do it in a stuffy, sweaty room, lay your mat down on the shore in Sorrento and watch the sun go down (or up, depending on what body position you’re in!), as Anna Tabb from Strike a Pose Yoga takes you through some casual moves that mix up the Hatha, Ashtanga and Vinyasa traditions, as well as teaching you how to breathe and meditate.  Any age / skill level welcome. – Dani Marsland

Every Wednesday in January, 6-7pm at Sorrento Beach

Everyone loves markets, everyone loves the beach, put those two things together and add booze, and he-llo, Saturday sundowner choice option or what. This summer markets staple kicks off this weekend – once the sun goes down, they light up the cliff with fluoros at 7pm, and it looks pretty awesome. Epic outdoor food market with 30 + stalls of nosh from around the world, a pop-up bar, live music, and an ocean that’s free for paddling in. -Dani Marsland

Bathers Beach, between The Fishing Boat Harbour and the Round House (off Mews Road), Fremantle, Saturdays, 5pm - 9pm.

If you drive for about 45 minutes south of the river and take a left turn at Mundijong Road and keep going for about 15 minutes, you will find yourself a few minutes away from the Serpentine National Park.  If you venture into the park you’ll find yourself surrounded by scenic beauty and verdant forest, but the most impressive spectacle is the waterfall that cascades over a large granite rock face. It sounds like the weather this weekend won’t be as scorching as it was earlier on this week, so perhaps it’s best to wait for the perfect day to attempt climbing up the slippery rock face and soaking up the sun. It costs $12 per vehicle for entry, which ends up being a few dollars each if you go with a few friends. Get there early especially in summer as once the Falls are at capacity, they don’t allow any further cars in. – Jack Burton

They’ve dumped a bunch of sand in the middle of the Perth Cultural Centre! And it’s becoming a beach. A beach of many paradoxes, for not only is it not near the ocean, it’s in the city, and it’s not a beach from this era, it’s a beach like one you might find in the ‘50s! In the evenings there’ll be music and movies (Elvis films! As well as screenings from Tropfest) on the PCC screen, while Bar Pop will turn into a (quote) “rocking beach bar”. Grab a sun lounge, lie back and bake the weekend away, cocktail in hand. - Dani Marsland 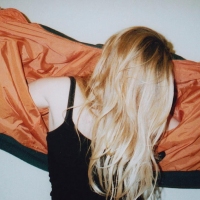 No Money WeekendHow to keep your wallet closed from Friday to Sunday. 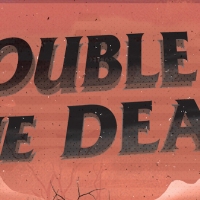 Our Man In Berlin - Cirrhosis

A dreamy new single from WA outfit Our Man In Berlin.