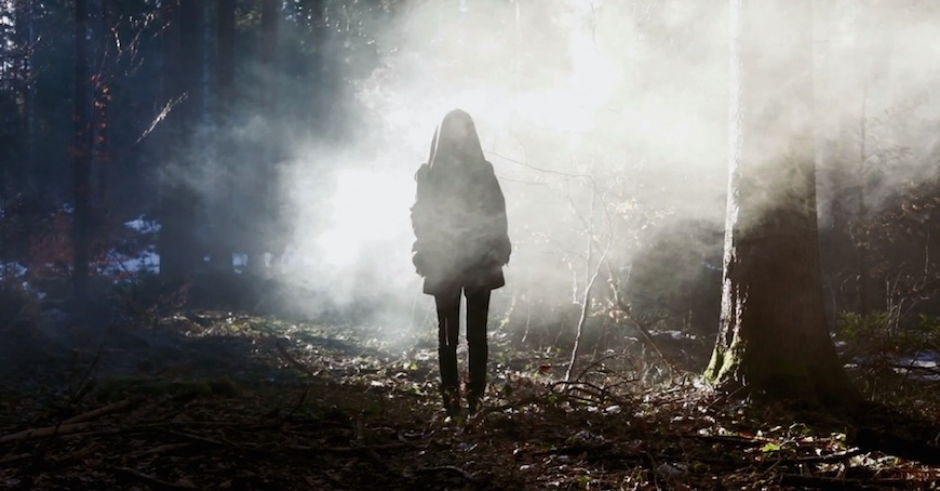 Interviewing SOHN was not easy with phone lines dropping (mostly due to my useless phone) but with the conversation taking place across multiple continents it made for an interesting insight into the man under the hood, Christopher Taylor. And what was most intriguing for me was his versatile use of light within his set despite the fact that he was colour-blind - it's mind-blowing to think of the hugely different interpretations he could take away simply because he saw colours in a different light. SOHN is in Australia this month appearing at the Red Bull Music Academy x Future Classic Stage at St Jerome's Laneway Festival and a couple of sideshows, and will be playing a couple of special sideshows too: 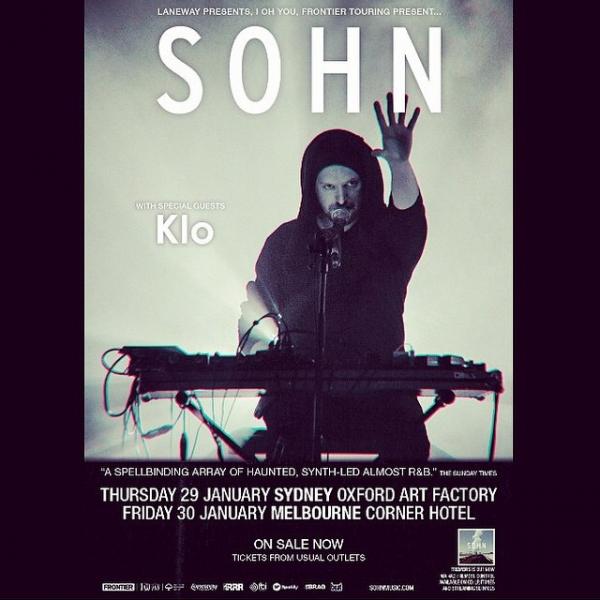 Hey Chris, how are you?

Yeah I’m well, thanks for asking.

Where are you at the moment?

I’m in the UK currently but I’m getting ready to travel to New York tomorrow.

Yeah you’re about to start a tour there, aren’t you playing at Music Hall Williamsburg?

Yeah, I’ve got two nights there.

That’s a pretty an intimate venue, was that done on purpose?

It depends! We’ve played some pretty big shows this year and I think it’s important when you’ve played a show in the same place before that you keep it unique. So in the case of the New York shows we’d rather do something in the Music Hall which has a capacity of roughly 800 people where people get a more intimate experience than one bigger show in the enormo-dome or whatever the hell it’s called in New York. I guess there will be a time on the next tour where we will play a bigger venue because you start to run out of time to hit two dates all the time. But it depends on where we are. In London we did a show to 2,500 people which was amazing, but it’s a different experience. And there have been places like Berlin where we could of easily played one massive show but instead we split up into two smaller shows in a nice theatre.

And that is important? Playing those smaller shows where you can connect with the audience?

Yeah I think what’s important is that you don’t keep re-hashing the same thing. I try to build on the idea that the audience has maybe seen me twice before and so I don’t want to give them same experience again. I want them to feel like each performance is unique.

And by making it unique that makes it harder for you. Where does that desire come from?

When I saw you in Sydney I noticed that your use of light and smoke was very carefully done. Could you explain this choice?

Yeah that was something I decided from very early on was part of the show. It has become more theatrical now than it was at the beginning simply because the project itself has grown. It’s become more exaggerated and more of a show as the venues become bigger. But since the first show, which was in January 2013 I still have the same lighting person with me, not the same lighting set up but from the very beginning lighting was important to me as it was half of the experience of going to a show.

And where does that come from?

I’m not entirely sure but it just is. I just feel that way. For example when you watch a movie and if they were to take the music out it would be strange because the music is half of the film. In the same way the lighting is half of the live show to me.

And was that always the case when you played because I know you were in a band beforehand, Trouble Over Tokyo?

I don’t think it was as important then but as soon as I started to be Sohn I decided that the aesthetic of the whole thing were very important to me. Even the very first track I uploaded I uploaded it with a photograph from Austria. The visual thing was a big part of it from the beginning. I wanted the songs to conjure up a particular image so I put that image every where the song was. And when it came to doing a live show I didn’t want projections. I wanted the stage to breathe what the music does and that hopefully is what the shows achieve.  I want it to be connected and not seem like some guys doing the music and then some lights overhead…

So you want it to merge together, be one in the same?

Yeah. And I’ve found that over this past year-and-a-half people have started to think that I’m doing the lighting because it happens so perfectly when I hit certain samples. But it’s because I worked so closely with my lighting engineer to make sure she knew when I was going to do things.

And that would require a lot of trust, she would have to know you quite well and you have to know her. Because I know you change the set every night.

Yeah it does require a lot of trust. It has taken a little while to build but I feel the pay-off is enormous now. In the beginning we would get into a venue and I would micro-manage where each light would be and where the equipment would sit. But as we’ve toured more I feel that I’ve been able to better communicate what I like and don’t like to her. So now that she knows me inside out and I can just say to her, ‘Well you do it the way you think it would work best because you know what I like.’

Okay. And to take a step back you mentioned visuals in each song. I’ve also read that you associate songs with colours and pictures. What is the process behind this?

It’s more of a feeling honestly. As soon as I finish a song I generally have some kind of picture in my head or a mood. And I when I first started I would simply go through my friends’ photo feed and I would just scroll for hours until I found the one I wanted. It is a very difficult thing to explain because it’s not based on the subject matter of the picture it is based on the colour tone and light. A good example is the image for Lessons. I was searching on Flickr for a day and I found the image. I didn’t know what I was looking for but as I was refining my search with similar images I’d look at the photographers who were homing in on what I wanted. And if I couldn’t find the photo there I would see who that photographer had liked and go from there. It lead me to a point where I found a photo of some rocks with oil but I would have never been able to explain that in words at the beginning. 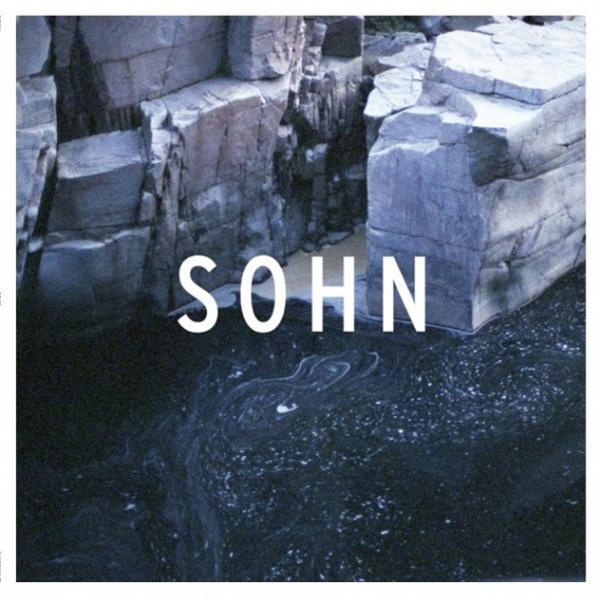 You brought up colour tones, do you associate certain emotions with colour? And do these emotions change with the corresponding colour?

It does change. There are some certain tracks in the live show where we have changed the colours halfway through the tour because I was like, ‘You know what this song isn’t purple.’ I just felt it was wrong because it wasn’t portraying the right feeling so we then had to try out varying colours. And it’s very malleable…I’m also colour blind, which makes it more complicated. Because half the time it’s not about colour but about tone because I can’t necessarily tell the difference.

Oh wow! That must change everything because what I would see is not what you would see.

Yeah. I find it very difficult to distinguish between blues to purple and greens to browns. And to a certain extent reds to greens. To a certain extent I guess that is why the colour thing is never my point. Especially when you’re a novice at something and you can’t explain something but you know what you want. For example you might watch a movie and you might not be able to breakdown the technique but you like it regardless. It’s that feeling.

Something else I wanted to talk about was that you visited the LACMA to see James Turrell ‘Retrospective’ Gallery and I was looking into him a little bit. He is an installation artist that uses light. Is he someone that inspires you or someone you have come to admire?

Yeah it’s funny because I wasn’t aware of his work until a few weeks ago and then someone showed it to me and I was mildly interested. But when I went to see the thing I was really impressed because with a lot of art I’m quite… I don’t trust art… I’ll go to an exhibition and I’ll be like, ‘Yeah…what is this?’ And with that particular exhibition it’s like a giant TV almost and it’s just projecting one solid colour. And the room is like a TV studio with rounded edges and the walls take on the colour. It was a really fascinating experience and I loved his use of tone. But to go back to my point about art I just feel that to a certain extent we’re expected to see a certain meaning but for someone who doesn’t necessarily have an art background you can’t really connect with the piece. 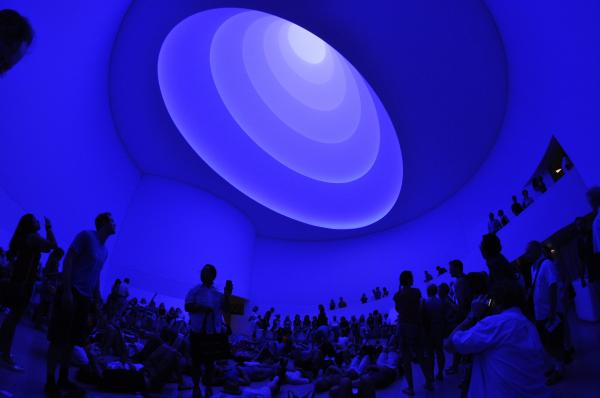 Okay Chris, I’d love to chat more about this but unfortunately I have to wrap up. Is there anything else you want to touch on?

No but I am really looking forward to playing Laneway because the lineup looks great! 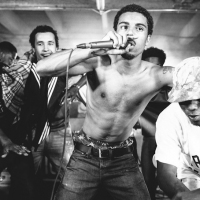 Interview: Vic MensaVic Mensa tells of being struck by 15,000 volts, and racial issues in the US ahead of his Laneway appearance. 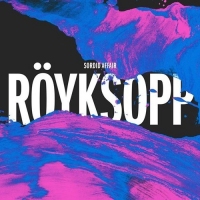