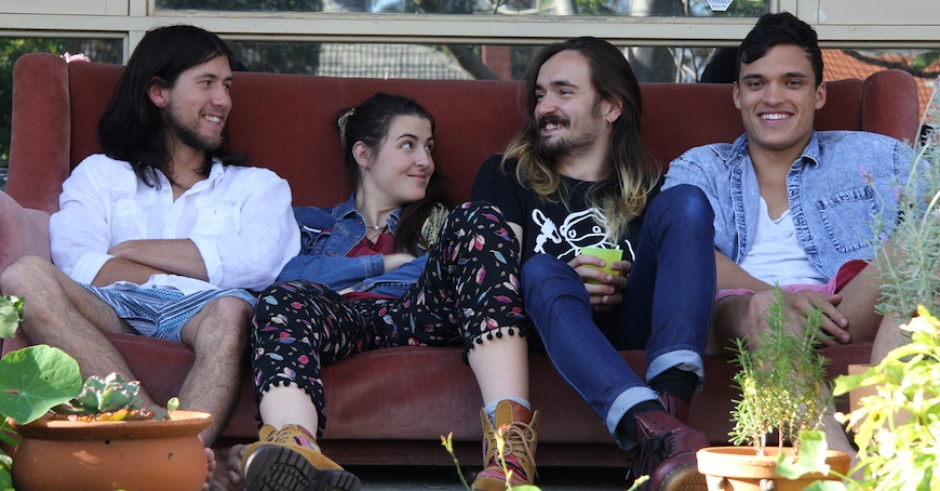 Summery pop doesn’t usually have darkness or edginess to it, but Perth-based indie-folk-pop act Edie Green’s sound is more complex than most. Brilliant drum beats, great guitars and incredible vocals are all in abundance – they know what they’re doing, and Australia likes it – they came second overall in the national Campus Bands Comp last year, which means they’ve already been given the tick of approval by trend-forecasting, on-the-pulse uni students across the nation. With a double-A side out this weekend and an EP due early next year, Edie Green’s star is on the rise.

The first time I saw Perth musician Sophie Wiegele play was back in 2011, outside a small Italian restaurant near the beach. She sat in the corner of the courtyard on a wooden stool and softly sung a number of covers and original pieces whilst playing her acoustic guitar. I can’t remember much about the meal or what was talked about over dinner, but I can remember looking around at the people on the surrounding tables and wondering how and why I was the only person that was listening intently - as the sweet sounds that were filling the courtyard were far more deserving of my attention than polite dinner conversation.

Since then, Sophie has formed a band, Perth-based pop folk act Edie Green, a band who won the State leg of the National Campus Bands Competition, and came second in the national competition. Edie Green are launching their double A-side, Shaky Fingers/Thieves, in WA at The Rosemount this weekend (event HERE) where they’ll play alongside Wonderland Festival billing artists King Cactus. We sat in on one of their rehearsals for the gig recently, then pulled Sophie aside for a few words.

For those who don’t know, can you shed some light on Edie Green?

It’s a bit of a weird one for sure, but I suppose Edie Green is the name of the music that I work on and work with. It is now the name of the band, where each member gives a bit of wisdom and vibe to the tunes. Edie Green has been together for about a year and a half. We use a lot of different genres, which centre around a more rock/indie-pop sound.

You guys have an exciting show coming up this weekend in Perth, can you tell us a bit about it?

For sure, finally we’ve managed to record some tracks in the studio and put together an EP. This AA side launch at The Rosemount is the first little slice of it. We will be releasing tracks Shaky Fingers, which has a calypso/dance vibe to it, as well as Thieves, which is darker with a western tinge. We also got the help of Perth artist Monday to make a zine for the night, and bands King Cactus, These Winter Nights and Catbrush make up the rest of the bill.

Why did you choose to have a double A-side launch rather than a single, or EP launch?

Edie Green runs through heaps of different styles, so we thought that releasing a single track wouldn’t really show what we’re all about. So instead we picked a track from each end of the spectrum and decided to release them together.

Last year you represented WA in the National Campus Bands Competition. How did that come about?

As a band we had just started playing our first gigs, and we were getting some alright feedback so I thought it might be cool to try our luck in a competition. The National Campus Band Comp had some pretty cool prizes so we entered and ended up being state winners, and second nationally, so that was kinda cool.

How has 2014 been for Edie Green in terms of gigs and recording?

2014 has been tasty as fuck. We’ve been jamming heaps, getting the EP down and playing local and down south gigs. We’re pretty keen to get this EP out so that we can get back to the studio, working on the next one.

Outside of Edie Green, what do you guys spend your time doing?

There’s an impressive local lineup supporting you on the night of your release. What do you think of the Perth music scene at the moment?

Gooey. Like a cream egg. There is so much going on, something good on almost every night. Its cool to be a part of that, and to get our friends to come down and play too.

And finally, what can we expect for the rest of the year from Edie Green?

We are taking some time off after the AA side launch, as I’m traveling over to Africa, but we launch the EP in January at The Bird so definitely keep your eyes open for that. 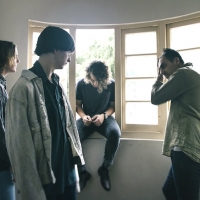 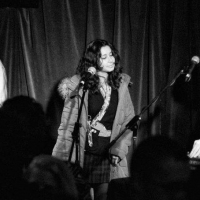