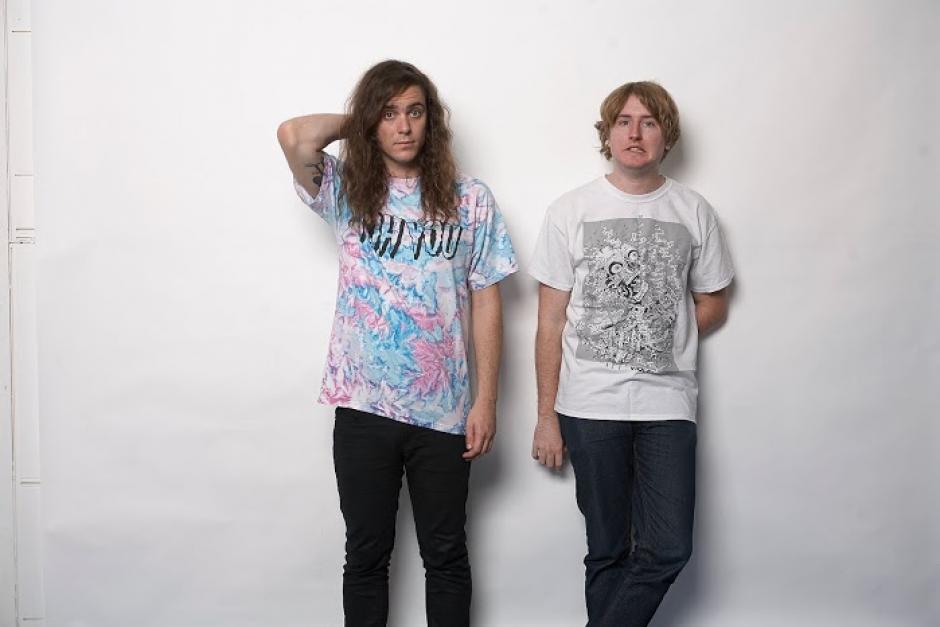 Currently tearing the UK a new one celebrating the upcoming release of their new album Black Rat, Shane from DZ Deathrays was kind enough to take a quick break to talk about the new album, SXSW, their expanded line-up for live shows and drinking wine/playing golf.

Hi Shane, you have just come back from SXSW. How was it this time around?

It was good but very hectic this year. This was definitely the most intense year for us. We did 10 shows in four days so we were pretty ruined by the end of it all. You get a little bit sick of setting up all your gear, racing through songs, packing it all down and moving it somewhere else. We played a couple of really good shows and we saw some really good bands. We had a couple of days off which was nice to just kick back, eat food, drink beer, and hang out.

You didn’t get kicked off stage for being ‘too loud’ this time like in 2012?

No not this time, they put us on normal stages!

What a relief! So from what I understand this album came together in three stages, can you tell me about the progression from being bunkered down in Yass to getting to The Grove studio?

Yeah sure. Because Simon and I have been living in two different states for the last year, we would get together and spend a week or so together just focusing on writing. We spent two weeks out on a house in country NSW called Yass, which was really awesome. Then I’d travel up to Brisbane and we would do four days set up in a nightclub that was closed and play and there and write. I’d take the songs home of what we had recorded there and I worked on vocal melodies in bed pretty much! We did that for about four months or so. We went in and did two weeks of pre-production at The Grove just before Christmas. That was really good because with the songs… some of them were there and some of them were bits and pieces that had been put together and then reworked and reworked again and pulled apart, bits changed and bits taken from other songs.

When we got into the pre-production stage with Burke [Reid, The Drones] we sat down and worked out nice tempos so the songs sat right and vocal melodies and arranging songs so that they worked. Then we got to the studio, we had it all ready, and we just made sure that it sounded exactly how we wanted it to sound. Even in the studio things changed; we rewrote choruses, got rid of parts and added parts, it was interesting.

What made this recording process so different from when you recorded your first album, Bloodstreams?

The whole thing was pretty different. Instead of just playing the songs and recording, and re-amplifying everything, this time around we recorded instruments separately. We wanted the effect to be that after 20 listens people start hearing different things. Guitar changes and vocals and extra little bits and pieces hidden underneath everything. It was really different this time around but it was a great way to learn a different style of recording.

Do you think Burke was influential in terms of the sound of your latest record?

Yeah definitely, we would just go into the studio and we had full trust in the person who was recording us. We don’t really know that much about recording other than recording our demos, but when it comes down to recording a record everything is finite, little adjustments here and there to make it sound awesome. So we let Burke just do his thing, and I was happy to do that, you gotta let go sometimes and put a bit of faith in somebody to let them work their magic and hopefully it comes out sounding the way you want it to in the end. We still had say over it, but overall it was a great way to do it.

Your first single, Northern Lights, is quite dramatically different from what we heard on your debut album Bloodstreams, is that why you chose this to be your first single?

It’s more that it was the song that we had finished first. We recorded it in May last year, so that was the only one we didn’t do with Burke. We decided to put it out because we knew it was different, it could upset people, it could excite people, but either way we just wanted to show that we’re not just a band who can only do one sound; loud guitars, loud cymbals and vocals. We did have some songs on the first record that were a bit more downbeat and chilled out but we never got a chance to release them so it was cool to get this one out there and make people question us a little bit (laughs) It’s a good one to play live, we’ll see how it goes!

Speaking of reception to your new songs, Gina Works At Hearts is your latest single, based on the seedy strip clubs of LA, It’s a really immediately catchy song, how has the reception been when playing that one live?

We actually haven’t had too much of a chance to see that yet because we just played it for our first shows at SXSW, it had only just come out just before that, so I guess we’ll see it when we do the Australian tour. Lately we’ve been ending our set with it, it’s got a nice long extended outro at the end that we just go crazy with.

So there’s a rumor going around that a third performer onstage will accompany you during this tour? Is that right?

Yeah, we’ve got a couple of friends who are going to fill in for some shows for about four or five songs. They’ll jump up and play lead guitar, and it’s really simple lead guitar but the songs just sound better live with it there. We had the option of asking someone to play a little bit of guitar or getting a backing track, and getting backing track was way too hard! We’ll see what happens in the future, we may end up getting someone to go full time with us and get them to play on all the songs because with that extra guitar it sounds even bigger live, which is what we’re all about it’s kind of inevitable that it was going to happen. Going into the studio we didn’t really think about how we would do things live.

What are you most looking forward to during this tour?

I’m not sure… we’ve got a couple of days off and we’re going to the Barossa Valley! We’re just going to drink wine and play golf; I’m looking forward to that.

You'll be able to catch DZ Deathrays at one of the following dates, or the just announced Splendour In The Grass Festival (DETAILS HERE). Click on the pic below to grab yo tickets! 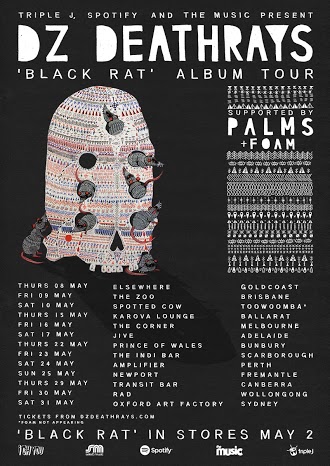 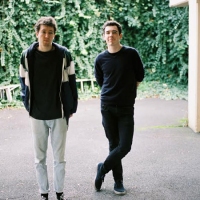 Mini Launch With A Mini DancefloorMini are launching their new model with an interactive dancefloor that looks flippin' sweet. 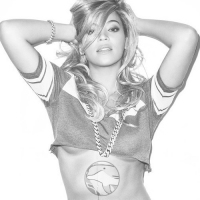