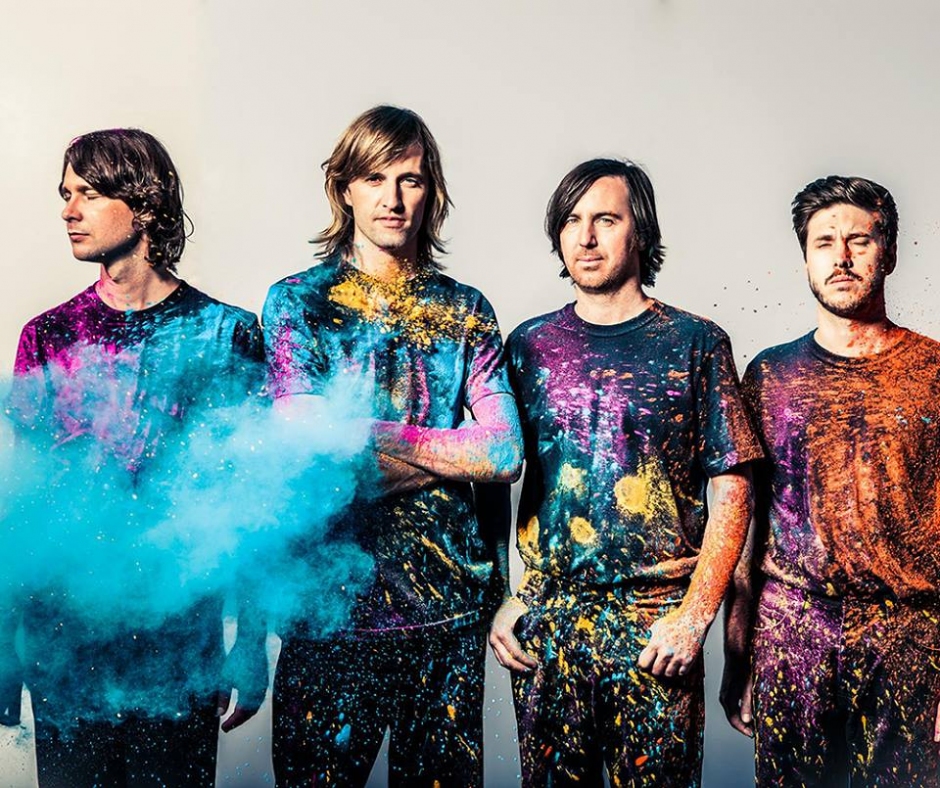 A couple of weeks ago I had the pleasure of chatting to Cut Copy's Dan Whitford while the group were setting up for a show in Manchester. Being a massive Cut Copy fanboy, I was pretty stoked to finally chat to him (after interviewing everyone else in the group probably twice each), and was fairly dismayed when the first five minutes of our chat became basically indecipherable thanks to a dodgy connection.

Fortunately we reconnected and I got some quality time in with a dude who's probably the most responsible for my descent into dance and club music. They're playing a few east coast shows next week, and we've got a DOUBLE PASS to giveaway for the Brisbane show - just email info@pilerats.com with CUT COPY in the subject header.

[After re-establishing connection] I’ll go back to my last question, you guys seem like you’re almost touring overseas more than here, was that a conscious effort on your behalf around Zonoscope?

Yeah I guess so – you play the hand your dealt in some ways, but we were lucky enough that In Ghost Colours and Zonoscope really connected in a big way internationally, particularly in the states. It just meant that obviously instead of doing our Australian tour and finishing and going back home, we’re travelling around the world playing shows in so many different places, and I think maybe a lot of people in Australia weren’t really aware we were doing that at the time. We’re still able to do so much stuff overseas for the past few years and it kinda feels like reward for the first years you know? We love playing in Australia and it’s always amazing to come home and play shows, but at the same time there are so many cities are around the world that have Cut Copy fans in them. And it’s great to be able to do almost a year-long tour, to places where our fans are.

Does that constant touring lifestyle and playing in different cities or even continents give you room to play around with the live shows, and also influence making records?

Yeah definitely. On one hand doing so many shows, I think on our last record we did like 170 shows in a year, almost every second day, and by the end of that you just inevitably become stronger performers. As far as making records, you get all kinds of music and inspiration as you travel around, it almost feels like a bit of a field trip when we’re touring a record. But what we’re gonna do with our next record, just soak up information, go to record stores, go to gigs, soak in so much stuff while we’re travelling, it definitely helps inform the record writing process and the recording process.

When it comes to writing you guys have always had such a strong focus on recording full albums, is that still a big focus for you guys even though singles and EPs are such a big focus now?

I guess for me, I like listening to records, listening to albums. That’s the reason why we’ve had a focus on trying to make albums rather than putting out singles or that kind of thing. It’s a more rewarding way to look at music. But it’s kind of interesting, I think the nature of the music industry and the music buying public are more interested in singles I guess, stuff like Spotify and Rdio. I dunno I think for us it’s still important making albums, maybe it’s become slightly less important as it becomes more about individual tracks, but yeah I think we’re at an interesting point in time where things are changing a lot. You just go with the flow – we’re not gonna compromise how we make music because of that, but I think it’s interesting to watch what is going on. I don’t think anyone knows really where things are headed, but everyone is developing with changes at the moment. 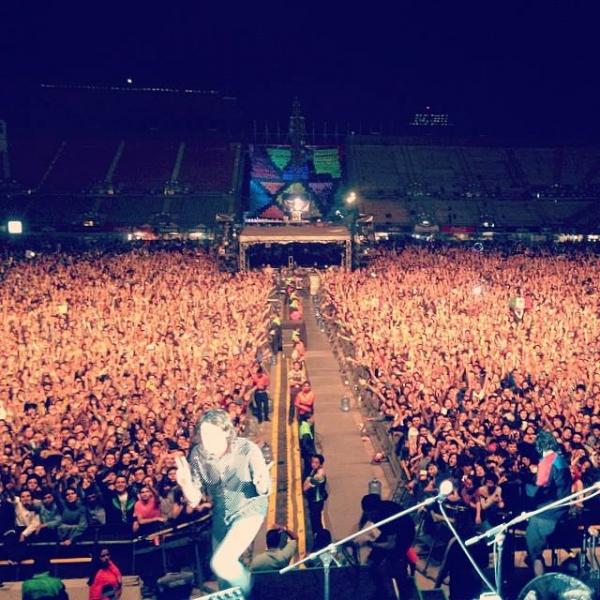 So what drives you guys, 10 years down the track, is it making the albums, epic tours, great shows?

Yeah I dunno! Probably coffee, good food drives us haha. I guess it depends on what phase we’re in. When we’re touring the buzz of playing shows is like nothing else. Like playing in Mexico to one of their big festivals over there you’re playing to 50,000 people (above picture), and it’s mind blowing. I’m also equally inspired by the writing process – coming home, working on new material is still as exciting now as it was when we started. It’s very dependent on what stage we’re in, but we’re still excited about performing as Cut Copy as when we started, which is probably a little bit rare but I’m so glad.

Cool man I’ll wrap it up soon – last year you helped World's End Press with their debut album, is that something you’d like to do more of down the track?

I’ve got a few things I’m jiggling around with at the moment, some music, maybe a bit more touring after that later in the year. But yeah, it will be good to get back in the studio.

Click the pic below to grab tickets to whichever show you can get to! 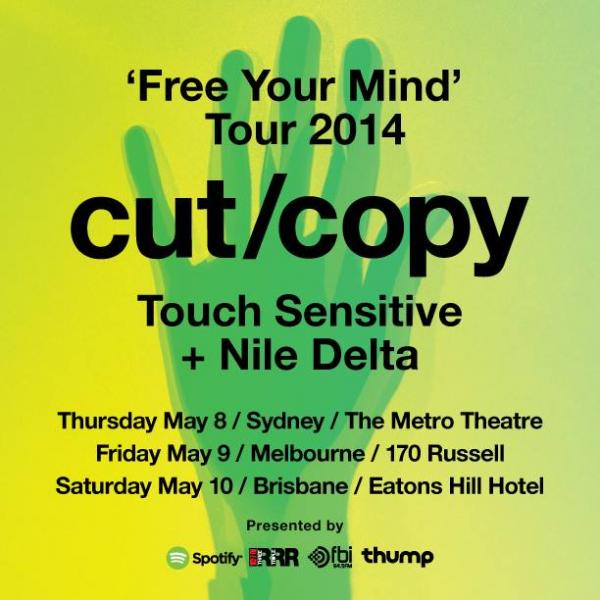 Circo Festival 2014If you build it, they will come. 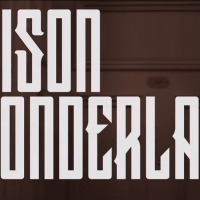