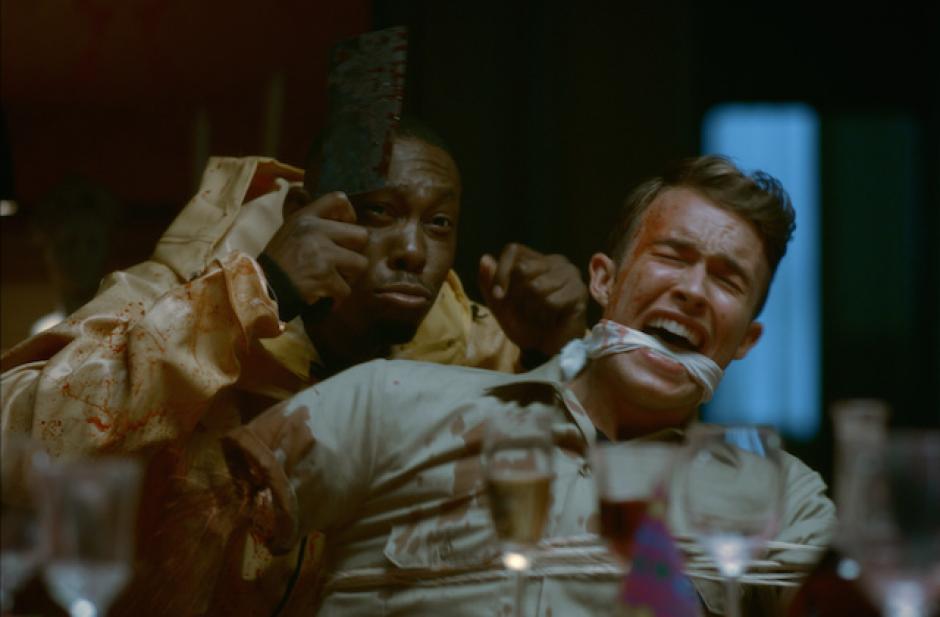 Wow. To commemorate Halloween this year, Britain’s greatest ever (he is) grime MC Dizzee Rascal has released a one-off, horror-themed video clip for his track Couple of Stacks (produced by Footsie), which is only playing for a few days over at Vice Mag before it comes down Sunday.

The seriously intense clip plays tribute to a number of slasher flicks, and features the Mercury Prize winning musician in a blood-spattered yellow mackintosh wielding a huge machete as he wreaks havoc in a family home – in a young woman’s bedroom and at a family dinner table. Dizzee’s head spins on its axis as he backs down a hallway, at another point he has glowing white demon eyes, and in one hilarious scene he appears as a bump under a bed sheet, with holes cut out for his eyes. Watch out for the knife through the sheet moment – ouch.

It’s directed by Emile Sornin, of Division Paris, who is behind this clip of Disclosure’s. It’s the perfect, cult video for a cult legend like Dizzee. Mad props to the Rascal. 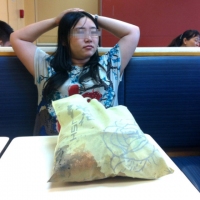