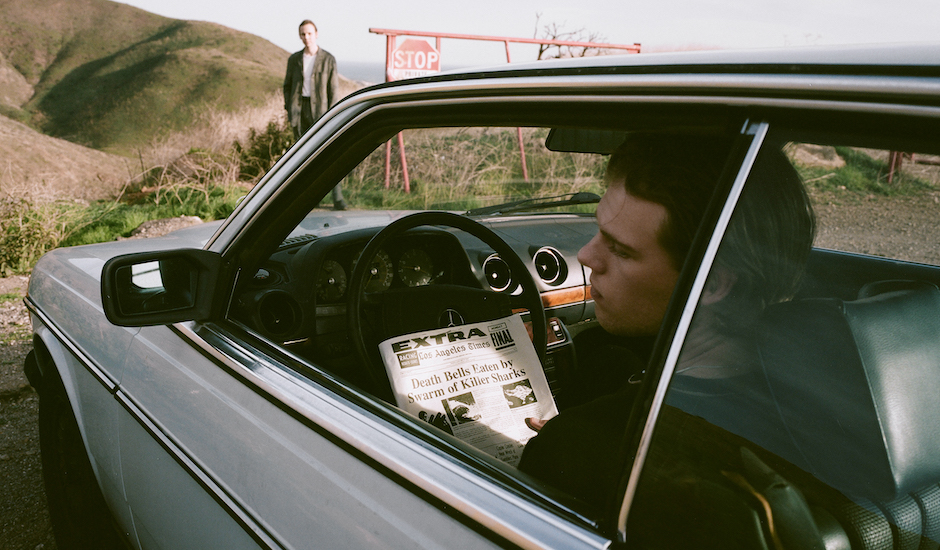 Death Bells are heavyweights amongst Australia's alt/post-punk space, so much so that they've left it entirely, relocating from their Sydney home to Los Angeles in 2018. However, that hasn't stopped the group from proving to be one of the Australian underground's most brilliant and formidable names, defining an entire movement of post-punk back at their home that's visible through its now-blossoming next generation; the acts that are now stepping up to the plate and ensuring that the long-time, cult-like genre continues to exist – and blossom, and experiment, and grow – in future years.

Since their move, Death Bells have flourished. In 2018, they shared a pair of singles called Echoes / Move Through Me that showed how the group were transitioning to new sounds following the release of their debut album the year prior, and in 2019, kept it continuing with the release of two more tracks – Around The Bend and Life Stands Still. Then, they kicked off their 2020 with New Signs of Life – a single that really lives up to its title – before growing their discography and exploring further new facets of their sound with a string of singles that have littered the months following.

Last month, it all came together for the release of their sophomore record New Signs of Life, which captures how the band's Will Canning and Remy Veselis – who live, grow into a six-piece – have evolved within the last three years, whether it be musically (as they experiment and become influenced by new discoveries from Los Angeles' post-punk epicentre) or personally, as two people who picked up their lives and moved them thousands and thousands of kilometres away.

Seemingly because of this, it's a record that encapsulates Death Bells at an exciting new peak. It flourishes with moments of personal heaviness intertwined with the gentle embrace of dreamy, guitar-rich post-punk, which itself is furthered deepened in broadness and versatility placed comparatively to their debut.

You can dive into the whole record below, but to celebrate its arrival, we have Death Bells taking over our newly-launched artist playlist on Spotify, which will be updated every fortnight with a new playlist for an artist we're frothing recently – with Death Bells launching it all off. Their playlist is based around their favourite Australian tracks of all time as a bit of a nod to their old home, and you can take a dive into it below, alongside their explanations to why everyone from Kylie to You Am I made the cut:

Hunters and Collectors - Throw Your Arms Around Me

Australian music is without a doubt my biggest influence when it comes to music that I make. We have such a rich history, especially in guitar-centric music, and it should be celebrated. My earliest memory of music is my dad listening to both a live Hunters and Collectors CD and the Australian Crawl File compilation at our home when I was around 3 or 4. Throw Your Arms Around Me is a song he would always belt out after a few beers and it made him genuinely emotional. Music has that hidden magic and can impact people in that way, this song has always stuck with me since childhood because of that.

I grew up in the Byron Shire and was lucky enough to be exposed to punk and hardcore at a pivotal time in my life. Along with Parkway Drive, there were so many other incredible local bands that I was lucky enough to see regularly, but Melbourne’s Mindsnare has a song called Bulldozed that is untouchable. As soon as the china counts in the song it explodes into utter chaos that doesn’t let up for the two and a half minutes that it lasts. For me, Bulldozed intertwines metal and hardcore perfectly, and the breakdown at the end can’t be topped.

One of the unsung heroes of Australian music, Rowland S. Howard is most known for his time with The Birthday Party, but his solo records are really special. I think nearly every band making punk-adjacent music in Australia has been influenced by him in some way or another, and he is a true innovator when it comes to guitar playing. Released on his first solo record, Exit Everything contains all that I love about him as a musician. Wailing and droning guitars, a very simple song structure that repeats for nearly the whole seven and a half minutes, and lyrics full of realism.

You Am I - Berlin Chair

Berlin Chair is one of the standouts from the 90s Australian explosion that saw so many great bands rise in popularity at home and overseas. Although I wasn’t born yet when the song was first released, it was always a song that was around growing up whether it was on Channel V or the radio. We’ve covered this song previously and the opening few seconds when the riff kicks in still gives me goosebumps. Tim Rodgers’ voice is full of energy and emotion, and the song is so catchy that you can’t not love it.

When it comes to Australian pop music, Kylie is the queen. Spinning Around is the big track from her Light Years album, but On a Night Like This is severely underrated and is just a straight-up banger. The classical guitar slide at the start of the song that reappears later in the song is such a nice touch. I remember this song as a kid being the intro to a talk radio show program my Dad used to listen to when we would be driving at night, and then I figured out later in life this was the track. It’s impossible to listen to this and not want to bop your head.

This is one of the first songs that made me really care about music. I think when you’re a teenager getting into grunge, punk, hardcore or whatever there’s a switch that flips and you realise that you live for it. I’d listen to this on the train to Newcastle to see my high school girlfriend. Silverchair was one of those bands that just jumped out at me. They’re definitely Australia’s response to Nirvana, but carved out their own original sound with Frogstomp and Freak Show. Don’t ever ask me about Young Modern, though.

I’ve never really been as fanatical about a band as I am about Sydney’s Low Life. High parody collides with depressive meditation on male sexuality in the lyrics for Dream Machine. The guitars are jangly to a point, and then it all falls apart in the chorus. Pure mayhem. Great band!

The Boys Next Door - Shivers

Technically, another Rowland S. Howard song. Everyone always tells me that they prefer the Rowland S. Howard version, too. I disagree with them. As much as Nick Cave may have butchered Shivers by being too macabre and serious, I think his vocal rendition is beautiful. The group singing in the chorus always gets me.

Growing up, I always thought The Church were an English band. They really tapped into the sound of their British contemporaries and elevated it. When I figured out they were from Sydney, it made so much sense to me. The bridge in this song sounds exactly like a night spent staying up way too late in Darlinghurst or Redfern, especially with the guitars that sound like birds squawking.

While they aren’t my favourite band by any means, this song goes. It came out in 2009, as I was starting high school. When I finished school and started going out it was always playing in different venues (usually between the sets of other garbage indie bands). I think the melody just stuck with everyone. Definitely a track with a bit of staying power. 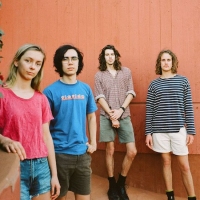 Gather up ya music-loving pals: Spacey Jane just announced more Perth showsAfter a regional tour with Ghost Care wrapped up in August, the group now have their sights set on the capital, with special guest HAIRCARE. 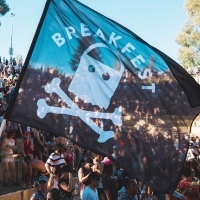