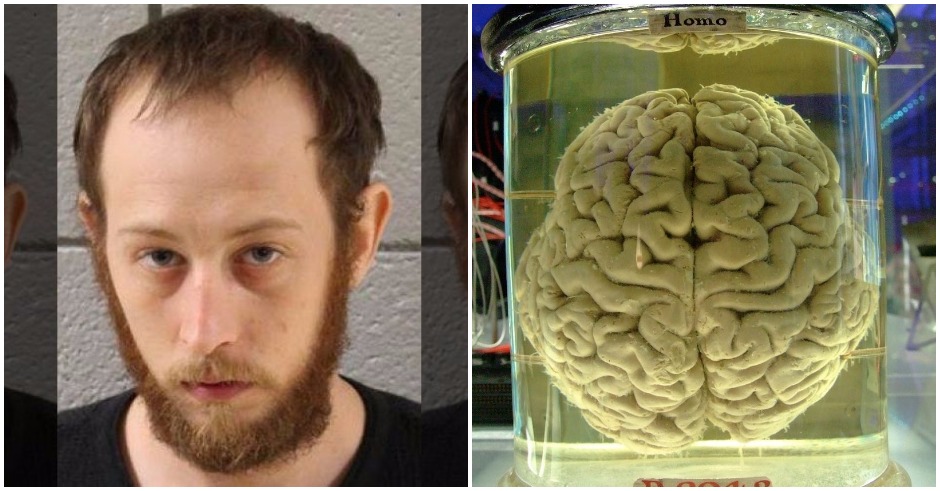 Believe me, I too was bursting with questions when I first heard about this story, but let's start with the facts: Joshua Long, a 26-year-old man from Pennsylvania, faces charges of misdemeanour abuse of a corpse after he stole a human brain with the intention of using it to get high. Now, I can't be certain, but I feel there may be other, less fucked up ways to get a buzz than stealing a human brain and rubbing it on your joint? Or, maybe it produces a high that's simply unbeatable? I honestly couldn't say. The brain, which Long and his friend Robbie Lee Zoller had affectionately named 'Freddy', was discovered by Long's aunt in one of the 26-year-old's friend's trailer, tucked away in a WalMart shopping bag. After having Long (who was already in prison on burglary charges) confirm that the bag did, in fact, contain a human brain - his aunt phoned police, asking them to investigate further and take Freddy off her hands.

It turns out that Long and Zoller had been soaking joints in the embalming fluid (formaldehyde) that the brain was preserved in, using it to produce a more intense high than your standard THC buzz. It has been reported that smoking weed laced in formaldehyde produces a high similar to that of PCP, while also causing anger, paranoia, hallucinations and an increase in women's sexual appetites. A Pennsylvania State Trooper, Robert Hicks, told Fox 43 news that they hadn't yet been able to help Freddy the brain find his way home: "At this point now we're jus trying to figure out where it came from. We're hoping that if anyone is missing a human specimen brain to bring it to our attention and maybe we can return it to its rightful owner." 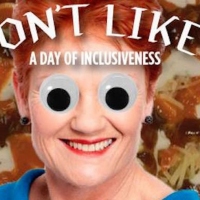 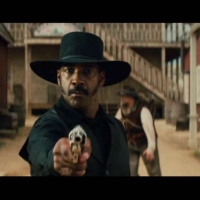 Denzel Washington saddles up for The Magnificent SevenTaking Jurassic World's Chris Pratt along for the ride.
News