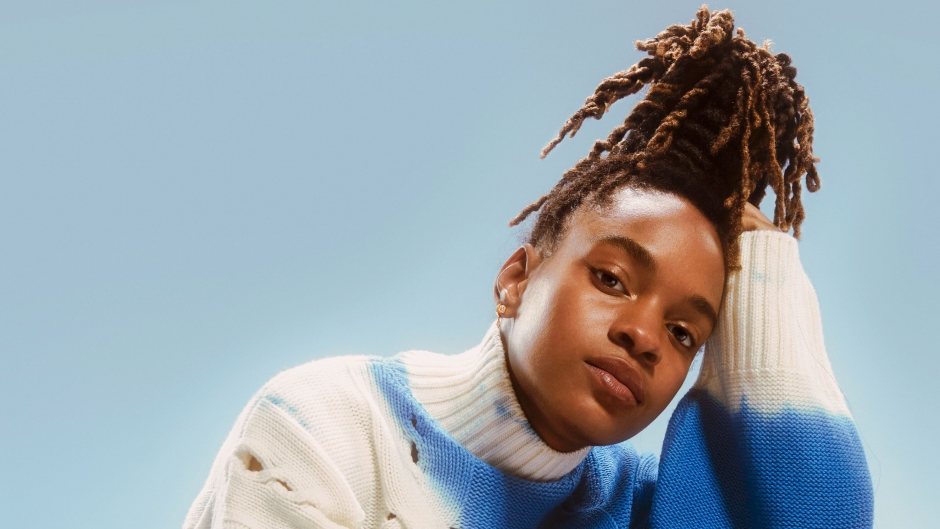 At just 18 years of age, Jamaican artist Miakyala Simpson AKA Koffee broke through with her 2019 anthem Toast, before releasing the acclaimed Rapture EP and subsequently winning the GRAMMY for Best Reggae Album (the first female to win the accolade, as well as being the youngest artist to win this gong), so she had just one major milestone left - releasing her debut full-length album Gifted, which is now out to the world and in ears and winning hearts everywhere.

From her home in Spanish Town, Jamaica, Koffee has rapidly become a truly global artist as her infectiously catchy music spreads a message of positivity and hope while pushing modern reggae forward, not scared to experiment and stray from established genre paths when the situation calls for it.

This is all the more surprising when you consider the fact that this immensely talented young artist didn’t always have musical aspirations as she laughs “There's a clip of me on live TV saying I want to become an astronaut”. However, it seems music was inevitable as she didn’t seek a career switch out, rather “The switch met me” she explains.

A big part of this switch was in 2017 when the then 16 year old innocently uploaded a tribute to Jamaican athletic hero Usain Bolt with not intention other than celebrating the national icon… until Bolt saw and reshared the video, beginning a snowball effect that has led to her releasing her debut EP, sharing stages with some of her musical heroes WizKid, Protoje and Chronixx, before now dropping Gifted.

We caught up with Koffee to find out all about her and her new record - give the album a spin and get to know Koffee below!

When did you first start making music?

So I started making music unofficially when I was 14 years old. I had been playing the guitar for two years by then, and I was pretty much covering all my favourite artists’ songs. And then I started creating my own music at 14, just writing my own pieces. Yeah, that's where it all began.

You were inspired by the legendary Protoje - when did you first hear his music? How big of an influence did this have?

He had a huge influence on me. I started listening to him when I was 14 years old. This is when I really started tapping into Reggae music and finding my own passion for music.

What was it like eventually getting to work with Protoje?

It was amazing! I’d got to the point where I learned all his songs; some of them I knew on guitar, but otherwise, like, even today, I know the lyrics for all his songs. So even being in the same space as him is an honour for me, and then being acknowledged by him – having him give me advice and, you know, letting me know I’m doing a good job – it’s a good feeling.

Where did the artist name “Koffee” come from?

So when I was in high school, particularly when I was in seventh grade, we were having lunch one day – I think this was in the first week of high school, so we hadn’t learned each other's names yet! We were just having lunch, I went to the cafeteria, and everybody was ordering soda, water, juice – cold drinks. I just ordered a cup of coffee because, growing up in The Seventh-day Adventist Church, I wasn’t really even allowed to even taste coffee, so I felt that to be my sense of freedom. So I went ahead, ordered the coffee, and I think people just recognised me drinking the coffee which has already strange, and the name kinda stuck. Jamaicans are like that though; we tend to give nicknames very easily. You know what I mean? If a gentleman is short, his nickname is quickly, easily ‘short man’! *laughs*

Did you ever in your wildest dreams imagine you’d win a GRAMMY award? What was it like to win?

I wouldn't say I imagined it to be honest, not up until the point I won the Grammy! I've mentioned this before; that it was pretty early on in my career, I’d just been doing music for three years before that. So receiving a Grammy was an honour but at the same time, it was a little bit of a surprise. You know, we didn't – my team and I – we didn’t expect it so quickly. We’d expected to just be laying foundation bricks for a number of years, putting in the work and then seeing the results a little bit later. So yeah, we were very honoured to be honest, and I think for the most part it shed a brighter light on my country and on the genre Reggae than on myself, which I think is a much more impactful accomplishment.

What is the difference/significance between an EP (e.g. Rapture) and an album to you?

Well, for me I think an EP was more of a tester. I was just putting things together to present to the world, to see if I was fit for the craft; you know doing music, if I was fit for touring, hitting the road, and actually doing music as a career. It was a little bit of a tester for me, the Rapture EP. Now presenting my project GIFTED, I think I have grown to become a little bit more certain. I've been a little bit more direct and just more expressive, so I'm showcasing my talent the real way rather than testing and seeing if people like what I'm doing. I was a lot more involved in the process, creating the seed from production, to creating the videos, directing videos, and I think that has given me a certain level of confidence for sure

Tell us about your album’s title - the appropriately titled Gifted?

Thank you so much. I titled it GIFTED just as a reminder to myself, and to every other creative artist, anyone who listens to the project, that we all have something within us that can be sown. You can identify it, you can sow it like you would sow a seed, nurture it, and it can be reaped. You know what I'm saying? We all, within us, have our own personal greatness, our sense of greatness. And I think tapping into that can only be good for all of us. So, the title GIFTED, in essence, is just a reminder of that.

How did the album come together - were the tracks written in the same sessions?

Some of the tracks, like “x10”, “Defend”, “Shine”, “Pull Up” were written as early as maybe 2019 / 2020. Some of them internationally as well, so I think “Defend” was done in LA, “x10” in Belgium, and “Shine” and “Pull Up” were done in London. So you know, there's that bit of it kind of coming from not just putting it all together in the pandemic, but having a little bit to say even before it started, and creating the project within such a time. But then gathering other songs from the space and the freedom that the pandemic allowed; just being in lockdown, but also being free to work with each other locally without being busy, without a booked travel schedule or something like that. Yeah, but the songs came from different places, but I think it all came together naturally in the end.

Were there tracks that didn’t make the cut? What was the decision-making process like?

Yeah for certain, there were tracks that didn't make the cut, and there are tracks that I’m thinking about putting on my next project as opposed to this one. Deciding how to compile the album was a process for me, I was thinking “how do I express myself in the most honest, straightforward way, but also impact other people”. As such, I just started out giving thanks, as people are familiar with for the most part – many, or even most, people who know me, know me from my song “Toast” which speaks about gratitude and giving thanks, and you know I couldn't leave those people behind. With “Defend” I kind of tapped into some of the politically aware messages I tapped into for “Rapture”. And then it goes into a little bit of like, more romantic expression which is new for me personally. And then just the vibes that I like – just free, party, uplifting vibes – when it comes down to “West Indies”, “Lockdown”, “Pull Up”, songs like that. I just tried to be as honest as possible, but also show the people as many sides of myself as I could.

With tracks titled “Run Away”, “Where I’m From” and “West Indies”, how important is your environment on your creative process?

WELL, the connection between “Run Away”, “Where I'm From” and “West Indies” is that they were all written in Jamaica, and all speak about Jamaica in one way or the other. And that speaks to your question asking me about this setting, which I think is important to me to an extent, but more so impactful on my music. I wouldn't say it's important that I'm in Jamaica in order to make good tracks, but I think wherever I am the environment will somehow reflect on the music, so it’s important in that sense and has reflected on those tracks.

The album’s artwork features a great profile photo of you, tell us about this?

Oh, we just literally had a photoshoot, took some pictures and decided which ones would best represent the essence or the meaning of GIFTED. The team and I really agreed that it would be a good look if I was you know, kind of slightly looking up kind of looking upwards and towards, like a bright future in some sense, hence the sky setting. 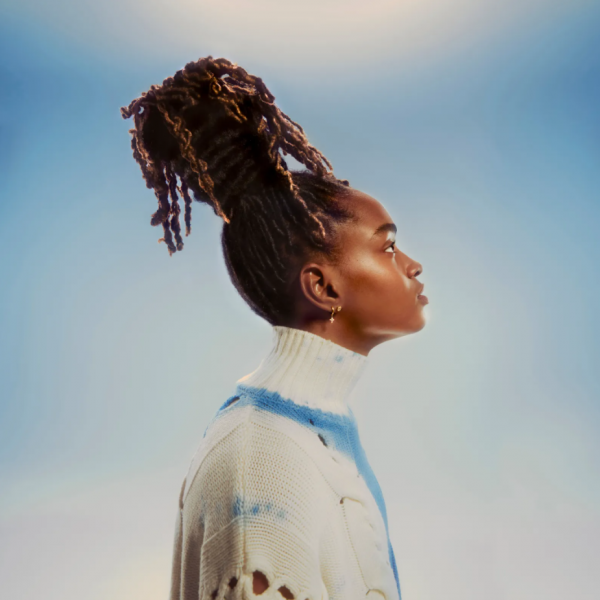 You’ve been killing it in both music and modelling recently - how has this been? Do modelling and music compliment each other at all?

I do think so, and I’ve seen it based on some of my favourite artists such as Rihanna and A$AP Rocky, as you can see with everything that's going on with them right now. So, I do think fashion and music tie into each other and yeah, I'm a fan of both.

You’re about to set off on a massive world tour - what are you most excited about? (We’d love to see you in Australia one day!!)

I'm most excited about performing this new project, like these new songs. Obviously, my previous songs will be a part of the set, but I'm really excited about performing the new songs, and seeing the impact they have on the audience. Especially now we’re heading back out into a live performance setting 100% - because we were on lockdown for a bit you know, some shows were compromised and some gatherings, so it's good to see the whole world on the same page now! Even Jamaica has freed up a bit, dropping mask mandates, dropping curfews and stuff, so shows will be happening down there as well. So yeah, it's a good vibe. My team and I have been talking about coming to Australia for quite a while, so I think that's imminent!

Now that your album is out, what are you most excited about for the rest of the year?

I think I'm most excited about Coachella which, as a lot of people know, was postponed/cancelled a couple years back. To be able to come back around to that and be able to look forward to that opportunity is amazing. 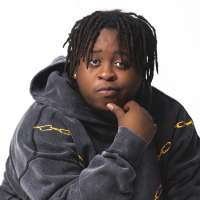 Listen: Arno Faraji - On The Move Back home in Boorloo, the rapper-producer seeks joy as he unveils his first solo track since 2019. 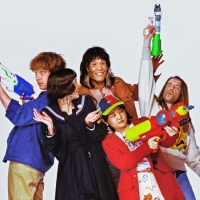