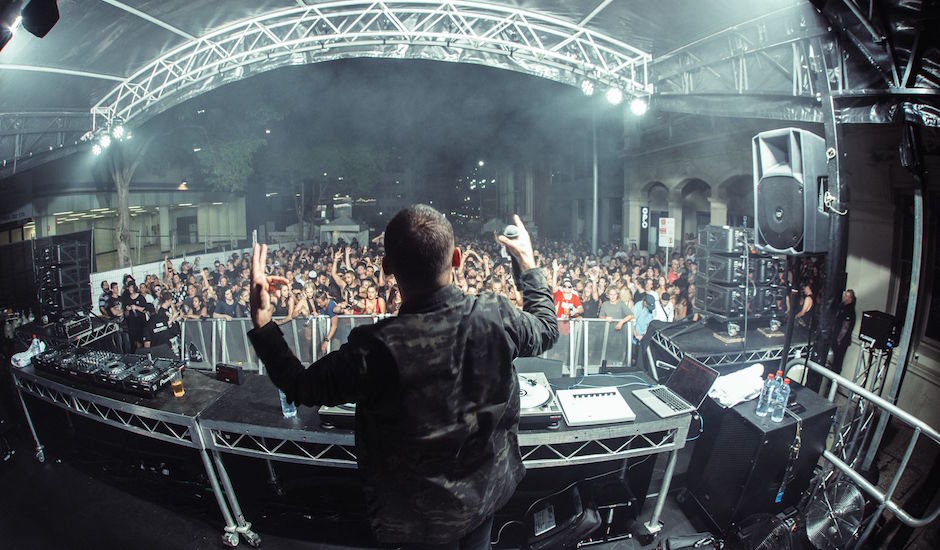 There's nothing more satisfying in the music industry to watch an artist respected and admired on the local scene start to see some of their hardwork and talent pay off in a larger sense. And that's exactly what we're seeing with Perth-based producer ZEKE BEATS, for years an absolute don in the local club scene, always destined for more. And more is now coming - the dude is overseas more than back home these days, garnering fans the world over for a brand of bass music that remains accessible in the experimental, with a live show drawing on his experience as a turntablist to incredible effect.

Currently on tour in the US, and with a return to Shambhala later in the year following his breakout set there last year, we flung him a few questions and his answers were, as always, honest and intelligent, with plenty to tuck in to for producers/DJs both established and aspiring.

You’re currently on tour in the US (I think it’s your third tour over there in the space of a year?) What’s been some of your highlights so far on this trip, and what are you looking forward to experiencing?

Oh that would definitely be playing ELECTRIC FOREST! This festival was soooo damn fun to play and it was run so well, there were a lot of cool people in attendance who love electronic music and also Electric Forest look after their artists really well which is so appreciated when you’re constantly on the road. I ended up playing two sets, one on the Tripolee stage and a Turntablist set on the Forest stage… But then a surprise b2b set with my dude EPROM happened which was totally unplanned! Noiseporn rated it the best set of the weekend and now EPROM and I are looking into hopefully doing more of these shows in the future!

All of the other shows have been great so far, it’s really an awesome experience meeting the fans that support my music online and they also come up to me saying they are “X” on Twitter and I am like oh yes!!! Really cool to put a name to a face.

It’s been inspiring watching your journey over the last 12 months - this time a year ago you were gearing up to play Shambhala Music Festival for the first time, which you said at the time was on top of your bucket list. Since then you’ve released the Dispatch EP, signed with major US and Australian booking agencies, and have just been announced as one of the supports for (another recent breakthrough artist) REZZ, for her upcoming Mass Manipulation world tour. What do you think is in store for you over the next 12 months?

The next 12 months are really exciting… I have solo releases planned with some really cool record labels, the next one with Zeds Deads’ Deadbeats records, a collab EP with EPROM and a ton of other projects which I can’t really give too much information on. I will definitely be doing a lot more shows and reaching fans who I have not been able to reach as of yet.

Your background as a multi-award winning DMC turntablist adds an engaging visual and physical dimension to your live performances that we don’t really get the opportunity to see with a lot of with DJs these days. Can you briefly tell us about your current live performance setup, and do you have plans to expand on this in the future?

My current setup consists of Traktor with a Maschine using 2 x Technics 1200 turntables and also the Pioneer DJM 900 Nexus mixer. I am really dialed into this setup and don’t really need to touch my laptop at all whilst I perform which is one thing I don’t like seeing DJs/performers do. I want the DJ or performer not to be staring at a laptop screen and to engage with their audience more, it’s one thing I feel I do really well.

The beauty of being a producer and turntablist is that I can split up certain samples and sounds and then re-bounce them out of my projects, which I can then put hot cues on within Traktor, and then trigger them with my Maschine controller. People really go nuts when I mash up between the tracks randomly taking them on this crazy experience where I seem to be warping through multiple tracks of mine and also music I dig.

I also understand you predominantly use analog synths in your production. What is it about analog that appeals to you over digital?

This biggest appeal is that I can literally just hit record on my computer and then have my DAW (Ableton) sending midi notes to the hardware whilst I manipulate the parameters of the synth with my hands in real time, this is something I feel you can’t replicate through drawing automation. Also some whacky things happen across the translation of midi sometimes and the synth will just go crazy for a few seconds, a lot of the time that craziness is the thing that makes people go WTF????

Who are some artists that you are really digging at the moment?

Where do you see the direction of bass music in general heading over the next few years?

I think people are looking for something new, fresh and exciting. I have already seen an interest in the experimental bass genre of music that I am a part of and it’s exciting to see it slowly snowballing.

Recently you were on Alison’s radio show for a mix/interview. The mix had a few sneaky ID’s in there, any hints on when/if they’ll be released?

No solid dates as of yet, but I am sure it will be within the next three months easily!

You’ve achieved a lot in your career already, being an award winning DMC turntablist and being one of the founders of DJ and production school Lab Six. And that’s before you add international touring artist to your repertoire! What advice would you give to someone who is unsure of how to follow their passion and achieve their goals?

Just do what you love doing, make what you want to hear, if you are passionate about something the aim is to enjoy it, it’s not about numbers, fame or fortune… and if that’s what you value over passion then you’re on the wrong path.

What advice would you give to other creatives on staying motivated?

Sometime the creative juices won’t be flowing, and you can’t force it, so instead use that time to improve your knowledge by researching stuff on the internet such as sound design techniques etc... I can guarantee you will try some of these techniques and then all of a sudden find inspiration from the new route/information you have just learnt!

You’re obviously a very busy person. Are there any routines or habits you have in order to keep your creativity ticking when you’re snowed under?

What do you get up to outside of touring and making music?

I like to play video games, watch The Office US, play Badminton (I play 3 times a week).

If you had to choose something else to do outside of music for a career, what do you think you’d be doing?

That’s a tough one, to me it’s important to be doing something you love to do and are passionate about, and music is it for me. 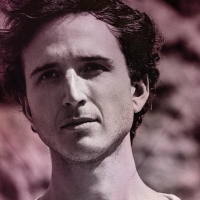 A quick chat with RL Grime ahead of his upcoming Australian tourThe Australian festival favourite gives us some quick bites of knowledge on his second album and what to expect from his upcoming tour. 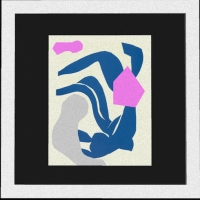