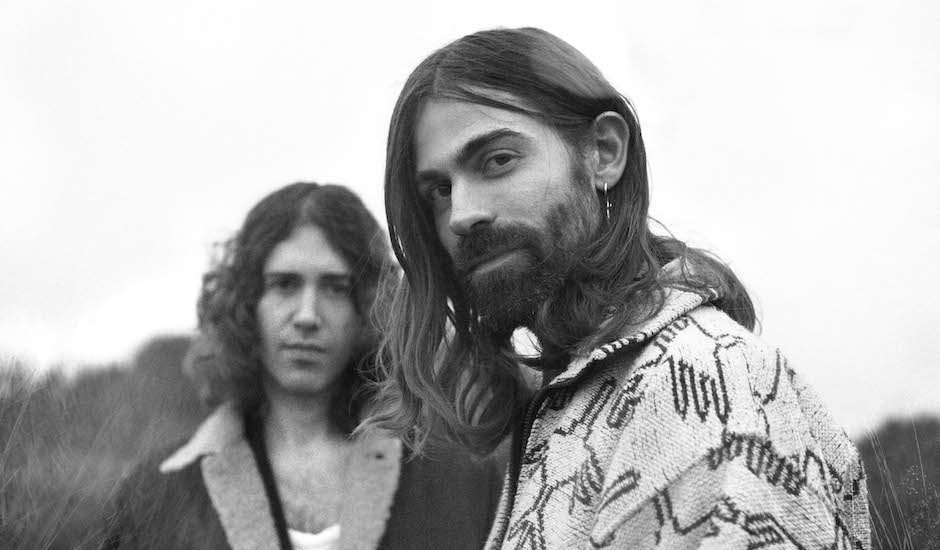 Following the Ewan Pearson (Jagwar Ma, M83, The Rapture)-produced lead single Twist Your Arm, along with rapturously received singles Make Me Better, In The Air and Turn, today sees the release of London duo Ten Fé's debut LP, Hit The Light.  Recorded in a studio built into the Berlin HQ of Kompakt Records in Berlin with Ewan Pearson, it's an expansive, emotive and mesmerising release, traversing many genres across the electronic spectrum. To celebrate its release, Ten Fé sent us a wonderfully in-depth look at how the release came together. So chuck it on and read up below:

This was the first song we wrote together the summer before going to record in Berlin. The theme of it, mourning lost love, but feeling ready to begin again was something I think we both really connected with as we were coming up with the lines for it. The balance between light and dark, both in the lyrics, and the sound, the driving drum and bass groove, and sweeter sounding synths, felt really right to us and helped light the way for what we'd go on to write afterwards.

I remember hearing it for the first time up in Leo's dad's house in Birmingham. It was clear what a good song Leo had written straightaway. The melody and chord progression, were really classic. But at the same time the feel of Leo's vocal had this jaded, anaesthetised tone to it, which gave it a darker edge, and felt really honest.

Elodie is about someone coming back to tell his lover he can't be with her anymore. We'd been watching a lot of dark/nostalgic films at the time, like A Place Beyond The Pines, and those bleak, expansive landscapes crept into the psyche.

This one' the strongest example of analog/acoustic elements combining with the electronic side, which is something we were really hunting for in the sonic of the album. It started out as an old bluesy song, with chaingang group vocals and a gospel feeling melody. It was one where Ewan really put his stamp on it, and gave it this Andy Weatherall-meets-Primal Scream spin. That was good for us, as we'd been listening to that record loads at the time, and the song still kept a rootsy feel to it.

Like with the Elodie, it's another "character" song that was influenced by a lot of the films we were watching at the time. We kept returning to the image of a character stood out in the deserted street of a small town somewhere unfamiliar, singing up to the silhouette of a girl in the window.

This was written as the result of me missing our flight to meet Ewan for the first time over in Berlin. I was feeling pretty gutted not to be on that plane. As I was walking back home from the train station, the melody and bass line floated in to my head, so as soon as I got home I started playing it on the piano, and it just sort of wrote itself.

This all came out of those dark gospelly sounding piano chords that loop round and round for the whole song. They were the first thing we put down when we started the recording session in Berlin. The title of the album was taken from one of the lyrics in the middle 8.

Follow is about refusing to let go of someone even though you know you shouldn't still be chasing them. It was one of only two tracks on the album that we didn't do in Berlin - it was recorded on a boat owned by Pete Townshend in St Katharine's dock in mid summer. We also recorded this one with our full band playing together, which we hadn't done before, and is something we've been wanting to do way more ever since.

Make Me Better was written by Leo as a folk song on the guitar. When it came to recording it was probably the toughest one to get the sound right. Leo had made a demo, that had lots of these lush, droney guitar parts, blending together to sound like an Indian orchestra. So we were really chasing that vibe, where the guitars could sound big, and yet delicate enough for the emotion of the song to come through.

Burst is one that thematically is really important to where the album is coming from. It's about wrenching yourself free from that which is pulling you down. I remember having worked on it with Leo acoustically, and then hearing this demo that he had recorded of it a few months later - hearing that apocalyptic helicopter sound, spikey guitars, and fearless sounding vocal - it really blew me away. Sounded like nothing I'd ever heard before!

We got a whole load of our mates in to record the vocals for this one together in a studio in Hackney. It's a good song to end the album with, as it's letting the people around you that you love know that we're all in it together. 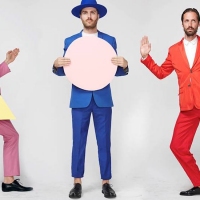 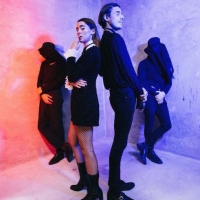 Listen to Bubblegum, the second single from your new favourite band, Confidence ManAnd they've announced a run of tour dates to go with it.
Electronic