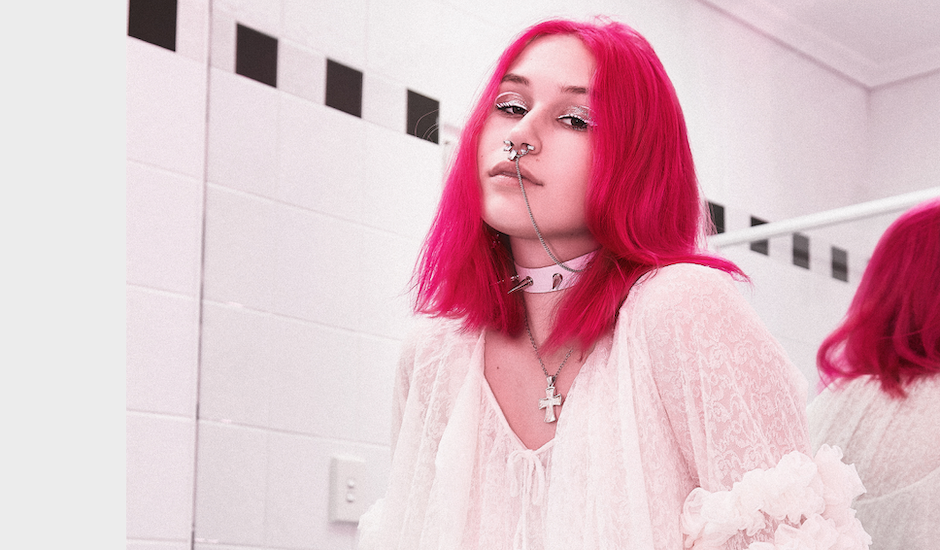 Over the last twelve months, the distinctive bedroom-pop sound has had somewhat of a newfound surge. While many bedroom-pop musicians find themselves grouped amongst 'the fresh faces of tomorrow' or 'ones to watch' categories, 2019 proved that artists typically boxed into these realms can create career-launching records many wouldn't expect them to see, whether it be Clairo shaking off 'on-the-fence' fans with her potent debut record Immunity, King Princess stepping forward as a cult-adored icon with Cheap Queen, or musicians like Mallrat back home, who don't need a debut album to push themselves forward as a shining light on international radars.

A seemingly related byproduct of these acts climbing to new stages of their respective careers, is that it's inspiring fresh faces to come forward, and with that, it seems a whole new generation of pop music is being born. Enter biblemami, who isn't so a church-going mother-of-three but rather someone whose entrance to Australia's shimmering indie-pop world comes with a lot of eyes placed upon her, and a big reason for that is thanks to her debut single, act ur age.

Arriving this week alongside news of her signing to Dew Process - who also hosts Mallrat, as an FYI - act ur age is a charmingly bright debut from an artist with a bright future paved in front of them, marking all the requirements of a brilliant pop artist in just three-minutes-thirty. It's light and delicate, with biblemami's songwriting and charming vocal sprawling across layers of keys and clicking percussion, but also packed full of this sense of confident swagger - for the lack of better word - that makes the track that touch more indulgent as she swirls amongst the drumming insturmental underneath her.

It's captivating, full of charm and there's not too much else to say, to be honest - all we'd advise is that you keep an eye on biblemami as she stirs up a storm and establishes her name as an exciting force bound to shape the year ahead. Introduce yourself to the musician below, while you dive into her charismatic debut single, act ur age:

I am a 16-year-old girl from Canberra! I wear a lot of pink, love my friends and also have an extensive collection of cat pictures on my phone. Like weird photos of cats wearing pants or eating spaghetti y’know. In my spare time, u will often find me loitering in the city, napping, or complaining about teenage boys on Instagram.

I’d say it’s bedroom pop dipped in darkness. I like the teen girl pretty pop type vibe, but also love hard trap beats and SoundCloud grunge influences. I started up on SoundCloud when I was 13 or so, and I think that’s reflected in the music I’m making these days too. Some themes I like to get into include: ‘why r men like that’, ‘im still hurt by the girl who bullied me in year 3’, and on act ur age ‘stop telling me how to live my life pls’

They’re really quite different! sometimes I’ll do a writing session with a producer, other times I’ll just be sitting on a bus getting in my feels and then realising ‘shit bro this would be a BANGING idea for a song’. I do have to say, that most of the time I write in my bed late at night. that’s when I’m the most emotional about stuff too. I’ll be thinking about being catcalled earlier that day, or about how I wasn’t invited to a party and then just throw all of my feelings into the notes app on my phone as a song.

Can you tell us about your new single, act ur age?

act ur age came about through one of my impromptu late-night writing seshes. It was the beginning of year 10, and I was feeling so sick of being told I didn’t dress like my age, or I was too young to be writing songs about my sexuality, or just being told what to do in general. I had also just gotten into a relationship with a friend I had fallen head over heels for. Both of these things kinda combined in an emotional flurry when I was writing act ur age. I was thinking ‘grrr stop telling me what to do’ but also ‘aAaaaaa BOY’. I think that’s what makes it such an unapologetically teenage song and I love it for that. It screams American high school movie where the main girl just wants to party and be rebellious and date her cool boyfriend that her parents don’t like.

Hopefully lots! Played my first live show supporting Allday in February, started year 11 too and now I’m releasing my first proper single. If that’s what I’ve done by March I’m so crazy excited to see what’s coming next. I feel like I’m really getting a grip of who I am in regards to music and my personal life- and 2020 is going to be a year to explore that.

act ur age is the only song u can find (pretty much) everywhere!! You can also follow my Instagram where u might see occasional music-related things - but mostly me complaining and dumb memes to be totally honest.

The rise of Fractures: “I just make music I like, and hope for the best.”With his new EP, the aptly-titled EP III, the Melbourne-based musician blossoms into a rising star in international electro-pop. 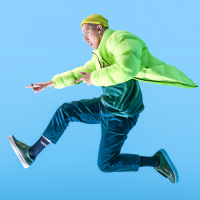 Premiere: Billy Davis crashes a wedding in the video clip for I Ain'tIn the past twelve months, the Melbourne-based musical wizard has stepped up as an exciting source of forward-thinking hip-hop.
Electronic