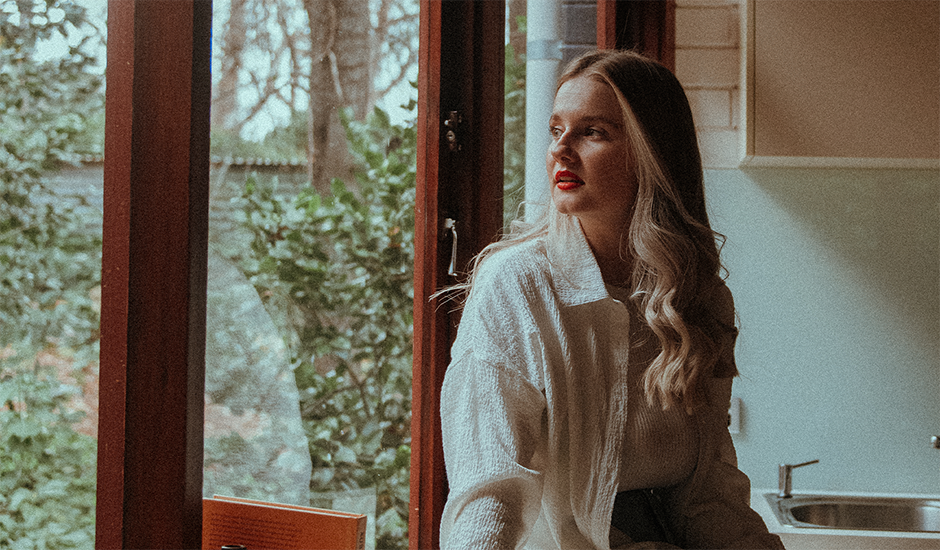 Mell Hall was someone we initially were introduced to six months ago, as she transformed Torren Foot's dark-lit stomper More Life into a disco-funk moment destined for the stars (and late nights, obviously). It brought a promising introduction to someone who at that point, had yet to release their debut single, welcoming the Adelaide-based producer as someone whose deep fascination with disco and funk throughout the ages was beginning to translate into music of her own, as previewed through remixes and edits scattering the last few months.

Today, however, welcomes both a step up from Mell Hall and a proper, full-scale introduction to her production prowess, arriving as she joins the Club Sweat roster armed with her debut single Knock Knock. Out today, Knock Knock feels both like a heralding moment and a long time coming for Mell Hall, digging deep into her long-standing connection to disco music and channelling that into a powerful debut that shows everything she strives to present with the project, with guest collaborator Thandi Phoenix - someone who really knows their way around a beat - jumping on board to help it all happen.

The end result is something simultaneously forward-thinking but indebted to the past, capturing the heights of disco's history and its most prevalent pioneers but twisting their groundwork into a new chapter, exploring new pathways that Mell Hall makes her own. Full of glistening melodies and four-on-the-floor bass kicks, Knock Knock proves there's plenty of opportunity within the genre's future, and artists like Mell Hall are the ones likely to lead that as they bring new energies into an always growing, always popular genre.

"Knock Knock was born from wanting to produce and release a song that paralleled the disco and funk records I love to play and are always highlighted in each and every set of mine, horns aplenty," she says on the single, which as mentioned, comes alongside news of her signing to Australian dance music demons/label Club Sweat. "I wanted a strong female vocal to compliment and boyyyy did Ms. Thandi Phoenix deliver. So grateful to have her on-board." It's a testament shared by Thandi too, whose sultry hooks dance amongst the single's hazy, late-night/early morning energy: "It was love at first listen. As soon as I heard this track I knew I had to jump on it."

Knock Knock is a moment, and with plenty more of these moments to come, we think it's a good time to introduce yourself to Mell Hall as she celebrates the release of her debut single today. Dive in below:

Hello there! My name is Mell Hall and I have been a touring DJ for over 10 years - I have spent the last couple of those in production land, and recently signed a deal with Club Sweat // Sweat It Out!

I also enjoy all things pasta and cheese related.

Let me put it this way, I HOPE my music sounds like a headline set at Studio 54.

Every time is different! An idea can stem from a sample, a phrase or a top-line, and I go from there!

Also, collaborating with those you surround yourself with keeps those creative juices flowing - no better feeling than vibing out in the studio once you realise you’re onto something special!

Can you tell us about your latest single, Knock Knock?

Knock Knock was born from wanting to produce and release a song that paralleled the Disco & Funk records I loveeee to play - highlighted in each and every set of mine. Featuring the insanely talented Thandi Phoenix, it is an honour to have her jump in and sing her heart out.

Hopefully being able to get back on the road. (Wouldn’t that be nice…) Making the most of studio time, releasing music and staying creative, motivated and inspired. Also, since moving to the Adelaide Hills, getting reallll-good at gardening.

On all streaming platforms! 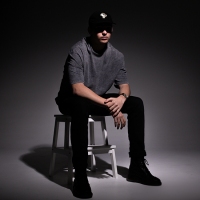 Premiere: Listen to PAO's striking Eyes On The Road, the first release of Lab Six RecordsThe invigorating, hyperpop-bordering single is the first of Perth's new Lab Six Records, igniting an exciting new chapter for the initiative. 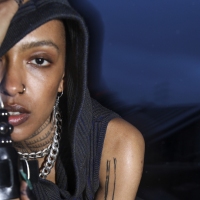 Introducing Alewya, the UK musician connecting drum'n'bass with pop togetherWith her new single Spirit_X, the multi-talented musician proves to be an experimentalist leading the charge of the future.
Electronic