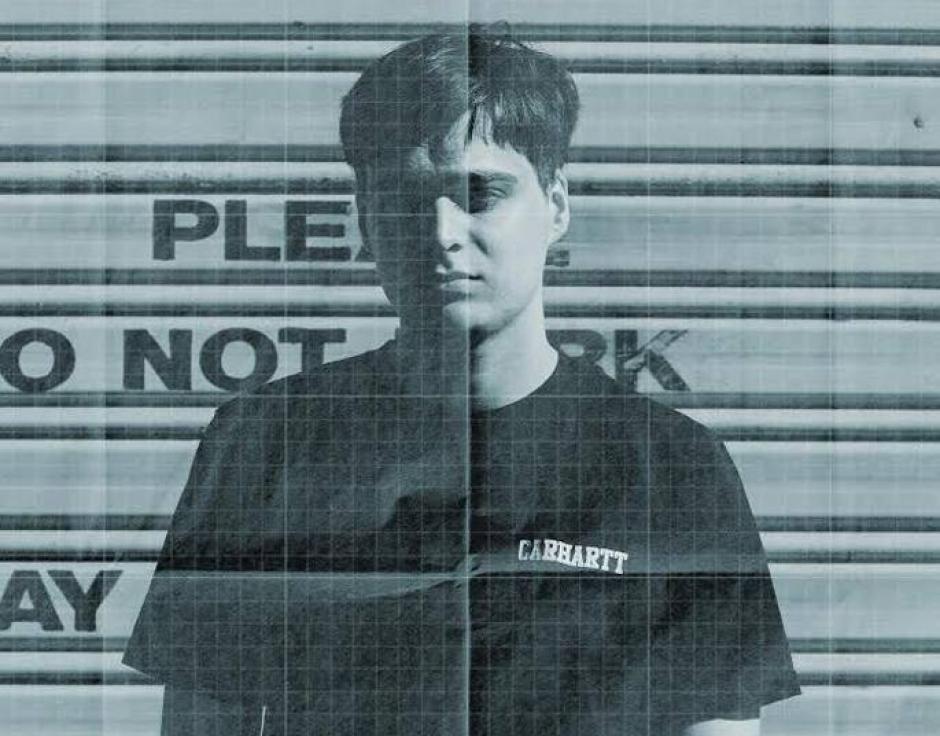 Whatever you expect the typical sounds belonging to a club music genre to be, Sydney-based producer Eugene Ward takes those solid sounds, throws them into his saucepan and melts them down into new, wild, Antipodean shapes, with vibes beyond your wildest dancefloor dreams. Ward has two aliases, both whose influences take a global outlook. Dro Carey takes grime, hip hop, R & B, and juke and pushes it through a melodic techno palette. Then there’s Tuff Sherm, where you’ll find raw, mechanical house – like the ‘Tuff’ name says, things tend to get harsher / darker here than they do in Dro Carey’s universe.  The evolution of the Dro Carey and Tuff Sherm aliases came about so Eugene could focus on the different genres that he’s into fully, whilst maintaining a common goal to continue to experiment with the structure / style of the source material of both projects.

It’s been a year and a half since Dro Carey self-released his Vital Trails EP – in the interim, he’s had a brilliant inclusion on Napolian’s free-download mix for Daniel Lopatin’s (Oneohtrix Point Never) Brooklyn label Software, a top mix for FADER Mag, and has prepared new stuff with Cliques (hear it in his recent triple j mix), not to mention a nice l'il collab with Druture. Now, Dro Carey gives us a new EP of industrial-lined club: it's almost too perfect that Ward’s called that EP Club Injury Handbook - because if anyone is actively re-writing the manual and laying out new instructions for dance music right now, it’s Ward. Trails was self-released, however Joe Goddard (Hot Chip)’s UK-based label Greco-Roman brings some big backing to Club Injury Handbook. Not to mention some design chops - the release’s artwork features nightclub floor plans that show emergency routes – handy when Dro Carey’s playing a set in the club, and everyone’s mind starts melting, causing a giant club fire, and you need to find the nearest fire exit.

Start memorising those exits now! ‘Coz Dro’s packing his bags and getting ready to cause damage around Australia this month support of the release, starting out in Perth this Saturday, March 7 at new club cave on the scene, Jimmy’s Den, details HERE. Pilerats caught up with Eugene over the phone yesterday morning:

What are you up to today?

I’m working in my home studio in Lewisham (inner-West Sydney), going over some new songs that I’m hoping to get finished before the tour starts.

Your Tuff Sherm project’s been quite active in a live sense lately, but this tour will be your first set of solid Dro Carey shows in a while, right?

Yep -  I’ve done some support slots for people touring from overseas, and some smaller, non-official things - I played with the Cliques guys from the UK, they played at GoodGod and I did a surprise set there recently with them. But yeah, first shows in a while.

Your new EP, Club Injury Handbook, is out on London / Berlin label Greco-Roman, Joe Goddard from Hot Chip’s label. They’ve backed some great projects (TEED, Disclosure, Lone). Did you prepare the EP at their request for material from you, or did you have the EP ready and then they offered to release it?

I basically had a large number of tracks ready – about 40 tracks - that could potentially have been an album, so we started looking at those. Then I went back and narrowed down the selection. The Monomolies track was originally only an instrumental, and it was someone from Greco-Roman who suggested the track should have some kind of vocal, and I got into he studio with the MCs in Sydney and we worked on the track and it turned into a whole new idea, a hybrid of rap and grime. 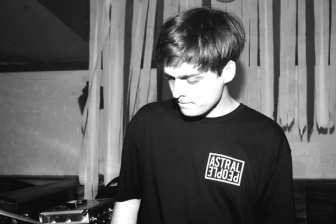 Monomolies is probably my favourite track off the EP, I love the UK funky feel it has to it. Chocolate and Kid Kairo, the MCs you worked with on it, were from the Sierra Leonean community in Sydney, but you’ve had actual UK brethren go in on your tracks in the past too - Trim and Merky Ace. Are you quite inspired musically by the grime tradition?

Aidan Bennison, who owns the label Templar Sound, and whom I work pretty closely with, was actually the instigator of those collaborations: he’s a huge grime fan. He heard the originals of my stuff and he had the UK contacts so he hooked those collabs up. I’m looking forward to hopefully doing more vocal collaborations, not just grime or rap, but other styles too. Working with vocalists adds another stage to my usual process - I do the beat but then it’s not over after that, that’s when the the work begins, once you get the vocals back that’s when I’ll go back and change some things to make it function better as a song until we get something we’re both happy with.

Speaking of Templar Sound, you’ve put a fair few plates out on Templar now, can you go into more detail about Aidan and Templar, and your relationship with him?

Templar Sound’s pretty much a one-man operation with Aidan Bennison running the show -  he’s been doing it for four or five years now. It’s an interesting label because he doesn’t have a specific genre direction, it’s more whatever he really enjoys. It began as digital releases and has now matured to vinyl releases. I think he was one of the earliest people to get in touch with me, he heard my tracks online when I was still in high school. We’ve done maybe four releases together now. He’s been one of the biggest supporters and champions of my music, he always encourages me to push my sound, talks to me about things, and helps me out - like hooking me up with people for remixes. He’s been a mentor and supported my development as an artist.

You had the opportunity to play Boiler Room a couple of years back, as Tuff Sherm. What was that experience like for you?

It was a great set and I’m really happy with how it went, the vibe of the crowd was strong from an energy perspective. But I think that maybe it confused people, because at the time for some reason we did it under my other project name, Tuff Sherm, and at that time I hadn’t been distinguishing the two projects as much as I have now, it was blurry. But yeah, there’s been a good response to it, however if I could go back I would possibly have definitely have made the set just about one or the other!

What do you think of Boiler Room as a concept?

From a music history perspective, it’s a really important thing that they’re doing. I think it’s going to be great to be able to go back and to see these parties documented. Can you imagine if there’d been something like Boiler Room in the 90s… how valuable those recordings would be to us now! The other thing I like about Boiler Room, usually in most set ups because they need to set up the camera in front of you, you’re much more immersed in the crowd, you’re not playing at the crowd, you’re facing the same way as them. Sometimes in traditional set ups, the stage lights are so bright you can’t even see the crowd in front of you, and you can’t get a good visual on the people in the room.

The artwork for Club Injury Handbook’s incredible. Clubs can be pretty confusing environments, especially bigger clubs, particularly due to the array of influences everyone is usually under. The idea of giving everyone a guidebook to the club is kind of genius. I also like how the floor plan highlights the emergencyexits; like what if you need to leave the club because the music’s gotten too intense! 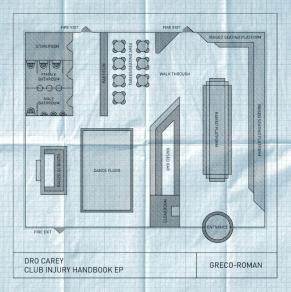 Totally. I saw the title track as some kind of imaginary handbook for clubbing, so the logic was to then you need official diagrams, that was the idea I approached the artwork with. The graphic designer from Greco-Roman then translated it immediately into what I envisioned, which was great, because sometimes you don’t get that input at all. Sometimes the cover art just happens from the label’s side and you see it and you’re like ‘oh, that’s cool, but it’s not what I necessarily thought it would be’ This cover art was super-collaborative - I think we could even stretch it out more as a concept on future releases together for sure.

How do you balance your time between the two projects? Obviously you’re focusing on the Dro Carey project with the Greco-Roman release and the tour, will you then throw some time into Tuff Sherm after this?

Yep definitely, although when I’m working I really try to let myself be guided by what’s naturally coming out, and not get too deeply organised with one or the other (unless there’s a deadline).

Yeah, like I imagine the tracks naturally evolve into the different projects as you’re working on them in the studio? So you might begin working in the morning thinking it’s a Dro vibe type track, then it morphs more into a Tuff Sherm offering by the day’s end? I guess no creativity goes to waste in that sense!

You nailed it. I like both projects / genres equally, but having those two outlets means I can really zone in and concentrate on creating in a certain way. Before I separated the two aliases and started producing a lot more Tuff Sherm stuff, I was maybe lost about the identity of Dro Carey; wondering about how to bring the harsher sounds into what was a pop / melodic project. Lately, I’ve met people who are definitely only about one or the other alias, which to me is a good sign because it means that they are quite distinct so I made the right choice to separate them. But there’s a lot of people who follow both, too. 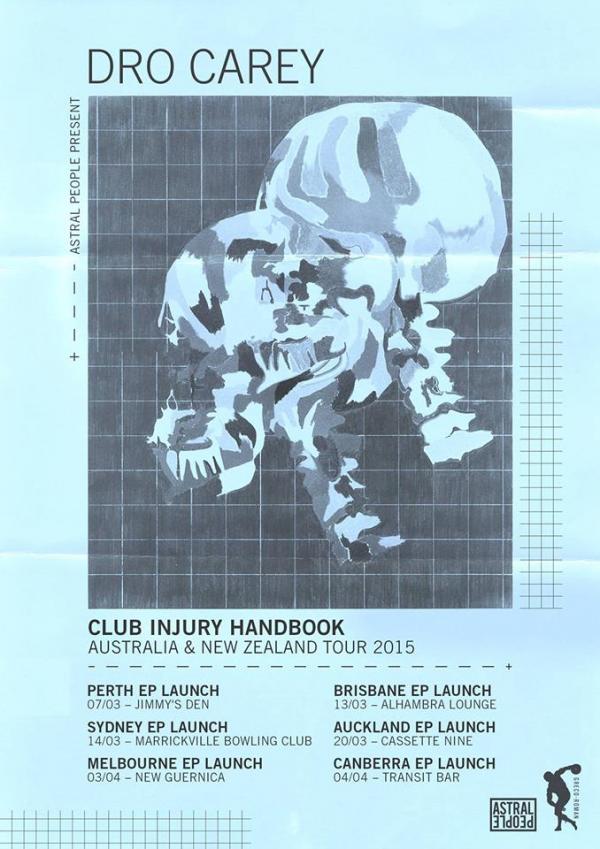 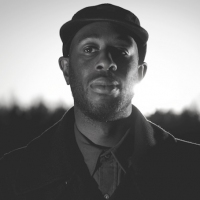 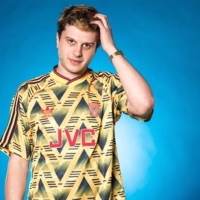