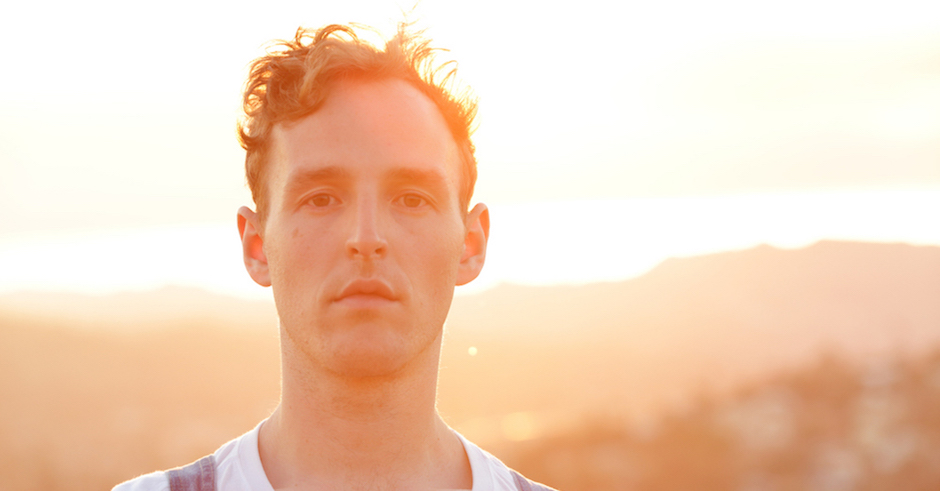 Five years in the making, today sees the arrival of Jonti's spectacular new album Tokorats. Released through esteemed Australian label Future Classic, the 15-track release sees the Sydney producer glide between sounds and genres for a release which refuses to stick to one overarching sound, enlisting names including Sampa The Great and Odd Future's Hodgy for two of the album's more hip-hop-leaning tracks – Island Rose and Animah. "With this album, my main goal was to stretch out," says Jonti on the gradual creation of the record, which was announced earlier this year with the spiralling lead single Sleeping And Falling. "I wanted to make songs that flowed and went on magical journeys themselves. I wanted the songs to have clear intentions and stories. I wanted to open the world up sonically; I came across a group of musicians that were key to helping me find the wide and open sound I was searching for."

It's been a long time in the making, but now it's finally here (and well worth the wait, if you ask me), and to celebrate, we got Jonti himself to walk through the album's creation and break down each single and its creation and inspiration. It's the perfect reading material while you dive into the album, which you can stream in full below.

Lotus St. was the street I grew up on in Johannesburg. I thought it would be cool to start the album right at the beginning of my life and end it in the present. The lyrics were originally written for The Avalanches' Harmony which didn’t make the final cut. I love how in the context of this song the lyrics became reflective and sort of like a Twin Peaks message from a dream: "May you treasure those little prayers / that stand so tall when they are shared. My imperfections multiplied by melody / tells me who I am like a memory."

I thought of this song as a soundtrack to a small kid waking up on a strange island. Sometimes I need to think of a record like a movie for it to start flowing. So this would of been a setup scene for the movie. That's Sampa The Great singing with me in at the minute mark. Jo Ling provides the strings on this track (and most of the record).

This song is fun, lush and upbeat, but the lyrics are pretty melancholic. I was in a long distance relationship with someone for a year; I was in LA while she was in Sydney. After a year I moved back to Sydney to be with the person, but upon arrival, she had some bad news for me. That’s what this song is about. But it felt good to get it all out in a positive song. Vanessa Tammetta did the strings on this one, Staring Window and Cities. She really took the songs to another level.

This is one of my favourites. Sampa The Great came to my garage studio and in 5 minutes wrote this whole song over this beat I had, including the verse, vocal hook and added a freestyle in the most perfect spot just because. And you can hear my reaction halfway through the song, where I just start howling out of excitement. Sampa’s a brilliant mind and a real beautiful soul. I'm grateful she’s on this record.

Misto On The Moon

For a while, I would drive up to the beach late at night and just listen to albums on my phone and watch the water. It was quite beautiful. That's what this song was about.

The original demo of this song is from 2008. I titled it 3-1 because I knew it would be the 3rd album and first song I write for it. Nearly ten years later and that actually happened. I didn’t know what a Tokorat was, but in this song, they turned out to be little blue creatures that live under your bed and haunt you, but once confronted they turn out to be real cool. I love how melancholic the intro vocals are, but at the end of the song they’re reversed, and it reveals to say "how blessed I am". It's all about perspective. Antonia Gauci sings the "keep your head up" part at the end. My heart lights up when I hear that.

Isle Of The Dead

Just a little interlude for some breathing space.

This was the last I made for Tokorats. Originally there was this super bummed out song called Grey, and it was just making the record too dreary. So I replaced it with this jam, I was watching an interview with Joni Mitchell and she said "when you chase your demons away, your angels will fly away too," and it blew my mind. That's where the lyrics come from. Shoutout to James Domeyko for doing the saxophone/guitar parts.

I was really into the artist Moebius; I had his images all along the studio wall. This is a tribute song to him. My best friend Moses Macrae plays all the drums on this record, and it got the point where I needed more than sampled drums and whenever I'd take it to Moses, the songs would come alive. This one truly shows that. Antonia Gauci on the amazing vocals at the end too.

For a long time, I had writer's block and this was the only song I had finished. It was a testing time in terms of my mental health. I was trying everything to break through this wall of depression. It was like a fish being caught and wanting to be released back in the ocean, hence the chorus "throw me back in the sea, all I want is to be". I am grateful the depression I went through was situational and not consistent, but I know too many that live with the diagnosis every day. So it is my hope that this song could bring comfort to those in that position like other songs did for me.

Animah started as a jam from the band I’m in with Moses Macrae and Bus Vipers called Midnight Mutants. So in a way, this is the first Mutants track out in the world. Hodgy features on this track and he knocked it out the park. At this point, we had made a whole bunch of music together and every time he surprises me more and more. I didn’t know he could sing like that. He came up with this Barry White part that I love.

Maria was a lady that was close to my family in Johannesburg. She passed away two years ago, and I recorded this on my bedroom floor that day for her.

My brother recorded this video message from Maria when he went back to visit. It still chokes me up when I hear her voice.

This is the song for my brother. He was going through some crazy stuff and I can tell he wanted to give up. I made this song for him. We’ve always wanted to be on the FIFA soundtrack, so this was an attempt at a song that could be in one. There's a little Eric Cantona "au revoir" catchphrase reference in there just before the last chorus hits.

And finally this song was for my dog Chili. This is also potentially my favourite song on the record. Chili was always in my room while I was recording all my older stuff so I have this whole library of his barking that would interrupt my takes. You can hear that throughout this song. He was getting a bit old so I thought I would send him off with a tune. I love Jo’s plucked string part on this one too. 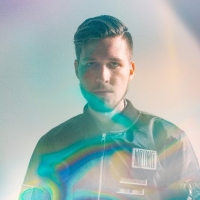 Anatole shares a dreamy new collab with Big Scary's Tom Iansek, OutgrownThe Sydney producer/songwriter is quickly becoming one of our favourites for the year. 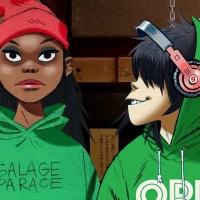 Gorillaz and Little Simz link up on ravey new banger, Garage PalaceIt's one of many unreleased tracks from their most recent album Humanz being unearthed for a special vinyl issue.
Electronic