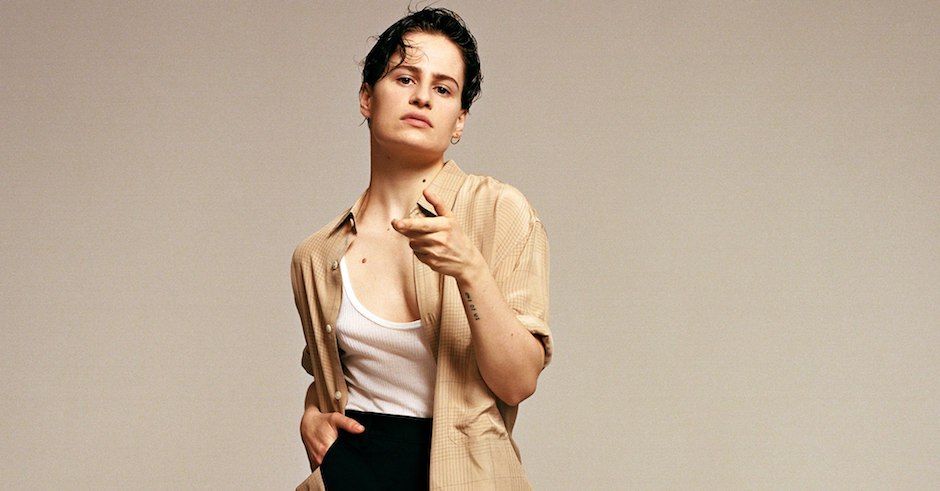 Opening with her own interpretation of the iconic THX sound that occasionally opens movies, Christine And The Queens' sophomore album Chris doesn't mess around. Spanning two discs - one containing the album largely in English, the other in French - Chris is an explosive and confident look into the mind of Héloïse Letissier, who, over the past few years, has built herself a name as one France's leading and most revolutionary names in pop music.

If Chaleur Humaine, Letissier's ever-popular and critically acclaimed debut album, was an introduction to the Christine And The Queens project, Chris is an album that doesn't solidify the introduction she gave. Instead, it's an album that smashes apart everything Letissier hinted at in her debut with a sledgehammer, not just in sound, but personality and looks too. For one of the more obvious examples, the album debuts a swaggery, masculine alter-ego named Chris who vocally strides across the album with such confidence that it's hard to picture the Chaleur Humaine-era Christine And The Queens doing the same.

Opening with Comme si, an explosive call for sensuality, Chris is an album in which Letissier is able to dictate her own themes and messages; her confidence persuading you to pay attention as she strides across the album's ideas with a swaggerish grace that would split crowds and turn heads in any environment. Girlfriend, the album's synth-dripping, Dâm-Funk leading single, addresses her pansexuality and gender fluidness which at times, have plagued conversations about Letissier in greater music media, with Letissier singing over a nostalgic, 80s-esque production.

"I initially set out to smash against macho culture and macho men," she said on the single with its initial release earlier this year. "I became obsessed with this idea of the macho man, and still being a woman. What does it mean if I’m this figure, and I’m a woman? Does it make me an aberration? Is it joyful?"

Doesn't matter, meanwhile, signals growth and progression above a clapping production that almost sounds like a sexed-up version of something Gwen Stefani would sing over in the mid-00s, walking us through suicidal thoughts ("Rage as a fabric, through and through / Like that gaze they used to do / 'Cause the suicidal thoughts that are still in my head / Give her that awful side-smile when I lay in bed,") right through to the ending, in which Chris sings "Run if you stole a shard of sunlight!"

5 dollars, another of the album's twinkling pre-release singles, talks about paying for sex and the sense of power and happiness this can bring, while The stranger - which closes the album - brings together inner turmoil and its mixing with greater, more wide-spread problems. "It’s about how my inner turmoil suddenly meets more urgent, more terrible, more important turmoils—like how a sudden feeling of helplessness can suddenly resonate with the refugee crisis that I’m seeing on the news," she tells Pitchfork on the song. "It’s my most conscious song to date, directly addressing fragments of terror and suffering that are not mine. And my voice suddenly bears other fights than mine, as if I was trying to warn you about an imminent catastrophe."

Using the Chris persona to add another level to the album's already thick meaning, Christine And The Queens is in control. Chris - personified - is someone that walks with a stride that oozes confidence, someone that parts crowds without the trembling 'excuse me' proceeding, someone that, simply, turns heads. They're tougher, sexier and angrier than the personification of Chaleur Humaine - for example - and by using this concept of a person that Letissier morphs into for Chris, she's finally in control of her music and narrative - it's now up to you to catch up (looking at you, Australian festival promoters).

Christine & The Queens' new album Chris is out now via Because Music / Caroline Australia. 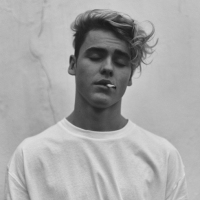 Meet Jack Gray, the Aussie young-gun touring the UK with Dean LewisHis third single, My Hands, arrives off the back of his hugely-popular break-out single Red Rental Car last year. 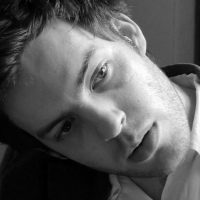