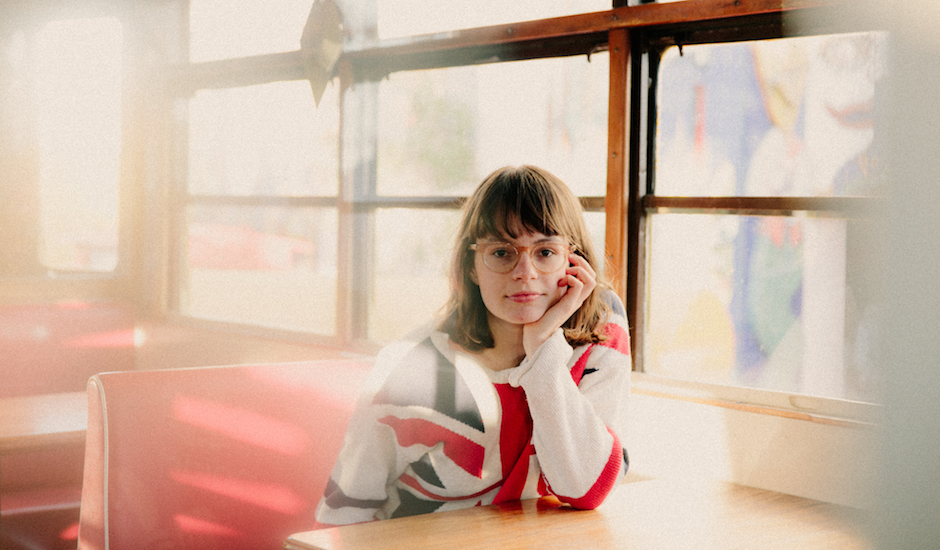 South Africa-born, now Melbourne-based artist Ruby Gill (who you may remember from THIS premiere six months ago) has had a huge year that keeps on keepin' on. Following a sold-out national tour back in the motherland, she's recently released a stellar new single in Your Mum, a somber slice of downbeat indie-pop that serves as a reminder that it's okay to be not okay, despite what others might try and tell you: "We fall in love with people who remind us a little bit of our parents, But then, in a burst of 2am Freudian clarity and angst, we realise that those are pretty stifling expectations. So this is about being not good enough. About trying to be yourself in someone else's kitchen. About admitting that you're not f*cking fine. And it's about your mum."

She's currently on tour with Lime Cordiale (dates down the bottom), and penned us this quite beautiful little essay on what it's been like emigrating to Australia. It's one of the best pieces of prose we've had the fortune of sharing, so we encourage you to chuck Your Mum on and dive in below:

There is a special kind of look that strangers give when your cheeks are streaked with cheap mascara in an airport – an incongruous mix of sympathy, humiliation and pull-yourself-towards-yourself, woman. But harsh and complex as their gazes may be, a weaker deterrent
for crying there never was. Most times, the tears keep streaming like oil slick on an airport ocean (that black stuff that kills cute penguins).

I cry a lot (I cried yesterday when I watched some drone footage - drone footage always makes me cry). But this crying in particular was because I was alone in a Sydney airport, probably about to miss my Melbourne connection, waiting for my shitty guitar to arrive from out of the shitty over-sized goods hole a shitty 10000km from home with my shitty airplane-comfy pants falling down. And I had just abandoned my entire family to be selfish and grow and explore and follow my heart and all that shitty stuff. And now I was alone and crying. And surrounded by Australians giving me those aforementioned complex looks.

That’s what immigration felt like to begin with. Waves of oil slick ocean tears and not a fucking penguin to be seen.

Speaking of tim tams, I once spent 45min staring at all the different flavours in Aldi in the midst of an overstimulated, overwhelmed panic attack in public, wondering how on earth normal humans manage to choose just one flavour, and then walk out with just one tim tam
packet in hand. Grocery stores (let alone this new country) felt like whole new universes, and I wasn’t sure I knew how to exist therein.

I walked and worked and wandered about and waited for trains and whistled horribly down Collins Street. I didn’t feel much. I saw the old intricate buildings and I knew I was supposed to think that they were majestic but I was indifferent to almost everything.

The man I loved found himself holding a small wreck (me) whilst he himself was his own big wreck (two out of two wrecks in total) and we wondered what on earth we were doing. We had left everything behind, and found very little to replace it.

But as weeks turned into more weeks, the empty membrane of indifference that seemed to bubble us in began to disintegrate in fits of music and wilderness.

I got good (very very good) at buying tim tams. We kissed behind a lighthouse and sang songs about chameleons at the top of our unfit lungs and stood silent in a redwood fantasy and drove on roads that seemed they’d never end, and started to see what lay around us, and in front of us. I saw intricate sheathes of shaded beige bark rolling softly off gumtrees where once I had only seen brown, and I stopped trying to compare Werribee to Johannesburg upon discovering that it was its own entire world – complete with flocks of sulpher-crested cockatoos and galahs in its eucalypt-lined skies. I saw exploding constellations and golden horizon towers where once there had just seemed city lights and spalling concrete skyscrapers, and he built tables for my daffodils and a life and a career as brilliant and full of potential as the vacant lot below our balcony. We saw every colour of the rainbow (and every colour in between) in birds that had simply flown past in our periphery before.

It was always changing, and we were always falling, and failing, and feeling in different ways. It was good and awful and really really mad and magic. But at least it felt like something, where before there had only be overwhelming tim-tam-nothingness.

Melbourne blossomed as the seasons wore on in bursts of bold street art and pad thai with tofu and tiramisu kit kats and I got lost and found myself living (almost fully) and sometimes I even dared to call it home. We filled our monumentally expensive apartment with cheap
chairs and second-hand clothes and I decorated our wooden Christmas tree with different colours every month, even though Christmas was long gone. The kitchen smelt like banana bread and the bedroom smelt like exhaustion and the bathroom smelt like Aldi fabric softener. I made a little nest out of a mess and the sun rose to great it with force each morning.

And then, all so suddenly, as soon as the novelty of autumns in Daylesford, Saturdays in seaside silence and windswept winters on island cliffs wore off, we unsettled.

Because immigration is unsettling.

And I eventually found myself alone, wandering the street-arts streets of Brunswick East at midnight, decked in the remnants of the best and hardest year I’ve ever had – a few holes in my jersey and a few more in my little heart. And I simultaneously lamented and celebrated a life I had only just come to know.

I am still mourning.

Disclaimer: It never feels like it did back where you came from. It never stops being a comparison and it’s always hard sometimes. But dear god, it’s bright and marvelous. There is life in so many nooks and crannies that your eyes can’t even comprehend and it brings out all the parts of you that you’ve always and never tried to see. It floats sometimes, like you’re not really there. But then it sinks and hits and centres and you’re there – really there – more than you ever could’ve been before. And those highs are as high as the redwoods and they creak with your bones and they move with the earth around you.

There is warmth in each sunrise and wonder in each flying fox and sadness in each stranger and love in each coming home – wherever home may be (no longer a yoga mat in somebody’s Brunswick garage, thank goodness). There is unending loss, and magnificent gain.

There is safety and trust and learning and fighting and singing and dancing and discovering. There are whole oceans of oil slick tears that I am no longer ashamed to unleash, even in public.

I could not ask for more. I do not want more. I only want this, and all that it is.

PS. I found the penguins. 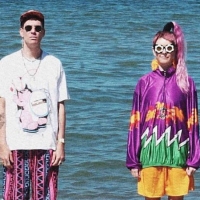 Learn some French and how to dance in The Gooch Palms' breezy new video, SummertimeSummertime is the summer anthem you didn't realise you needed. 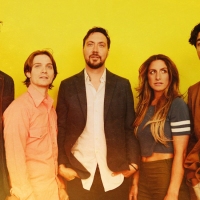 Premiere: Spend a little time at Armies' diner in their laidback new video for Ordinary PlacesThe single is taken from their recently-released album, Armies II.
Bands