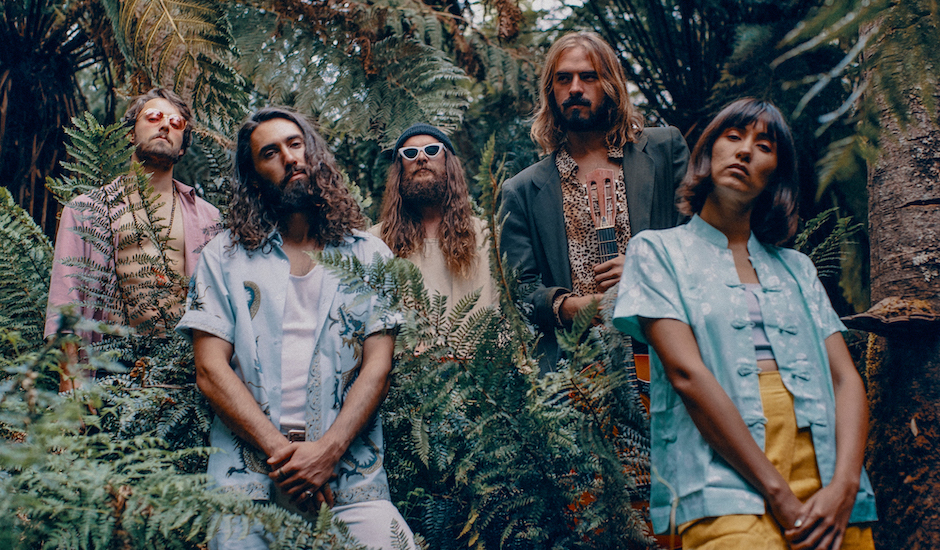 There's something really exciting about a good ol' super group, whether it's huge international names coming together for a collaborative project - there are endless examples in both electronica and hip-hop, including Swedish House Mafia and Run The Jewels - or something a little more local and homegrown; a merging of skillsets and musicality that often welcomes new sounds alongside them. The Holiday Collective is a new group with members spanning projects around the world, marking an entrance with their debut single, Island, which arrived in a pre-COVID world earlier this year.

Looking at its members alone, it's clear why there's excitement around The Holiday Collective. It's led by Jesse Higgs, who founded Tasmanian festival institution Party In The Paddock - where The Holiday Collective played their first gig, too - and has been running laps around the local music scene ever since. Also included, is Kimi Brown and Marquee Moon from Australian-meets-Argentian DJ duo In The Flowers, Jade Higgs and Isaac Williams from fellow Tasmanian group Younger Dryas, and London-based musician Meg Hitchcock. They're all musicians with distinct tones and specialities that through The Holiday Collective, is built to thrive amongst each other, with each member's specialities highlighting one another.

It's something apparent on their debut single Island, which arrived back in January as an introduction to the group and what to expect from their collaborative, ground-built sound. As it turns out, their speciality is somewhat in wind-swept, sun-soaked indie that finds itself nestled in mannerisms plucked from pop and electronica, with shadings of guitar lush with this hazy and psychedelic feeling forming a backbone for the single's moving pulse and rhythms that form it; vocals - seemingly built for the festival stage they debut on - powering above.

Today, however, we're premiering the single's official video clip, which doubles down on its inspiration from Jesse's Tasmanian home and the themes of isolation built into it, somewhat ironic considering the single's arrival - and video's creation - just before the state shut down due to COVID-19. Captured in northeast Tasmania, the video clip really highlights the natural beauty of the state - a big tourism drawcard to Tasmania - that as Jesse explains, builds into the single's larger themes of being left alone and isolated, with no-one looking out for you.

"[The video] follows the protagonist from the reflection period of self-isolation onwards on a quest for hidden truths, finding his team along the way, they are eventually confronted by the corruption and destruction that Government and humanity is regularly capable of - that, which is at large systematically ignored and which in this case is sadly portrayed via the real deforestation of Tasmanian Old-growth forests," he explains.

We all met in the random share-house experience of Byron Bay and soon after started making music together in a garage. The songs and songwriting are based and expanded from my musical moniker ‘Jesse Higgs In Holiday’, but now have a strong sense and taste of bandmate Marquee Moon's production flare. Marquee has a background in a well known Argentinian outfit 'In Corp Sanctis' who are big back in South America. Marquee and his partner Kimi Brown feature in the THC but originate from Byron DJ duo ‘In The Flowers’, Kimi’s hip hop/MC vibe bringing a lot of steeze to the collective.

Seemingly the best-known method of finding bandmates; we then moved into another share-house with 24-year-old Meg Hitchcock, a power-house vocal/80’s pop priestess from the UK. Meg brings another dimension to the THC, with a voice that soars alongside and comes from the same school of fellow Celtic witches Florence Welch (Florence and the Machine) and Hannah Reid (London Grammar) - Meg is set for big things and features in coming THC singles, including a small vocal appearance on Island.

Myself, younger brother Jade and Isaac were all in the Tassie outfit 'Younger Dryas’, we grew up cutting our teeth on wild east coast pub tours and returned home one year to start the Tassie favourite 'Party in the Paddock' music festival. YD had a great innings and we became notorious for an outrageous live show. A lot of this existing onstage connection has transitioned into the backbone of a really tight live band for THC. Having performed together live on multiple stages for over a decade, Jade and I have been playing music together since we could wield our parent's instruments, born into a party house of 70’s vinyl and extended family; it didn’t take us long to join the family band, with Jade on drums and me on my first instrument the harmonica, we spent most of our childhood on tour and in and out of studios with our parents.

And now it’s our turn, myself and the team have been in and out of studio’s for the last two years and are in the exciting process of wrapping up our debut album In Holiday. You can clearly hear us exploring our sound in this genre-melding excursion, but it’s the conceptual theme of In Holiday that creates the cohesive experience of the coming debut album. The songs began for me as medicine, personal growth reports in some kind of alchemic self-portrait via the continual existential crisis of existing… When I started sharing the songs and realised that they connected to others, the project quickly expanded from a solo venture and into a collective. In these wild and unprecedented times, with so much instability and the glimpse of humanity reshaping it’s core values and identity; being vocal in personal and collective truth is paramount, it always has and always will be an artists duty to reflect the times that they’re in. I hope that these songs can find their do a duty for others and can play a small or large part in the inevitable revolution of human collective consciousness.

THC musical pallet is broad, pulling from a diverse group of backgrounds, but sitting somewhere between AUS indie pop, Northern Rivers mystic rock, with an additional hint of world music, namely the psychedelic underground scene of Argentina. This particular track Island leans more towards our experimentation with EDM world music, with inspiration from groups like Milky Chance, Bonobo, Empire of the Sun and Marquee Moon’s Argentinian upbringing.

This song in particular was created in a garage in Byron Bay back in 2018, it began with melody, lyric and vision from myself and evolved quickly via an Ableton explosion with Marquee on production. Marquee and myself were bouncing from instrument to instrument, even getting some harmonica in there during for the play out. In this song, the instrumentation is shared between myself & Marquee, with Marquee’s underground Argentinian psych influences that can be heard. We’re big on group vocals and you can hear the girls and I for the chorus hook. The song was 80% done within the first 4 hours, the last 20% of the song took a full year to complete - ending up in a Byron studio with THC’s latest addition Meg Hitchcock (UK) for additional back up vocals. The song finally wrapping up the with renown audio engineer Eric Coelho (Angus & Julia Stone, Dope Lemon), with Eric completing the mix and master.

Can you tell us about your new single, Island?

I originally wrote the song back in 2017 after ironically - time spent in self-isolation. The theme currently weighing heavy on the back end of the global pandemic, Island is both an ode to existential isolation and my home state of Tasmania (the filming of the clip taking place in February 2020 - just before the outbreak of the COVID-19 crisis). The clip features my back yard, the beautiful northeast Tassie and captures some of the ancient forests and picturesque beaches in all of their glory. As the storyline follows Holiday - the protagonist - from the reflection period of self-isolation onwards on a quest for deeper truths, finding his team along the way (Kimi, Marquee, Isaac & Jade) we are eventually confronted by the corruption and destruction that Government and society are regularly capable of. That, which is at large systematically ignored and which in this case is sadly portrayed via the real deforestation of Tasmanian Old-growth forests. The film clip was shot and directed by one of our own, my bro and talented Tasmanian film producer and THC drummer, Jade Higgs.

We’re currently stationed back in Byron Bay and finishing up mid-iso-recordings of our debut EP In Holiday. With several follow up singles planned for the coming months, despite the strange times that we are living in, THC are set on providing a special soundtrack to soothe the tension of this unprecedented year. With our recent signing to indie label and Tasmanian based Vibestown Sounds, THC have committed to a debut EP set for a date in early October. Weather (COVID) depending, the debut EP is to be followed up by our first national tour as a band - shooting for sometime early summer. For now, it’s just a big focus on getting out these releases in the coming months, positive vibrations are needed…

I recently had a brief go of depicting the concept of In Holiday via an Instagram post: “I’m not on holiday, I’m in it; every time I choose breathe over stress, reflection over distraction and trust over fear. Something changes and I again realise that we are watching the best damn reality tv show of the planet, from right out of the two eyes in our heads.”

Bigger picture perspective is essential right now. We’re living in a crazy fucking world, sometimes best-taken one breath and one step at a time. This music is a reminder that we have the power and sovereignty as individuals to choose in how we integrate with the world around us. 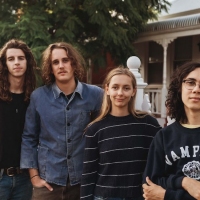 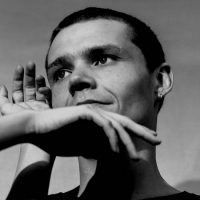 Album Walkthrough: UK musician Westerman breaks down Your Hero Is Not DeadAfter capturing international attention with his enchanting Ark EP back in 2018, Westerman now enters the album format with incredible results.
Bands