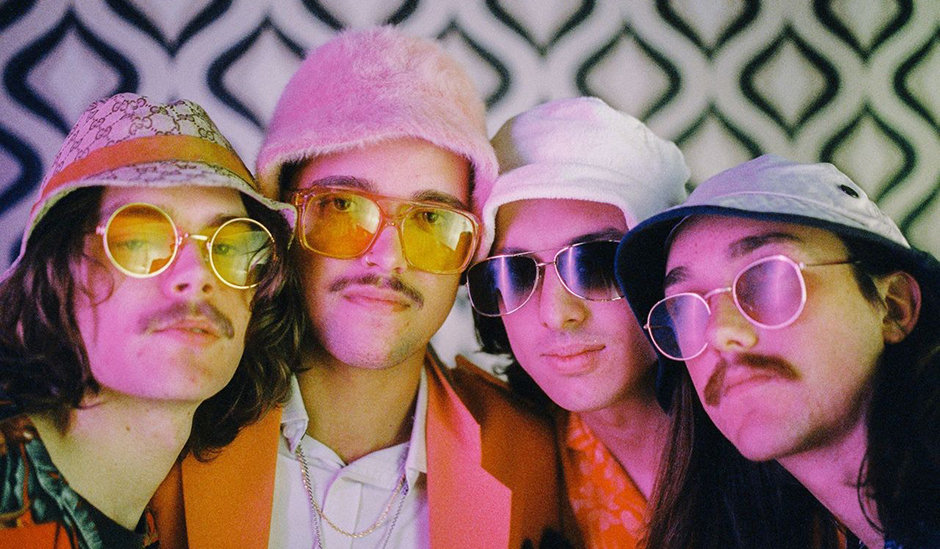 If you're keeping a close eye on the depths of Perth's live music space, then NECTAR may be a group you're already accompanied to. After making an entrance with their debut single Caramel Blue last year, the four-piece have become a highlight of the city's next-generation, playing headline shows amongst a range of exciting and genre-mixing acts - King Ibis, muscle club, Ken Paolo, Claudie Joy - all while working on more new material, as previewed earlier this year via their second single Plateau.

It's not too difficult to work out why the band have become such a highlight either. Their sound swirls around this kind-of washed-out and melancholy side of indie-pop that feels destined for festival speakers, brought to life by a four-piece - comprised of vocalist Judah Pilcher, guitarist Jack Arnett, drummer Jac Donnelly and bassist Matt Smith - that twist an otherwise quite conventional sound with distinct and unique textures, such as the gentle saxophone that often vibrates through their work, or the slight touch of R&B that seeps through their aching vocals.

It's a combination that works - as shown through both Caramel Blue and Plateau - and it's something that's yet again cemented in stone through their third single In The Clear, which premieres on Pilerats today ahead of its release (and launch show) later this week. In The Clear feels like an encapsulation of NECTAR's strength as they continue to strive and thrive to the next stage of their trajectory, emphasising the brilliance of their sound and how every nuance and flavour that goes into creating it what it is.

In The Clear brings that altogether; swaying guitars forming this off-kilter, psychedelic-backing that the band then experiment in for about three-and-a-half minutes, adding further layers and textures before a sweeping saxophone solo comes in and offers release, adding this additional, relaxing dimension to the single's slow-pacing presence. "In The Clear is about finding solace in the little things in life, and the relief that they provide in times of turmoil, it also reflects the importance of freedom and individuality," the group say on the single; a theme that comes to life through the song's rich, yet care-free feeling.

As mentioned, the single premieres today ahead of a stacked launch show on August 20th at Mojo's Fremantle. It's a collaboration with Tone City Recordings, with NECTAR on headline mode alongside fellow ones-to-watch Ken Paolo and Claudie Joy, as well as Supathick DJs, POND DJs and Airline Food's Jack Seah. You can find a bit more information on that here, but before that goes down, take a dive into the single's Daniel Hildebrand-filmed video clip as it premieres below, and better introduce yourself to NECTAR underneath - there are a band you're going to want to be watching in the year ahead.

The four of us (Judah, Jack, Jac and Matt) started jamming early 2020 prior to the first covid outbreak, in the Northern Suburbs of Perth, but have been involved in various projects throughout life. We’ve all grown up with music in our lives and enjoy sharing our craft with each other and the public.

Our influences come from our surroundings and the natural progression of our individual interests, most commonly the flow and feeling of a catchy, toe-tapping tune.

Our music is like when you jump in a nice hot shower after a day of cold, miserable weather. It is relaxing and refreshing and easy to appreciate no matter the mood.

Currently, we sound like a well-oiled machine operating under a nice steady workload. We have splashes of jazz-infused amongst indie rock and soulful-pop influenced progressions, with vocal melodies that dabble with wordplay and rhythmic devices found in rap and r&b. We try our best to create a unique sound in a world full of so many unreal musicians and songs (particularly right here in Perth).

Our music is always evolving, often with the growth of each of us as humans. Instinctively touching on situations and feelings we deal with while navigating through day to day life, understanding and expressing that in order to experience highs and happiness you also have to expect lows, and sadness, and that’s okay.

Our production process varies but in terms of actually piecing a song together it generally starts with a voice memo idea from a phone. When we jam we play around with the idea, try it out with a bunch of different feels/rhythms. Once we feel like we have locked in a groove we then start to build a structure to the song with vocals alongside the little specks of flavour we add in for dynamics.

In terms of production we will demo the song we are planning on recording at a studio, we really dissect the whole song and add bits and pieces to give it its own personality. During the recording process it’s always so much fun there’s always great memories being created! Our new release In The Clear was recorded by Sam Ford at Tone City recording and he just breathes absolute life into the song.

Can you tell us about your latest single, In The Clear, and its video clip?

In The Clear is about finding solace in the little things in life, and the relief that they provide in times of turmoil, It also reflects the importance of freedom and individuality. The track creates a solid building block for the vocals to shine and bring home the message of solidarity in the face of disparity, with a dreamy chorus shifting to flowing, forward-moving verses. In true Nectar style, the saxophone is the “sweet release” that quietly awaits to be let loose.

In regards to the video, it was pieced together and filmed by Perth photography and videographer/director Daniel Hildebrand. We really wanted to it mesh well with the song by using a wavy, euphoric and easy-going vibe and Dan truly captured that idea and brought it to life.

This is a hard question honestly because so many opportunities will randomly present themselves! However at the moment, we have been writing fresh material, we really feel like we are honing in on our sound now which is a really great feeling. We are also planning on demo-ing all of the songs that we first wrote all together. We find we gain a really fresh and different perspective on a song once we actually demo it which is eye-opening (in a nice way). We really want to put on some more shows around Perth and are also aiming to put on a show down south!

I think with our music we really want our audience and listeners to feel what we are feeling. The music we make truly does come from the heart and so much feeling goes into it. Each of the songs have themes we feel everyone can relate to in some way shape or form hopefully in a happy and comforting way. We hope in some way our music can be a form of a reflection for people, and if this can leave an impact on someone’s life then we have done what we have hoped for.

You can find more of our music on all streaming platforms! And also you can catch a whole lotta more of it at one of our shows! 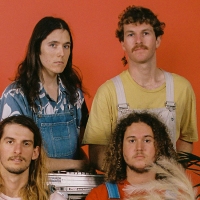 Premiere: Perth's The Washing Line Economy return with a new single, LuminaryIt's the band's first major release since sharing their debut album last year, and arrives ahead of a pair of Perth shows scheduled for the upcoming months. 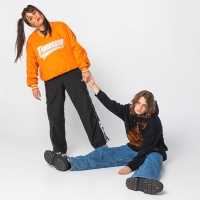 Meet Caroline & Claude and their catchy, must-listen debut single, Stir The PotThe first single from the Adelaide-via-Sydney brother-sister duo is amongst one of the best homegrown debuts of the year thus far.
Bands