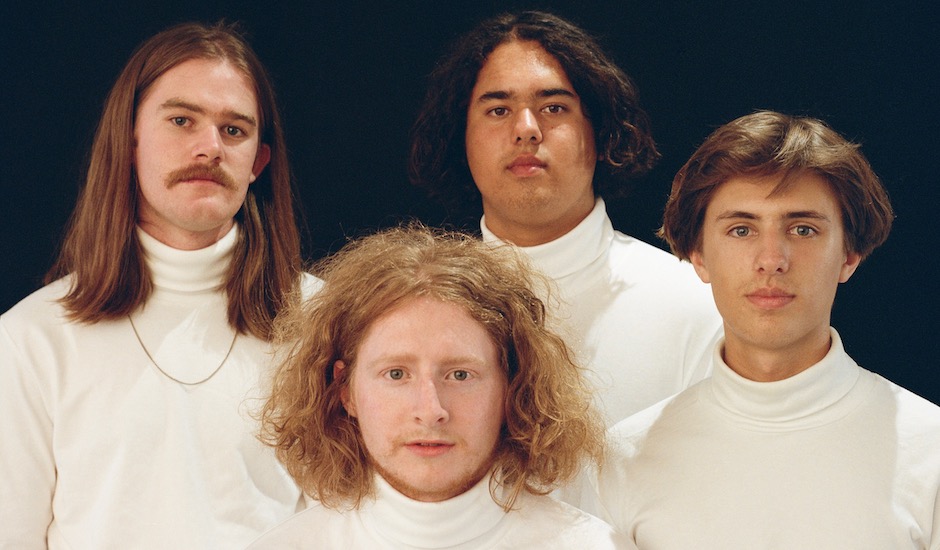 Mixing nostalgic 80s-esque synth patterns and psychedelic guitars with a light-heartedness and confidence of someone like Mac DeMarco, Perth-based indie-rock four-piece Airline Food are a band on the edge of a break-out. Over the last few years, the group have continually gone from strength to strength, switching up their sound and offering moments of experimentalism and versatility as they move from the early sounds of their debut three-tracker Sunscreen Dream right through to last year's Fragments in Green, a five-track release that re-established the band as a highlights of the Perth local circuit, carrying the potential and promise of fellow national break-outs à la Spacey Jane and Good Doogs, but in their own, unique way.

Their latest single, Axe Murderer, cements this. It's an experimental slice from the band that sees them move away from their standard indie-rock sound, moving into something a touch darker and heavier as the sun-soaked sounds of some of their past work move to just a shading. It's a sign of the band's aforementioned growth in sound, confidence and image, switching things up as they continue to strive, something they're sure to continue in 2019. Dive into the single below, catch them launch it at The Bird on April 3rd - more information HERE - and better get to know 'em while you're at it:

We are a four-piece psych-rock/synth-pop band from Perth. The band formed in the summer of 2016 when we started jamming and recording music together, with Jack Annear on guitar and vocals, Jack Seah on drums, and Conor Levy on synths. When we decided to start performing live, Jack Seah’s brother Tom joined the band, filling in the low end on the bass. We have been performing shows around Perth ever since.

We try to experiment with different ideas and themes, mainly revolving around 80s-style synths and psychedelic sounding guitars. We listen to a lot of artists together as a band and try to draw inspiration from different eras, genres and styles of music.

These components go hand in hand. Many of the songs are written in the recording and production process and are developed from there. We find this way enjoyable as each member is able to contribute and come up with ideas that we otherwise may not have had. It’s a very collaborative process in terms of how we go about structuring songs and writing individual parts.

Can you tell us about your new single, Axe Murderer?

This was a song originally written by Jack Annear. He presented a demo to the band where we learned the parts and began playing it in our live set as a new ‘in-the-works’ track. We then re-recorded the song in Jack Seah’s home studio, adding some flavours here and there, before taking it to Tunafish Recording Company to mix it and record the ending with Broderick Madden-Scott (HAIRCARE). Brod helped immensely in the mixing process and enabled us to really push each sound further than what we had done, using many distortions and compressors. The song is quite different to what we have put out before, both musically and thematically. It’s darker, heavier and fuller than any of our previous releases. We are more confident in our song-writing and this has allowed us to become more experimental.

No, but we are hopefully planning something soon.

Lots of gigs, a few more singles, hopefully an album by the end of the year and at some point a tour would be awesome. 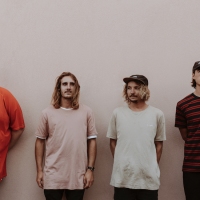 Sly Withers make a comeback with new single Sad Guy, tour and signingsThe Perth indie-punk band, who this week announced signings to Dew Process and Select Music, will be heading around the country this June. 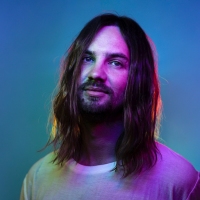 Watch Tame Impala play a new song, Borderline, on SNLIt’s the next taste from their highly awaited new album, expected to arrive this Winter.
Bands