Header image by She Is Aphrodite.

Harper Bloom is a name you've perhaps come across in the last year, as the Melbourne-via-Perth musician introduces herself as one to watch amongst Australia's more stripped-back and folkier next generation. After making her entrance with the debut single Mary last year, Harper Bloom has proved unstoppable, going from strength to strength as she developed her sound in recording and reinforced her presence on the live stage; sold-out shows littering the second-half of her year, alongside a further three singles - Walk My Way, You're The Music and Sunflower Girl.

It's not too difficult to work out why Harper Bloom is being heralded as someone worth watching in 2021. Her take on indie-pop mixes together flavourings spread through pop, folk, indie, electronica and beyond; a charismatic blend of sounds that, when paired with Harper Bloom's poignant and potent songwriting, relish with their brilliance. Then, there's that songwriting itself, and the lyricism that sees Harper navigate vulnerability, queerness and self-acceptance with the emotive intelligence and grace that has always been central to her music, and will continue being so.

Now, midway through 2021, everything is coming together. Today, we're premiering the release of her debut EP Faith, Sex & Skin, which isn't so much an introductory moment to Harper - maybe, if you're yet to be acquainted already - as much as it is a moment for her to showcase the potency of her work across a larger-format release, and how her music can twist and turn with both sonic and lyrical intricacies which solidify her talents and prove that the singles emerging last year weren't just one-off glimpses of her craft.

Composed of last year's Walk My Way and Sunflower Girl alongside this April's Shaky Bones (and a further three unreleased songs), Faith, Sex & Skin captures Harper Bloom navigate complexities through a wash of acoustic indie-electronica, worked on over the last few years as COVID dampened her initial plans. "I recorded an EP with Benjamin McCarthy in 2018 and was supposed to be released last year, but with everything that happened Covid-wise, I decided to delay the release, and record another 5 songs that I had written over my first year of living in Melbourne," she says on the EP.

"From those 10 tracks, I picked the 6 songs that I am the proudest of and that I feel represent me the best in terms of honest songwriting, melodies, and the raw, lo-fi production," she continues. "The theme of the EP is about celebrating diversity, coming together to build a kinder world and keeping a good sense of humour through it all. I thought Faith, Sex and Skin was the perfect title to sum up these themes. I’m really excited for these songs to finally be out in the world, and I can’t wait to see how they connect with people."

The full EP is really something - we'll let Harper talk about it more herself, in just a moment - and arrives alongside a combination of east-coast launch shows, which will see Harper perform tracks for the EP at the tail-end of this month.

You can take a dive into Faith, Sex & Skin as it premieres on Pilerats below, and underneath that, read a track by track walkthrough from Harper as she breaks down the EP's themes and creations, and then further below that, find more details of her upcoming tour. It's a good time to be a Harper Bloom fan, let us tell you that much.

I was listening to Hey Soul Sista by Train on repeat last year in lockdown and I started to really appreciate the bizarre nature of the lyrics (which I found out were inspired by the Burning Man festival in Nevada). I loved how the metaphors and storyline seemed to dance with the instrument. I went and bought my first concert uke in lockdown, and I became very excited about writing a song on the uke that celebrated the spontaneous and uncertain nature of life.  I just tinkered around and thought about the tiny moments and choices I have made that have changed the entire course of my life. Then Catfish flowed out and I think it is a funny little song.

I wrote this song in a tiny apartment in Brooklyn in late 2018, when I had just moved to New York to be with my girlfriend, and I was incredibly broke! The lyrics detail all the travels and adventures we had recently shared together. The song is about enjoying adventure and appreciating the loved ones you have around you, rather than chasing materialistic things to be happy. It was the first original song I performed in public, and it is called Sunflower Girl because a bartender was hitting on my girlfriend and kept saying she was like a Sunflower! Which she is!

I can’t remember exactly what song it was, but I was playing around with a Beatles song in the key of D – (which was a key I hadn’t written a song in yet). I just started changing up the progression and I was like, wow this is such a happy little chord progression! Then I just started playing this random fingerpicking pattern and the whole chorus just came out. Then it took a while to lyrically fill in the versus to tell a coherent story. It’s about chasing after someone who you feel is unattainable, but the whole time they were interested in you too!

I am really proud of this song – it is my favourite song from the EP. When I hear it and when I play it, it often makes me cry. The chord voicings and fingerpicking patterns were heavily influenced by Blackbird by The Beatles. It's quite a personal song and out of all the songs on the EP, I spent the most time on this one for both the guitar work and the lyrics. It took a while for me to mesh the two together. Essentially, it is about wishing people could see themselves through your eyes when they are not feeling well mentally. It’s about wishing they could see how incredible they are.

I wrote this song on the same day I started to write Walk My Way. It has the same chord progression, but a different rhythm. At the time, I had just watched the movie The Boy Who Harnessed the Wind. Which is an incredible true story (watch the full movie – I won’t spoil it for you here!). The movie inspired me to write a song about everyone from all walks of life, coming together to build a kinder, and more accepting world. I believe this is a message worth spreading and I feel like all of the songs on this EP have messages of optimism, love and acceptance. Which is why I thought Faith, Sex and Skin should also be the title of the EP.

At the time I started writing this song, I was pretty obsessed with Cherry, Cherry by Neil Diamond. I really love the fast tempo, upbeat strumming pattern of Cherry, Cherry - so I think that definitely influenced the strumming pattern in Shaky Bones. I wrote this song in Torquey last year. I was sitting on the beach watching this couple who were behaving like friends that wanted to be lovers, but neither seemed confident enough to make the first move. It reminded me of times when I’ve been so in awe of people, but too afraid to ever let them know. It’ so intense, it sends tingles up your spine and I thought a good metaphor for that was shaky bones! 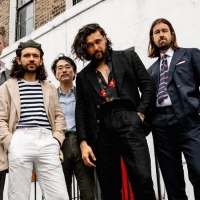 Gang of Youths' returning single - the angel of 8th ave. - captures the band at their bestIt's the first taste from Dave Le'aupepe since Go Farther In Lightness and it's classic Gangies, but this is only just the start. 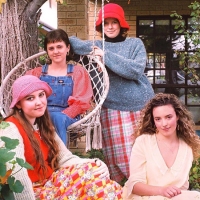 Meet smol fish, the Perth ones to watch teasing a debut EP with Like A LemonAfter making a splash in Western Australia, smol fish are now setting their sights on a bigger ocean: a debut EP.
Bands