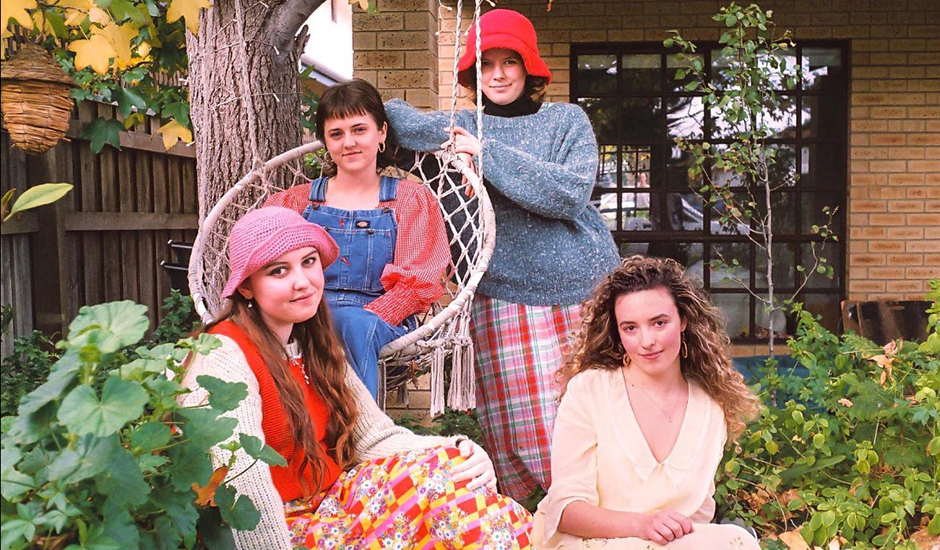 If you've seen one of the numerous Perth indie-pop/rock bands to tour over the last twelve months, then there's a chance you might've caught a glimpse of smol fish supporting them. The four-piece have blossomed into a go-to favourite for anyone in the know, enlisted by heavyweights such as Spacey Jane, Noah Dillon, Demon Days (RIP) and Jack Davies for support slots amongst shows of their own; shows where their charming pop music shine with the class and spirit that have evolved with the group's gradual progression.

Formed as the solo project of Clancy Davidson in high school, the band initially found their footings through Rock Scholars - a West Australian music school that educates and fosters developing, young musicians. It's there that Clancy found Hannah, Josie and Catherine; the group coming together in late-2018 as smol fish, an emerging four-piece making upbeat and bright indie-pop that more often than not, swivels with a darker undertone brought to the surface through intimate and personal songwriting.

Over the years, this sound has evolved into one synonymous with Perth's next generation. Last year's Cry All The Time brought a taste of it to the masses, a breakthrough for the group solidified with the release of a second single titled Sad Girl Summer earlier this year. Now, they welcome a third single - Like A Lemon - and with it, move towards the release of a debut EP, expected later this year.

Like A Lemon is a testament to smol fish's songwriting and the sound they've developed, or an introduction to it all depending on where you stand. It's a natural extension of what we've heard throughout the last 12 months from smol fish, capturing the indie-pop tidings of the band's sound as they mash their brightness together with more reflective and inward-looking lyricism, creating a contrast that smol fish seem to relish in, and will draw you with if you're not already completely on board.

"The song is about the thoughts on loop in the week of my 20th birthday," says Clancy on the single. "I’d just gotten home from New York and learned that not everyone is nice but ultimately it’s their issue not mine (sorry that you’re, so damn sour). I also kept saying 'it’s my birthday' to my partner and family so they would do nice things and they were like... it’s literally not your birthday. It doesn’t last a whole week, turning 20 is lame.

"Having just been to the Brooklyn Museum, I was thinking a lot about the universe and realised how I felt this awe and connection with the stars and the moon. The idea that everything was created by the Big Bang seemed super romantic to me and it felt cute that an exploding star had created me and all my friends and our world."

It's a wonderful single that, as mentioned, previews the band's forthcoming debut EP, scheduled for release this August. Until then, take a listen to Like A Lemon below, and introduce yourself to smol fish ahead of their big year planned - there's plenty more on the horizon.

My name is Clancy and I play and sing in smol fish! We are from Perth and are in our early 20s. Josie, Hannah and I went to high school together and I played with a band with Cat through a band program (Rock Scholars) when we were 15. We love each other very much and are super excited to be releasing music together.

Our music is usually light and upbeat but sometimes deals with some darker themes like loneliness and social anxieties. I also enjoy writing about love and closeness and often very mundane everyday things, using humour and an autobiographical lyrical style. I like to think of the songs as journals, documenting where I was at when I wrote them. I think that’s a nice way to think about it because I feel more open to change and not locked into a certain style. I aim for a simple melodicism over basic yet colourful chords. I think the songs have a cute, endearing quality about.

Most of the time I bring in an idea that usually consists of the chords, lyrics and a melody. I nearly always write in my bed. I like to be comfortable. Taking the idea into the rehearsal room is the magical part as the rest of the band take it from idea to song, coming up with their own parts and arrangement suggestions. We usually play the song live for a while before hiring the recording studio where we have heaps of fun adding new layers and getting Jack’s invaluable input (Jack is the sound engineer and producer)

Can you tell us about your single, Like A Lemon?

Like A Lemon has a kind of silliness about it. I wrote this one in my birthday week. I kept insisting that every day was my birthday so people had to be nice to me. The ‘it’s my birthday line’ is sort of an inside joke which is hilarious as having a birthday is prettyuniversal. The song is being released on Josie's birthday and premiered onour manager Bella’s. Just a big birthday anthem really…

I had also just returned from a trip to New York. I remember being at the Brooklyn Museum and reading about all sorts of science-y stuff. It just really struck me how beautiful it is that we are all here, made from an exploding star. Pretty cool.

We are planning on releasing our debut EP very soon! We have been working very hard and are super exciting to share it with everyone.

I would like for people to feel a sense of connection. We are all human and no one is perfect. It is okay to just exist and experience things and feel things. I think through writing honest songs, I am slowly losing the feeling that I will never be good enough and I think if listeners also start to lose that feeling it would be pretty cool.

All the usual streaming platforms! (Like Spotify, apple music…)

Premiere: Harper Bloom unveils and walks us through her debut EP, Faith, Sex & SkinThe Melbourne-via-Perth musician marks the arrival of her debut EP with a string of east coast shows, scheduled for the end of June. 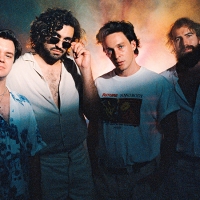 Premiere: Death By Denim unveil the clip for their latest single, Small WorldDespite only just sharing their debut album at the tail-end of last year, the Perth quick-risers are already sharing new music.
Bands