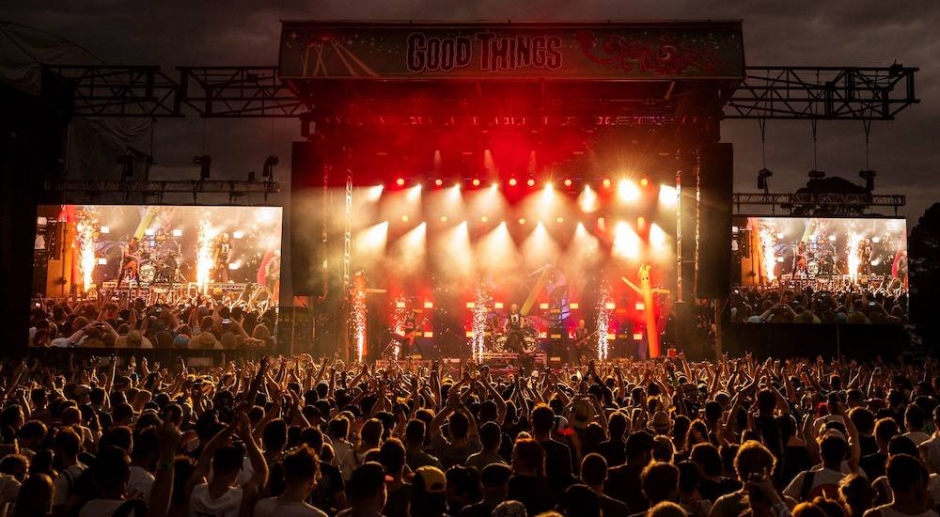 There is no greater beauty in the world than seeing someone who’s fallen down in a mosh instantly be picked up by a bunch of kind, sweaty strangers. It’s small gestures like this – along with the sharing of water being dished out at the front of the stage, and the waving around of abandoned wallets and phones at the closure of a circle pit - that define your festival experience. It may seem strange to kick off a festival recap talking about kindness, but there’s always been a notable comradery in the rock world, and punters of Good Things Festival were no exception.

Ask any attendee of the festival's Sydney show about their day and the first thing to roll off their tongue is probably (see also: definitely) going to be the heat. With temperatures rapidly rising in Parramatta Park, the conditions were less than comfortable yet fans still piled in early to reap the rewards of our local favourites. The piercing vocals of Ecca Vandal were unmissable as we walked across the scorching grounds and, standing in front of the stage, it was near impossible to take your eyes off her. The genre-melting artist dominated the stage, bouncing from side to side with ease and giving each song nothing less than 100 per cent. Broke Days, Party Nights was a clear stand-out as the whole band cut loose and paved the way for Brisbane shredders WAAX.

WAAX, in my opinion, is the perfect Good Things Festival band. From their unabashed, unfiltered, melodic-driven punk to Maz DeVito’s slightly manic yet encompassing performance, everything about this band screams alternative music, and the future of it, at its finest. Same Same, Wild & Weak and This Everything meant fans were throwing their bodies around in chaotic delight, their latest single Labrador was met with mass sing-a-longs, and the whispers of people checking in with their mosh neighbours to see if they were still doing alright warmed my cold heart. DeVito’s vocals never faltered throughout this madness, and her facial expressions were second to none across the whole day, even during a crunchy cover of Violent Soho’s In The Aisle. Both WAAX and Ecca Vandal were acts who bubbled with confidence and were anchored by distinct sounds and stage presences, surprising considering how relatively young the two artists are in their careers.

Northlane, Make Them Suffer and Tonight Alive continued to wave the Aussie flag in various afternoon slots, paralleling a large chunk of bands you probably loved if you ever went through a pop-punk/emo phase circa 2009. Pennsylvania sweethearts The Wonder Years lightened the mood early on as they whipped through a set of quintessential pop-punk hits and slightly matured recent numbers, even stopping to announce that this would be their last show; from now on, they were destined to be a WAAX tribute cover band. 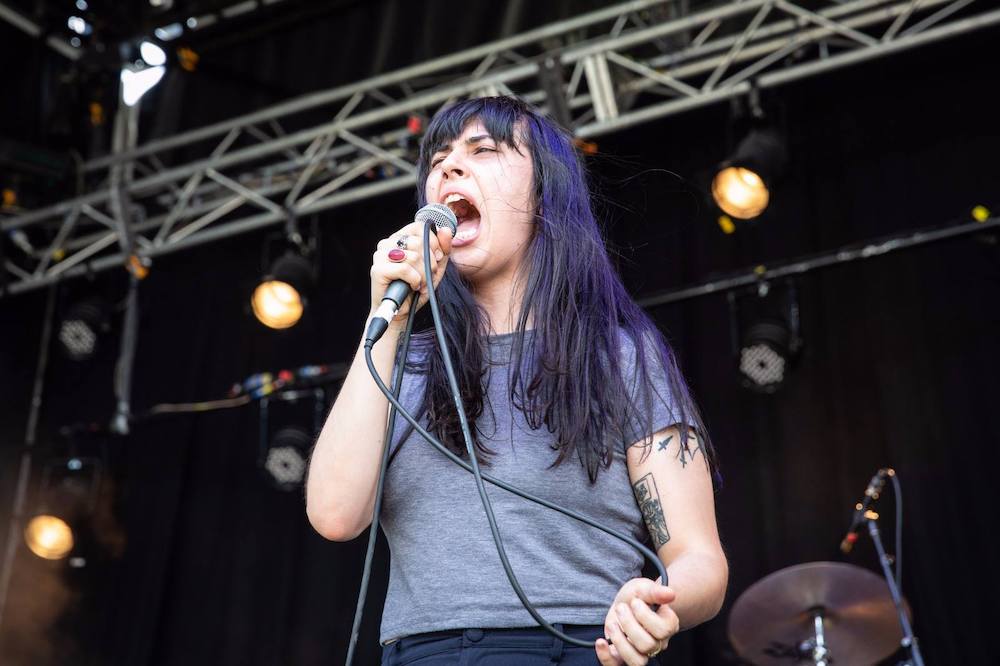 Following on from those feel-good sounds came La Dispute, a band whose touching post-hardcore material brought chills and tears to many in the audience. It takes a special kind of artist to command a huge festival crowd of thousands with spoken word and a simple melodic backing, but that’s exactly what happened when Woman (In Mirror) played. Frontman Jordan Dreyer told stories of his previous love affairs with Australia, notably that they made the journey from the US here before they even went to Europe and gushed about how he much this country feels like home. King Park, in its full seven-minute glory, reignited nostalgic feelings from die-hard La Dispute fans in 2011, as they passionately sang word for word “can I still get into heaven if I kill myself?” in an almost spiritual moment. Dreyer chimed in a few more times, openly speaking about his desire to keep the scene safe, diverse and inclusive, which was met to cheers across the crowd. Such Small Hands closed out the emotional rollercoaster of a set with Dreyer joining the crowd and passing along the microphone, bridging the gap between artist and fan in a really special moment.

Good Things wasn’t just your standard rock acts though, with Palaye Royale and SCARLXRD turning the side stages upside down. On the one hand you’ve got Remington Leith fronting the Canadian fashion-rock group in the most extravagant way possible (namely performing on top of a nearby shipping container), and on the other hand, well, you’ve got SCARLXRD. The British scream-trap duo was unlike anything I’ve seen before, layering hard rap, filthy trap beats, metal screams and so much more in what felt like a strange acid-fuelled nightmare. The blistering crowd were losing their minds - moshing, dancing, creating pits and generally going off more-so than any other crowd so far. The duo was doing exactly the same, giving maximum energy and only paused to interact with their wildly dedicated fans.

By this point in the afternoon, Parramatta Park had morphed into the sun itself and the grounds had turned into a cesspit of sweat, sunscreen and fights for the last remaining spots of shade. One poor punter who had lost his friends a measly two hours into the festival had just paid $70 to buy a purple visor literally off the head of another person. Was it a wise investment? Probably not. Did it shelter his face from the harsh UV rays? Absolutely.

Aside from the lack of shade, there were a few sound issues throughout the day, which all acts handled extremely professionally. Florida natives Mayday Parade were one band whose vocals laid pretty low in the mix, but they still gave it their all, tearing through fan favourites from the MySpace era (Jamie All Over, obviously) and a few slices from their current album Sunnyland. One of the most touching moments of the day came from a passionate sing-a-long to one of the band’s earliest cult favourites Miserable At Best. The entire crowd sang word for word, bookending the song with copious amounts of nostalgia and a whole lot of repressed emo feelings.

Rounding out the homegrown heroes was none other than pub-rockers The Smith Street Band and their rousing, cathartic repertoire. It was exactly what we’ve come to expect from the Melbourne outfit concerning their loose stage presence, the addition of Jess Locke, and an overall tight set. Fans welcomed the half-half split of their latest album More Scared Of You Than You Are Of Me with older cuts, like Surrender, Ducks Fly Together, and I Can’t Feel My Face. The energy was uplifting and led nicely into the final act of the day: The Offspring.

Age means nothing for these Cali punks apparently, as they took to the stage as if it was the first and only show they’ll ever play. It takes a special kind of band to skyrocket into international success and actually be able to maintain it, but after witnessing The Offspring in all their live glory, it’s not hard to see why the hype has transcended decades. The band alone had enough pull to satisfy punters of all ages but playing their 1994 hit album Smash in full really sealed the deal. Come Out And Play and Self Esteem had everyone from the front of the stage to the back of the field screaming along, with outlying iconic singles Pretty Fly For A White Guy and The Kids Aren’t Alright being apparent crowd-pleasers. The Offspring were a prime choice to close out an alternative festival that cleverly brought together some of the most dynamic, forward-thinking acts in the heavy realm of music.

There are always a few teething issues with new festivals, especially ones that dare to exist in the dead of summer, but overall Good Things had a pretty kickass first year. The event nailed the balance of nostalgic teen favourites versus exciting, unique up-and-comers in a way that felt seamless rather than forced for the sake of selling out. It felt authentic, driven and centred around the music rather than acting as a place to get trashed with your mates. Punters who flocked to Good Things were dedicated, interactive and down to have a good time without being a dickhead - a comradery that existed from the first act to the last. There’s room to expand the line-up into a more diverse territory in future years with almost endless possibilities, maybe even with the addition of a solely Australian stage, but for now, it was the best start possible.

Until next time, Good Things. I’ll remember to put at least three layers of sunscreen on to try and avoid another horrific shirt tan that’ll haunt me for the rest of summer. 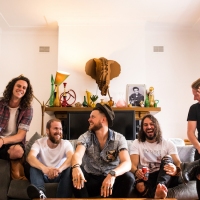 Get to know Ruby Tuesdays and their laidback new jam, Why You Always Gotta Fight MeThey're launching it with a big show at The Heritage Hotel in February next year. 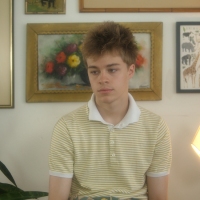