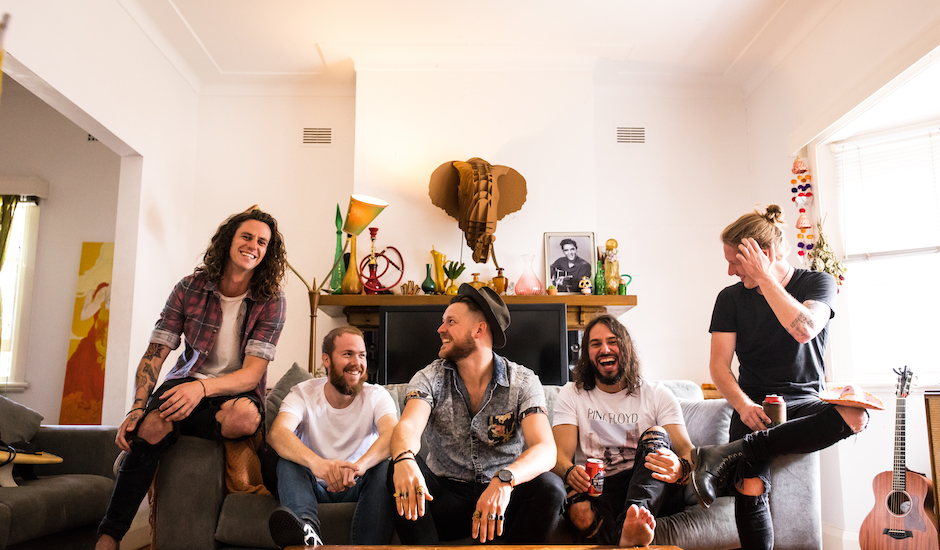 Why You Always Gotta Fight Me is the new single from Wollongong-based five-piece, one that recently scored a new black-and-white video clip keeping in line with the track's somewhat somber mood. Guitarist/vocalist Shaun Snider fills us in: "For the video we thought we’d do something different to our other clips, which are basically just us miming to the songs... Somehow we were lucky enough to trick former Miss Earth, Lyndell Kean, to get on board. We shot a story that gives you snapshots into the dissolution of a relationship. We also wanted to capture and relay the energy from our live shows. Once we mixed footage from the two to make what I think is our best clip yet."

The band are launching the single early next year with a big old party at The Heritage Hotel on February 23 (info/tickets HERE), but in the mean time you can get to know 'em a little better below:

We are a bunch of five loveable larrikins - Paul Keys, Shaun Snider, Andrew Banovich, Mate Jones and Michael Mears. We had been playing gigs with different bands for years and have also been close friends for a long time. We loved what each other were doing and had a huge appreciation for each others styles and talents so we decided to pull our fingers out and write some original music that worked on the chemistry we had but also captured our contrasting styles and influences.

Stone cold bangers that will make your daddy cry and grandma kick it. Mix tender ballads that call back to an early John Farnham to party anthems not unlike mid-career John Farnham. We try to write songs that are technically challenging but also songs that are close and real to our experiences through life.

We spend a lot of time writing/fighting. Normally there is red wine and Chinese food. What’s easy isn’t good and what’s good isn’t easy. Sometimes songs might start from one band member but it’s never finished – we never really get ALL the words or ALL the music until everyone is there and has their take on the song. In the beginning it was more drinking, jamming riffs and melodies and then writing lyrics to fit over the top. Now we are finding we have a concept or theme at the start and see where the song takes us - which has ultimately ended up in being some of our stronger songs.

Can you tell us about your new single, Why You Always Gotta Fight Me?

Around the time I (Shaun) was in a difficult point of a relationship and started reading a lot of poems that really kind of reflected how I felt. I read 'Funeral Blues' by W.H Auden and just fell in love with the words. The first lines in the song are from that poem. I read another poem by Charlotte Mew that had the line “the things that kill us seem blind to the death they give”, which just floored me. Personally I really like the shift between Mate’s real close, personal delivery and then Keysie coming in at the end like a screaming demon to tell you it’s all fucked. Ultimately, it’s a tale of love, loss, heartbreak, and ultimately accepting fate. All our songs are heartfelt and from experiences we’ve gone through, although this song marks an evolution in style for us and hopefully the most message driven song we’ve written yet.

2019 aims to be a juicy year for us. We have our single launch at Heritage Hotel on Feb 23rd and a bunch of other dates before and after (cough cough…tour) soon to be announced. Stay tuned… 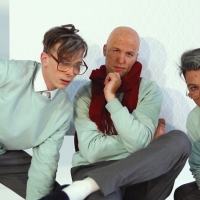 Premiere: Halcyon Drive get a few grey hairs in the clip for Only YouthIn a bid to "explore the idea of what do we do with our youth" in a bit of a different way, the Melbourne electro-rock group get a makeover. 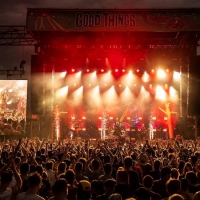 Good Things takes us back to the heyday of Australian mega-festivalsRising from the ashes of Soundwave and Big Day Out, Good Things was a celebration of community, kindness and nostalgia.
Bands