Having four years of gigging under your belt is a pretty good foundation for any artist - let alone one who just turned 18  a few weeks ago, but that’s just where future local star Mia June finds herself. Before releasing a single piece of recorded music, June has supported artists like Stella Donnelly, Sly Withers, Noah Dillon, Jack Davies, Supathick and more, as well as a slot at last year’s Hyperfest.

With the successful introduction of her band at The Aardvark earlier this year, the wait for recorded music is (nearly!) over, with debut single Fish in a Bowl releasing on March 14. Ahead of release, you can give it an advanced spin today on Pilerats, and get to know Mia below!

I’m 18 years old, live in Perth WA, and currently study music at WAAPA. Songwriting is my absolute favourite thing to do, and I love going to gigs and seeing my friends play music! My hobbies include collecting stickers to put on my car and listening to Taylor Swift.

When and why did you start playing & writing music?

I’ve been writing songs for as long as I remember, and started learning the guitar and getting singing lessons when I was around 8. I’ve always felt such a release in writing music, lyrics especially, even as a little kid I filled heaps of notebooks with songs (not very good ones). I was introduced to gigging when I was around 13-14 and have been lucky to play music with people that love it as much as I do since then.

My creative process starts with lyrics usually drawn from personal circumstances or emotions or previous things I’ve written down, I generally have an idea of the melody I want and then mess around on the guitar until I find chords I’m happy with. Once I have a solid idea of the structure of the song, lyrics and melody, I’ll bring it into my band and we fill it out.

Tell us about Fish in a Bowl?

I wrote Fish In A Bowl a couple of years ago in high school and it helped to release a lot of healthy teenage angst. Its very cathartic to play and to perform and I’m hoping it’ll be just as cathartic to have it out. It feels special that this song is my debut single as its been with me for so long, and is very representative of my teens to me.

How did you start playing live shows and scoring sweet support slots?

I started off in a band program called Rock Scholars that gives young musicians opportunities to join bands and play all ages shows, from there I started playing around at various all ages venues with different projects. Eventually I started my own band and through seeking out opportunities and gigging a lot I got some great opportunities to open for bands I look up to a lot! Being active and supportive in the scene has helped to score amazing support slots that I’m very grateful for!

Come to gigs! Listen to the single! Tell your friends about the gigs and the single!

My band and I have some recording planned to (hopefully) release some more music later this year. Got some cool gigs lined up to be announced soon also! 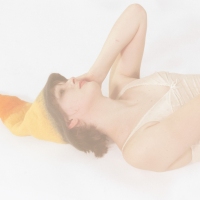 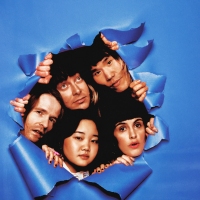 Watch: Superorganism - TeenagerIndie pop faves make anticipated return as only they can with a song as fun as the video is trippy
Bands