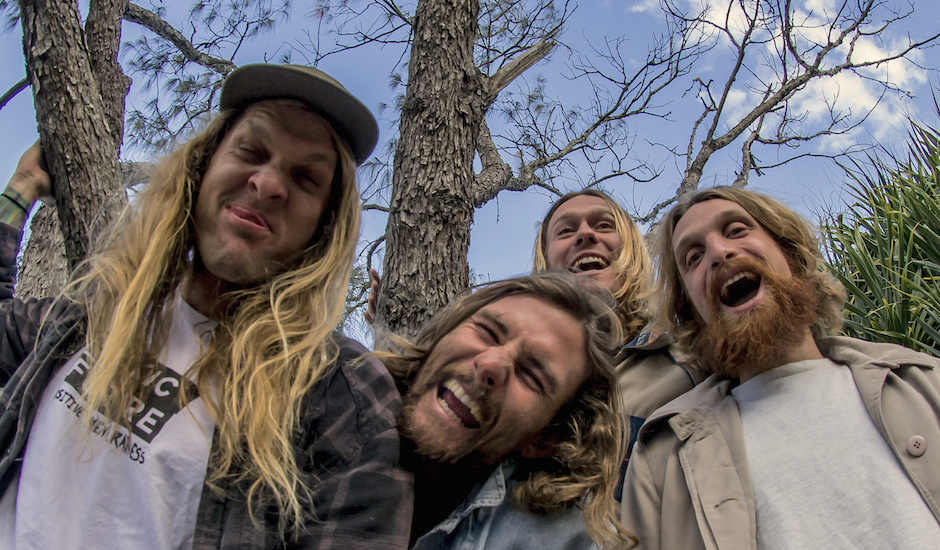 Byron Bay. A coastal oasis in northern NSW. Defined by sun, sand and surf this is a place that literally exudes happiness. A place that jovial rockers Waxhead call home.

It hasn’t taken these boys long to prick the ears of punters not only here in Australia but across the oceans in Indonesia and even further in the far-off lands of Japan and Europe.

You’d think between whirlwind tours a band would be skint of spare time. Fortunately not in the case of Waxhead, as it was this very time off that allowed them to hunker down and record their second EP Cruise Control. Recorded on weekend retreats to the hills of the picturesque Music Farm Studios (valued at over $3 million) in Byron Bay.

Announcing the arrival of the new EP (due out early 2016), the boys have gifted us Brussels and its accompanying video.

“You have arrived at your destination, windows up, grab those sunnies and don’t let the seagulls steal your chips.” Filmed entirely in black and white at frantic speed we grasp insight into tour life, Europa-style! Crammed full of racy snare drum, bass chords and infectious electric guitar, Brussels is a breakneck rock anthem. The flying shots are thanks to Will Hayles, a videographer who is currently piecing together a visual tour diary of the journey.

Speaking to the boys, I discovered the tune is a recount of their head spinning road trip throughout Europe, where they actually passed Brussels on four separate occasions. They even slide in a cheeky dig at the UN “when Geneva meets the poor from France will Gypsies dance?”

To Waxhead, Brussels appeared to be a perfect escape from the monotonous traffic jams on Parisian highways…so why not write a song about it?

Cop the wacky fun of it all below: 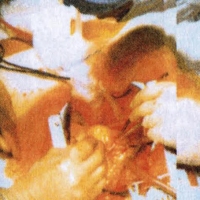 Track By Track: Tiny Little Houses - You Tore Out My Heart EPThe Melbourne four-piece give us some insight into their fantastic new EP. 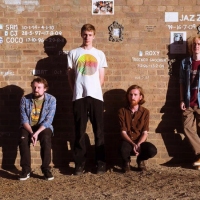 Watch: Moreton - Down + Out